Just posted a graphic in the Xhaka thread take a look. Xhaka actually doesn’t progress the ball more they are for all intents and purposes equal except Dani creates more shot opportunities plus is a much better defender in the middle of the pitch. Xhaka is quite literally a nothing player.

If where just having posts highlighting shitness between Dani and Xhaka I won’t have enough likes to give out.

Ehhhh. Look at today’s game where we have more movement in our set up and suddenly he seems like a quite a capable passer. More so than Xhaka did and has done with the same players.

It still shows that Xhaka is progressing the ball fairly well but isn’t making passes that will lead to assists. Still better than Ceballos in that department.

Btw, not sure why we’re arguing here. Both Ceballos and Xhaka shouldn’t be playing for Arsenal come next season anyway.

It still shows that Xhaka is progressing the ball fairly well but isn’t making passes that will lead to assists. Still better than Ceballos in that department.

Its like 7.0 per 90 for Dani and 7.3 per 90 for Xhaka, that’s so marginal it doesn’t even matter lol. That chart is also just progressive passes per 90, and it doesn’t talk about distance which Dani also has the edge in. Then we get to ball progression through dribbling and Dani has the edge by a lot.

So Dani progresses the ball further per 90, plus has all the intangibles like actually reading a game, being able to intercept, and make tackles without getting red cards unlike Xhaka. I mean it’s not even a comparison Dani >>>>>> Xhaka all dey and twice on Sunday.

Do you think Ceballos is good enough for Arsenal aspirations should be, that is the PL and UCL?

Ceballos has been too inconsistent during his time here and cannot justify a 25m+ outlay.

He’s a strange player. He clearly ‘has it’ but isn’t nearly as consistent enough. I think he needs to fully commit himself to a club come this transfer window or in the summer to help him settle down. You might see some consistency then.

Dani Ceballos: "A third year on loan? No, my goal is to return to Real Madrid & be important at the best club in the world. I believe one day I'll come back & be able to return the affection that the fans showed me. For various reasons, I didn't leave the club in the best manner" https://t.co/7btUwsXgay

Fuck off today if you want bum.

I swear I’ve seen Ceballos state that a thousand times and Madrid always don’t bother with him.
Take a hint lad.

Dani Ceballos: “A third year on loan? No, my goal is to return to Real Madrid & be important at the best club in the world. I believe one day I’ll come back & be able to return the affection that the fans showed me. For various reasons, I didn’t leave the club in the best manner” https://t.co/7btUwsXgay

He wants to be at Real Madrid, they don’t want him, so he insults the club that are now paying his wages.
I’m guessing that self awareness and PR are not his strong points.

Passing, tackling and goal scoring could be added to that list.

Dude can’t even meet our expectations, the only Real he’ll be playing for will be Sociedad.

Dude can’t even meet our expectations, the only Real he’ll be playing for will be Sociedad.

Tbf he said some other things which are phrased more gently about the club/manager:

Dani Ceballos on Arteta: "Mikel is a coach that suits me like a glove because he played in the same position as me. He wants us to play forwards when we steal [the ball]" #Arsenal standard.co.uk/sport/football…

Dani Ceballos: “I signed a long contract with [Real] Madrid. I have two & a half years left. My goal is to succeed at Arsenal. My wish is to wear the Madrid shirt. He [Zidane] told me that he needed me to play & get minutes. He was clear with me.” [Cadena SER] #afc https://t.co/sfLsYokGHJ 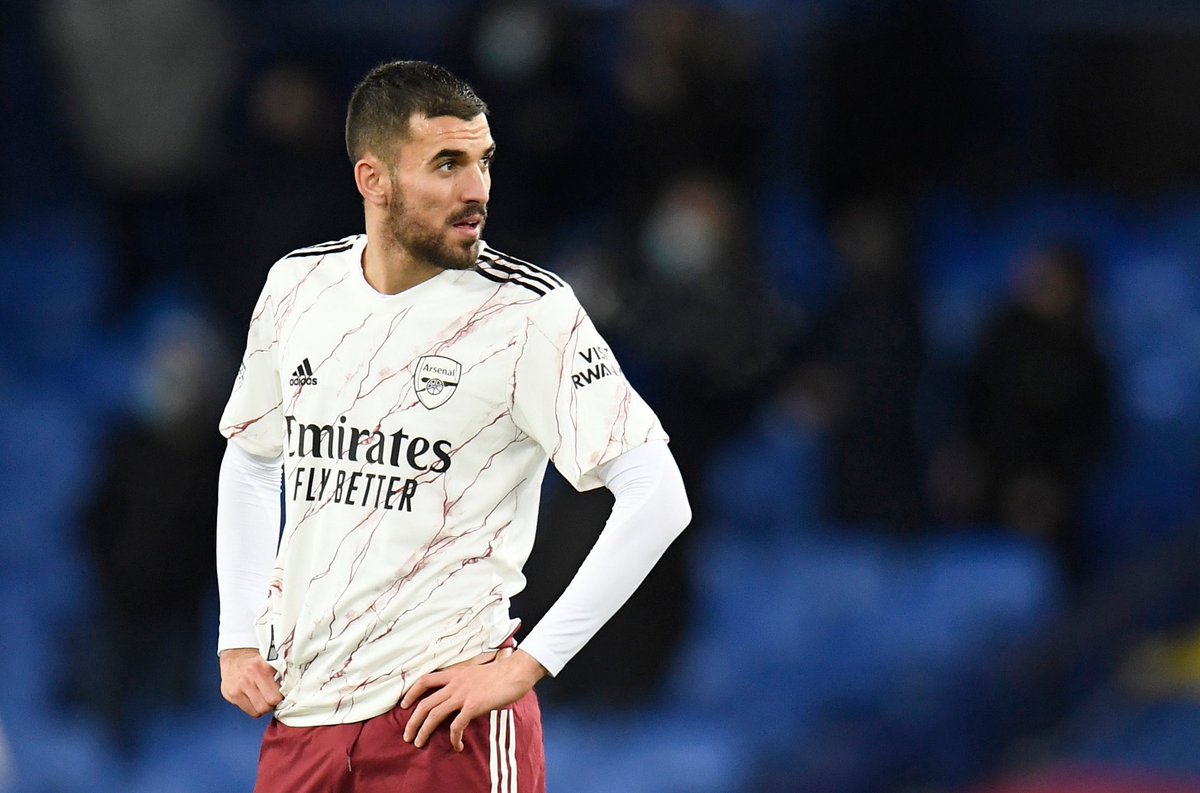 In past Sky Sports interviews he has also praised Arsenal massively before. But he does talk about returning to Real alot.

For me, he clearly shows passion for the team when he’s playing for us (recent example - celebration for 3rd goal against West Brom).

But his true heart is elsewhere so not bothered if he ultimately goes back to Spain.

Totally fine if his aim is to be a regular for Real, you’d at least hope that means he’s motivated to work his hardest while he’s still with us, cos it’s unlikely he makes it there if he can’t cut it here.

I don’t wanna be too snarky about him being ambitious, cos its a good character trait for anyone to have, particularly sports people, but I think he’s on one if he thinks he’s ever gonna be a key player for Madrid, based on what I’ve seen in the past year and a half.

@Joshua
Damn, you said it before me