I call you a prick because you are one. It’s not necessarily a bad thing. It can be a turn on. Right @Midfield_Maestro ?

But in general I actually quite like arguing with you. And being right. All the time.

Putting all the mistakes and cards a side for a minute.
The biggest issue is how we have been set up around him and it’s impact on those around.
Last season when he was missing nothing improved which says a lot about others around him but also a bit about Arteta not changing tactics.
This season we now seem to being a shift in this on new players and also Arteta adjusting to their needs.
We need to move on from Xhaka and can now.

Xhaka has now made eight mistakes leading to goals since joining the Gunners in 2016-17, more than any other outfield player in the Premier League by at least three.

Xhaka made five of those mistakes in his last two seasons under Wenger. In the last two years he’s made two mistakes leading to a goal, the same as Kante and Rodri.

I don’t think yellow cards are much of an issue. Correct me if I’m wrong, but I don’t recall him picking up a second yellow. That suggests he can control his game.

A lot of the time when he’s been red carded, it’s after a giveaway by the team or him. He tries to take a yellow card and taking one for the team by committing a tactical foul. A few time he’s adjudged to have gone overboard.

the same as Kante and Rodri.

We’re not allowed to be nice about Xhaka. @JakeyBoy who watches everything will come at you.

It’s just a shame that he’s a vastly inferior player to both of those two. If he was as good as them I’d be more tolerant of his mistakes, but it’s not like the rest of his game makes up for his mistakes and flaws.

Also doesn’t take into account the amount of times he’s been dispossessed in dangerous areas and not been punished.

Agreed. Last season if we were down Xhaka or Partey our game was noticeably down.
Says a lot about Dani Ballerino and Tutankhamun Vieira too.
Doesn’t seem to be the case anymore. In general, we’re slowly getting to a stage where a player or two missing doesn’t ruin our game. Tierney is another good example. Have barely noticed he was out. Wasn’t the case last season.
Whether that’s down to the the players now or Arteta I don’t know.

Apparently we’re not allowed to post stats showing why Xhaka isn’t that good either.

How is this agenda when these are just facts being posted.

And the team seem to be doing okay without him getting our shit defence out of trouble.

But isn’t our defence quite good right now though? I wouldn’t know as I don’t watch anymore but it sounds like it.

You can find stats to suit any agenda.

But isn’t our defence quite good right now though?

Yep. Even though White was apparently a waste of money and people didn’t like Tomiyasu despite seeing zero minutes of him play.

Bayern currently trailing against Augsburg, that would be a monumental turn up.

I still have no idea how Choupo-Moting found himself at PSG and Bayern.

I still have no idea how Choupo-Moting found himself at PSG and Bayern.

His career path is preposterous. Stoke to PSG! Was a year too late to hitch a ride on the Bayern Treble train. Could you even imagine?

Bayern Munich trio Joshua Kimmich, Serge Gnabry and Jamal Musiala are having to be separated from the squad as Bavaria tightens it's Covid-19 restrictions. 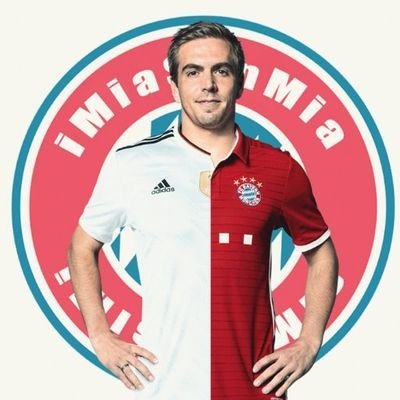 @iMiaSanMia
Internal talks between the club and the unvaccinated players have intensified. The bosses put forward the pros of the vaccination, while the players mentioned the cons. Understanding for the views of the club has increased significantly among *some* players, but not all [Kicker]

@iMiaSanMia
The arguments presented by the club's bosses recently were 'more detailed' and 'deeper' than in September or October, however as of now there's no definitive promise from the players to take the vaccine [Kicker]

@iMiaSanMia
At Säbener Straße, they still hope that some of the players in question will still rethink, but the various attempts at persuasion that the FCB bosses are undertaking in permanent dialogue have so far not had the desired immediate effect [Kicker]
shamrockgooner 21 November 2021 23:04 #4253

Live images of the Bayern bosses convincing the players to take it.

I read that Bayern aren’t going to pay the unvaccinated players if they miss games due to having to isolate. Seems harsh.

They won’t miss them anyway.

Don’t think that’s what she’s referring to, Unvaccinated and vaccinated players both have to miss games due to isolation rules, she’s is saying it’s harsh that they won’t be getting paid.

Yes thank you for missing the joke