Wonder if theres any chance this may be postponed because of the announced rail strikes.

I think people were saying we should be fine as most people will be getting the tube anyway so not really an issue that trains are striking.

The Brighton game on the hand will be an issue as lots of people will be travelling by train to that, is what people were saying.

It’s not all train lines and tube will still run. Games go ahead on Boxing Day with no national rail at all, so don’t see the problem here.

Train strikes might be inconvenient but that’s no reason for postponement on all most any game nowadays.
Teams can’t afford the calling off of games either tbh.

@England
A fresh look for our home kit. 👌​ ​ Buy yours now: eng.football/xZOBht https://t.co/Rtd0a9cm2m 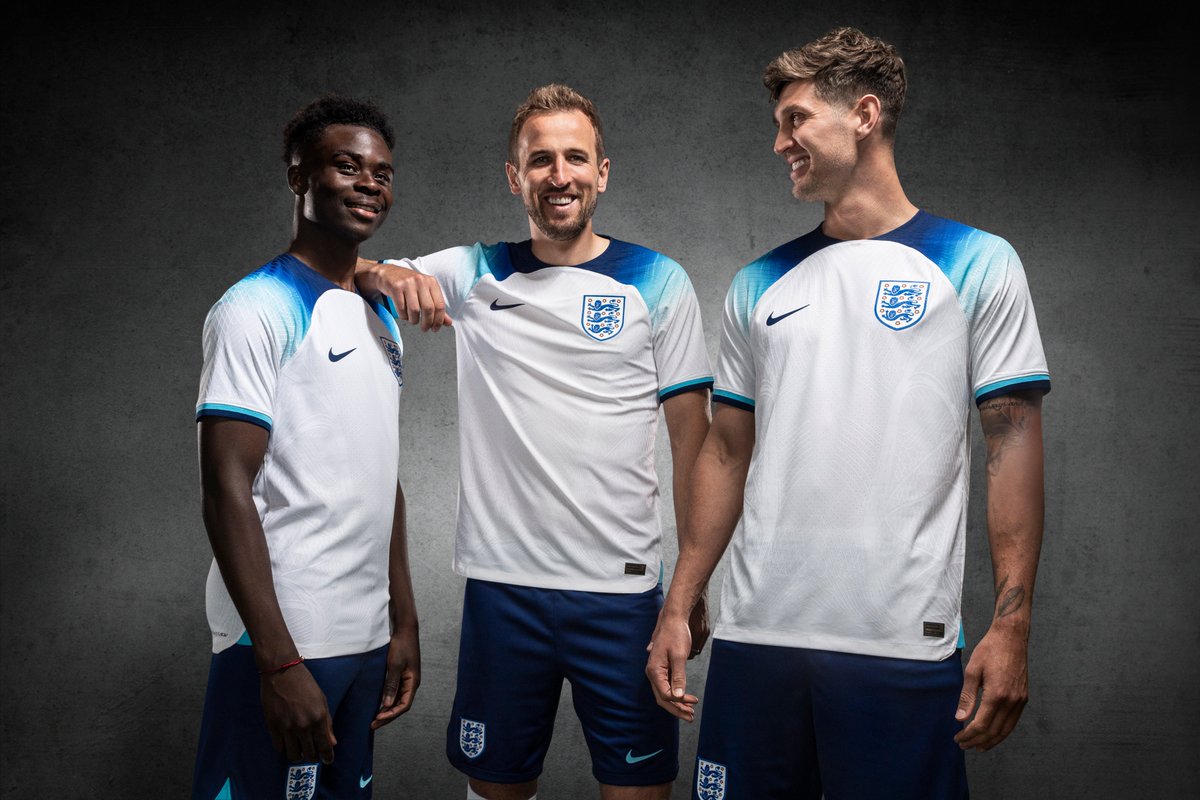 Excuse me Harry get your arm off Buyako

Saka denied him his first ever trophy.

The likelihood of having a Xhaka / Lokonga combination in this one makes me less confident, if that’s the case probably swaying more towards a draw as opposed to the win I originally predicted.

Tierney needs to be at LB for this game anyway

It’s still an untried partnership and he still isn’t Partey though.

Hopefully Partey is just such a minor knock and he’s ok, but it’s hard to be optimistic given his history.

but it’s hard to be optimistic given his history.

And his very particular history against Spurs doesn’t bode well

I’d love us to spank these fuckers in this game to such an extent that Conte reaches out to Juve right after the game to signal his availability.

If City with their insane first team can lose to these cunts trying to play Pepball, then we are even more susceptible to losing in the exact same way. Being killed on the counter.

I’m very, very concerned that we’re going to try and dominate the ball without an ounce of pragmatism. And get punished when we lose the ball high up the pitch.

Spurs will set the most obvious trap in the world for us. And we’re going to walk straight into it.

Spurs will set the most obvious trap in the world for us. And we’re going to walk straight into it

A lot will depend on simply how effective we will be in front of the goal.
I’m sure we’ll create and impose ourselves on the pitch. If we can score one of the early chances we have a great chance to dominate and control the rest of the game and get an convincing win.
We could just calmly keep possession, hide the ball, frustrate them, even score more on some half counters…

But if we don’t manage to score and keep going forward, leaving the space behind to counter, we all know it could get ugly, even worse than against United. They’re one of the beat teams in Europe, probably THE best, to punish you when you leave too much space behind.

I think we have to be somewhat patient and not let ourselves burn out, pushing for the goal too much… We’re far better in possession, we just have to be patient, careful at the back, and the goal will come eventually.

I just don’t want to see us being the “better” team, creating chances, being around their box most od the time, but ending with a comfortable win for them, and it could easily go like that if we’re too naive.

This feels like when we used to play Bayern in our annual CL meeting and playing against Robben. Everyone knows he is going to cut in on his left and score and yet we, every other team, looked dumbfounded when he continuously pulled this play off, time and time again.

I hope we have a better plan than United. They aren’t nearly as potent as Spurs are with their counters and they scored three against us, while we generally outplayed them.
We can’t be walking away from this game thinking we played really well but lost the game to them this time. A 1-0 win for me will do in this fixture. Just win it!

Excuse me Harry get your arm off Buyako

I honestly don’t see all this lack of pragmatism or comparison with past Wenger maulings in Europe.
Yeah our strategy is mainly possession based but we are a much more rounded side now.
Obviously spuds have a chance but it’s a much more difficult game for them than us.
I really don’t get the plaudits people give us and then start turning flakey at the prospect of this game.
Thankfully Arteta and this team won’t be.

We were a bit naive away at United. I very much doubt we’ll make the same mistakes at home against this lot. I’m sure the atmosphere will be grand and we’re quite rightly favourites here.

The most important thing for me, Finish Our Chances!

@afcstuff
On this day in 2021: Arsenal scored three goals in the opening 35 minutes to blitz Tottenham, through goals from Emile Smith Rowe, Pierre-Emerick Aubameyang & Bukayo Saka, as they overtook their London rivals in the league table, despite losing their opening three matches. #afc https://t.co/CejEZwYkoS 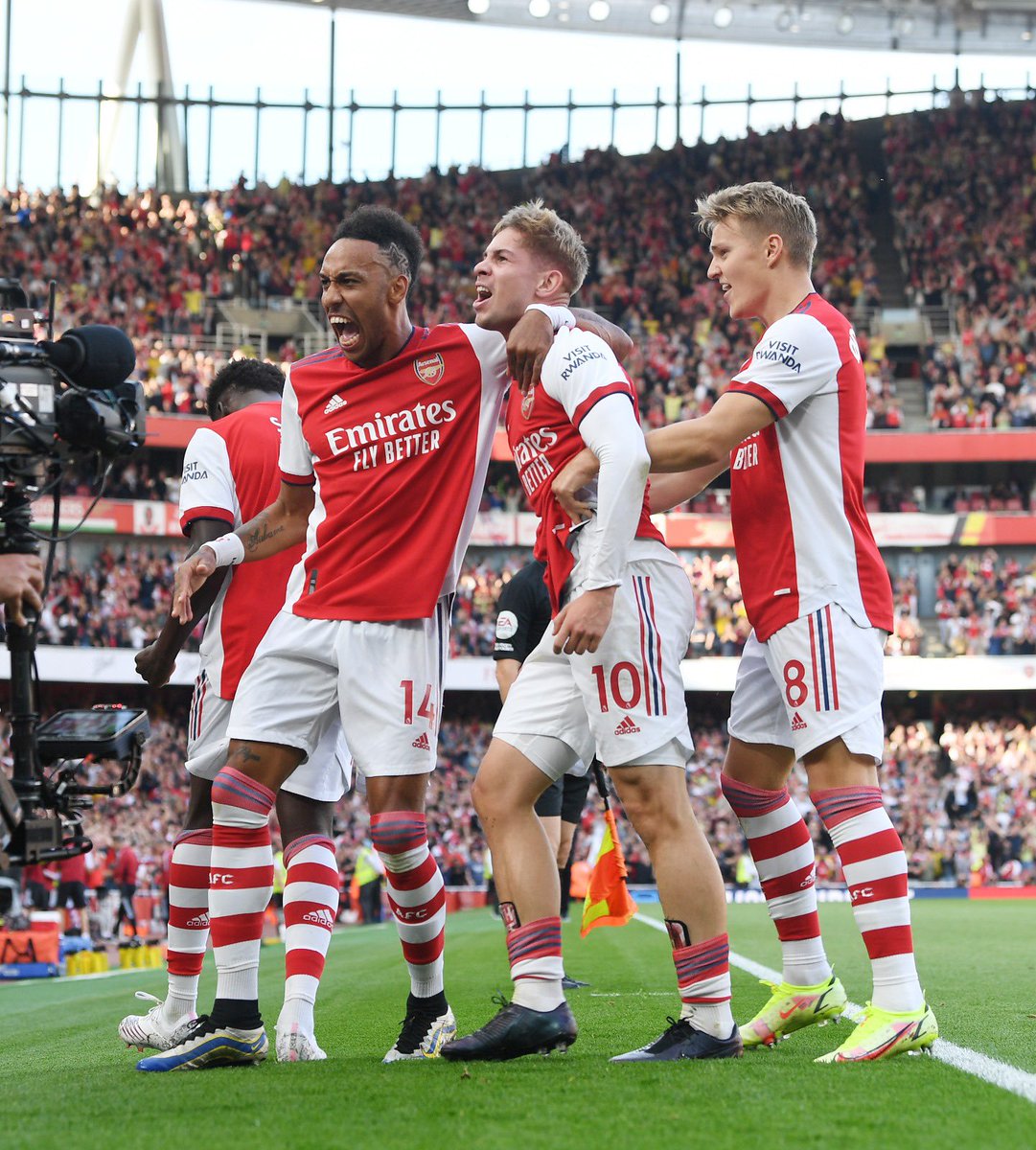 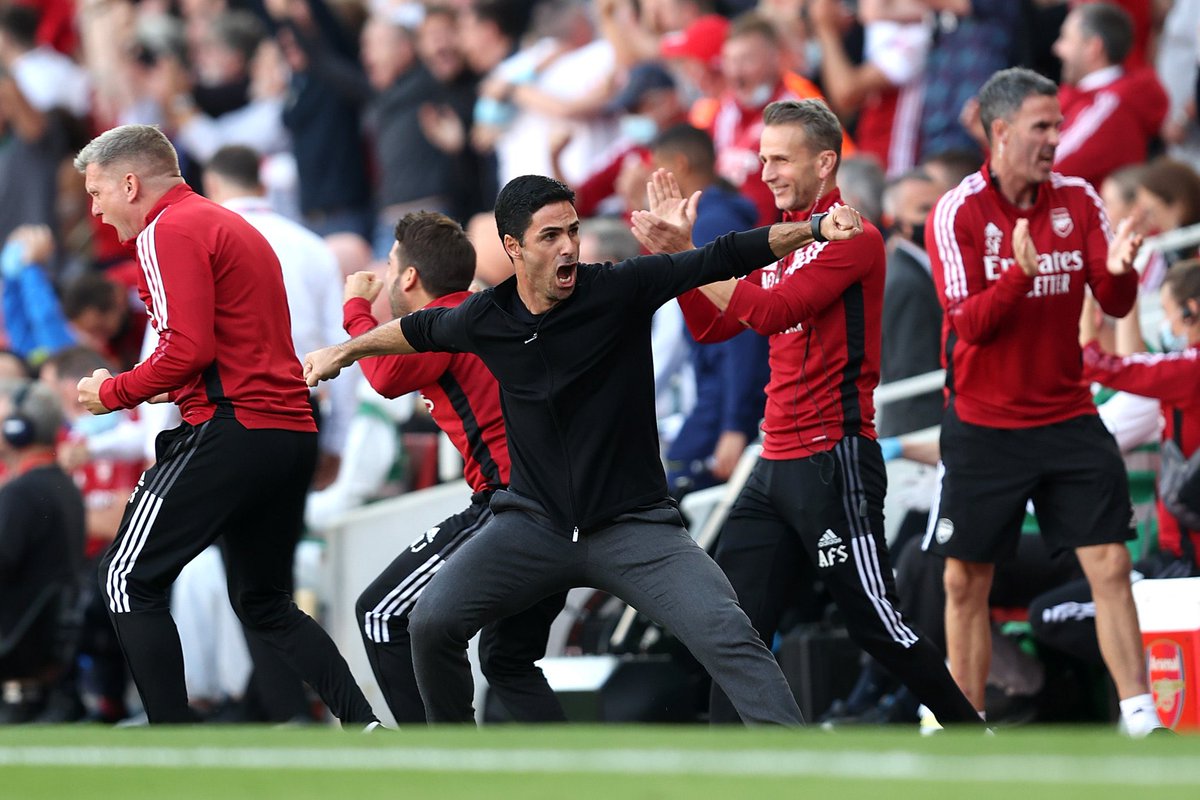 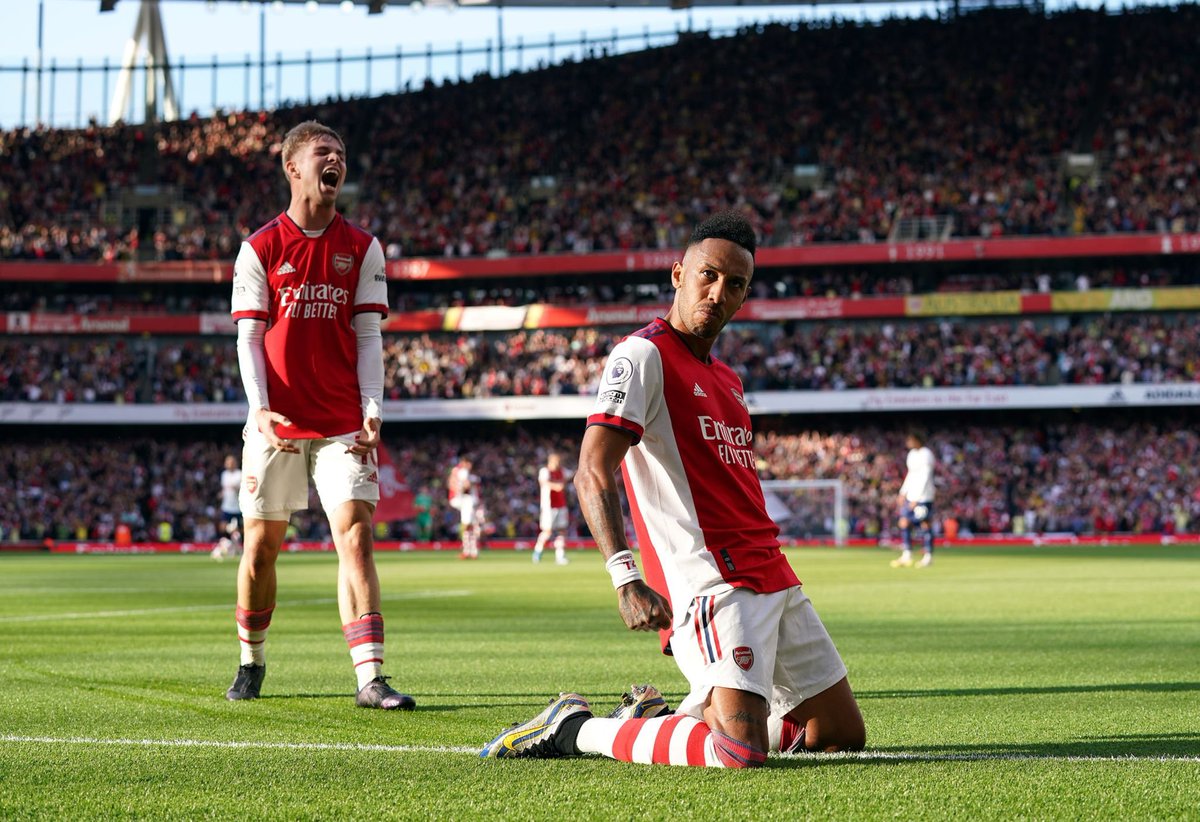 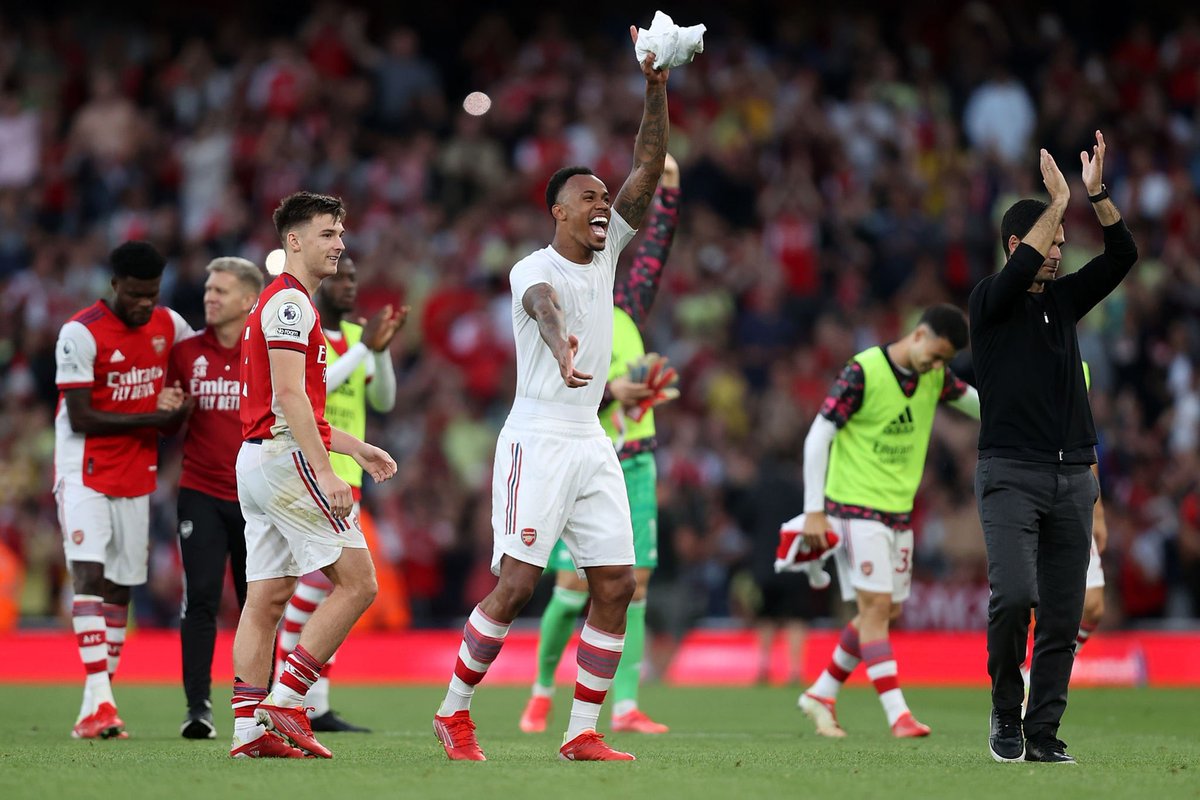