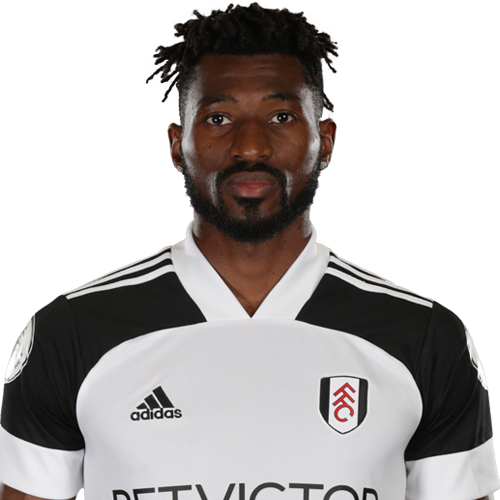 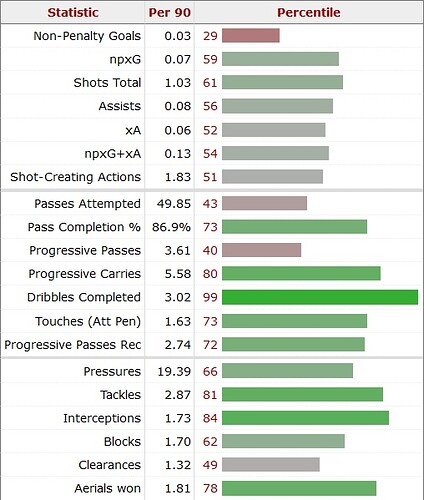 If we’re targeting players somewhat in the Bissouma mold but don’t want to end up having to pay £40-45m, it’s possible a player like Anguissa could be available for less and especially now given Fulham’s relegation. In many ways I think Anguissa is more ideal that Bissouma, he offers solid defensive cover but is better moving forward and his stats in terms of progressive carries, dribbles completed etc. are excellent. He’s a really dynamic, all round midfielder.

We could fill a midfield with his names alone

People are far too reliant on statistics at this time of the season. Barely paints a fraction of the picture with the player. We should know that better than anyone with our statistical God tier signings in Xhaka and Mustafi.

Is that kind of player supposed to keep a team up

Xhaka has always had shit stats, he was scouted for over a year by our old scouting department they just simply missed. That transfer was more old school. Mustafi has great stats but anyone worth their salt in football analytics will tell you CBs are exempt in that aspect. Only way to know if a CB is any good is to scout him extensively.

That’s not really down to him though it’s more a symptom of the side he was in, when they went down the first time he spent a season on loan at Villarreal and did quite well for a side that finished 5th in La Liga. He shouldn’t be anywhere near the Championship imo.

People cream themselves over Xhaka’s stats mate. Statistically he’s probably better than Kante and Viera combined. Means absolutely nothing though in real life.

His stats are fucking terrible the only one stat where he’s good is progressive passing so when u see those graphs that ppl post its all his passing percentage and progressive passing with zero context. It’s not stats that an football analytics person would put any value in.

Lmao also no. Please feel free to link some statistical analysis that proves this

People are far too reliant on statistics at this time of the season. Barely paints a fraction of the picture with the player. We should know that better than anyone with our statistical God tier signings in Xhaka and Mustafi.

Stats don’t tell you everything of course but they are a way of explaining what’s happening if you can interpret them accurately. I think that it’s foolish to take an approach without stats at all but also stupid to only focus on them without watching the match, there should be a balance.

A good example of how stats may not illustrate the picture accurately is that Van Dijk has always had really low interception and tackling numbers for a centre-back since arriving at Liverpool which if you didn’t know anything about football you might look at it and think this isn’t a top defender when obviously those numbers are way lower for him because he’s been playing in a world class team (last season) where he hardly has to defend for huge periods of matches. It’s about knowing to to interpret them.

I do remember Arsenal fans championing Mustafi stats over VVD’s lmao. Another resounding success for the use of statistics in quantifying talent in the game.

Don’t think anyone championed it, I think we mostly just laughed at that.

Mustafi is certainly an example of how analytics can be used poorly, but he’s one example. Take a look at how Brentford have operated in recent seasons and some of the players they’ve found with their clear data-led approach. They basically went with the “money ball” framework and were able to sign players like Olie Watkins and Neal Maupay for peanuts and then resell them for exponential fees comparatively and improve the team. They’ve done this continually in recent years and because they know what they’re doing, it has worked. Taking such an approach for that kind of club is a major reason why they’re now in the Premier League.

Remember multiple games where he played quite well but the team just didn’t have that cutting edge to score.

Yeh don’t get me wrong I like analytical research in most aspects of life and I don’t think it’s totally useless in football scouting I just think that the eye test airways trumps it. Using it on its own is dangerous and I’m a big believer that a little information can be more dangerous than no information at all.

Yeah and someone made a phone call.