What does ECW have to do with what he’s saying though?
He’s talking about WCW’s mismanagement.
WCW had all the talent in the world but their heads was so far up their ass the self sabotaged themselves.
Anyone remember this shit? 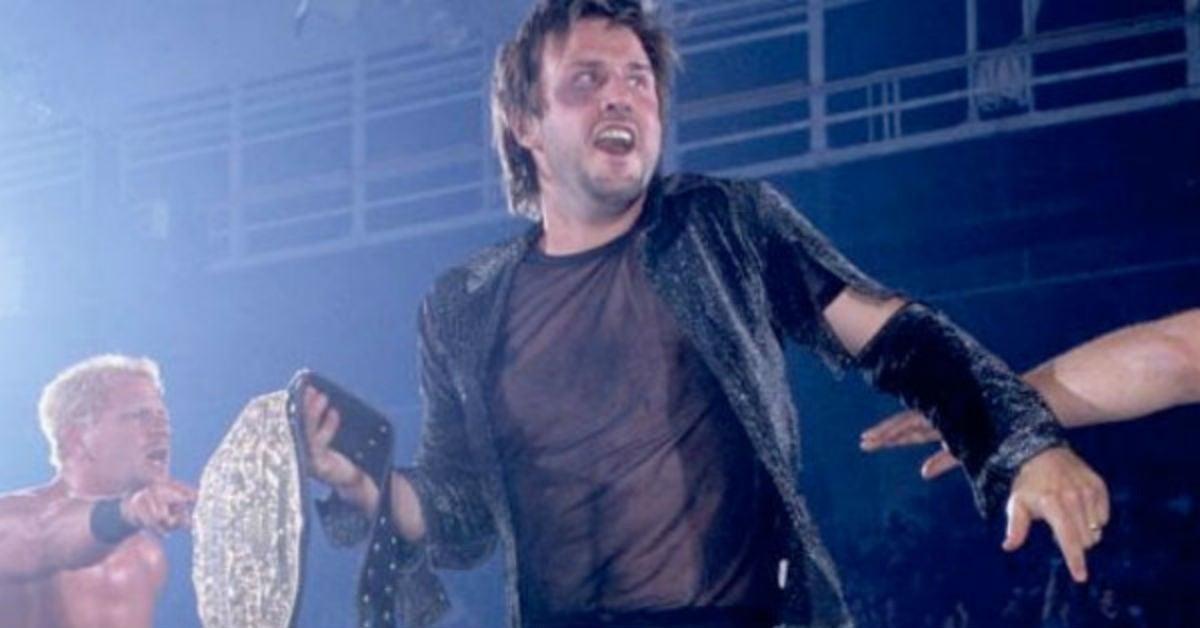 I think that’s a harsh take. Roman has main evented / been heavily featured on every ppv since Summerslam 2020 and worked a full schedule doing the builds to all of them. He’s definitely due some time off.

Vince: “Congratulations Dustin, we’re making you the champion”
Cody: “Wait, really? What am I saying? Let’s do this! You won’t regret this Vince!”
Vince: “I know I won’t. What a story huh? 30 years in the making…”

I’ve seen a lot of people who treat liking AEW like supporting a football team take this line on twitter. It was just a way to continue his storyline with Seth, and try and get viewers in for the third hour of Raw. The extent to which those AEW fans want Cody to fail and jump on any sign it might happen is a bit cringey to be honest.

And for that matter, a secondary title was as high an honour as Cody got on screen in AEW. His own fault in part, admittedly.

Tbh, I did have it in the background yesterday in hopes that Zigman was back from his time off.

They did indeed plug the shit out of that match trying to get people to tune in for the Title match.
I did find Cody advertising MITB very interesting. They’ve also implied that MITB will work differently this time.
They’re certainly squeezing all the juice they can from him.

Not sure if you’ve seen the news but Roman is either reducing his dates by a ton or even taking time off the next months.
There could be a scenario where they put the US and IC titles on some bigger names(like Cody) to help live shows close with a Title match.

Tbh, I did have it in the background yesterday in hopes that Zigman was back from his time off.

They did indeed plug the shit out of that match trying to get people to tune in for the Title match.
I did find Cody advertising MITB very interesting. They’ve also implied that MITB will work differently this time.
They’re certainly squeezing all the juice they can from him.

Not sure if you’ve seen the news but Roman is either reducing his dates by a ton or even taking time off the next months.
There could be a scenario where they put the US and IC titles on some bigger names(like Cody) to help live shows close with a Title match.

Possibly. I think they’ll persist with Theory as US champ for a little while yet though, they’re really building him up. They’ve had no problem doing without a top title for a couple of months in the past when Lesnar held it. I definitely think Romans due the time off. I’ve seen some suggestions he might even still wrestle the ppvs in that period, just not doing any tv or house shows.

I think all the signs are WWE have gone all in on Cody. As you say, choosing him to promote the big MITB show seems quite telling. His move has generated a lot of buzz and I think this is the most over he’s ever been. I liked his first WWE run I’ve seen most of his AEW matches and and though I always found him entertaining this is definitely the most interested I’ve been in him, and I think some credit has to go to WWE going well out of their way to present him as he was in AEW which is not their normal approach with an outside star at all.

I still think he was the most over at the start of AEW when he had that match with Dustin, his feud with Jericho(still Jericho’s best feud in AEW to date) and then his feud with MJF.

Props to WWE for giving him the second W against Rollins though. Thought they were going the 50/50 route there. Don’t think it’s a good thing that he continues this program with Seth though. Seth is eventually gonna get his win back

Not sure about the language, bro.

@DavidHillier MJF is about ruin his momentum.

Dynamite was mad this last week btw. Best one in ages.

Toni Storm and Jaymie Hayter the only weak match but even that wasn’t bad.

Yeah, it was great.
I think this was the first one in a while that was great from start to finish. All segments were home runs.

Anyway, not sure if you’ve kept up with the story but there was an update on MJF’s contract situation. It sounds like he and Tony are not on the best of terms and apparently as things stand he plans to leave in 2024.

From reports, it appears that he wants a raise and Tony is willing to do that by giving him a new deal. The caveat is, MJF wants a pay rise and but to keep his deal ending in 2024. This is now putting Tony in a tough spot. Talent and people backstage are currently siding with Tony too.

I think it’s clear that everything was leading to MJF getting the title by next year but this is a very tricky situation now.
I mean, do you just build him and risk losing him to WWE in 18 months?
If this roles were flipped, WWE(Vince) would bury MJF so deep nobody would touch him by 2024.

MJF shouldn’t go to WWE, he wouldn’t be the same at all there because of the PG rating

He doesn’t strike me as someone who would shy away from it.
With news that Roman is on his last run, there is an opening for new crop of top guys.
If you’re as confident as MJF and the money is right, you are certainly gonna entertain that prospect.

@Josh is right. MJF would be totally misused at WWE. Incredible first pop but that’s it.

We’ve seen it with Bobby Roode.

This is the nature of two established wrestling promotions. Just like with WCW in the past. Wrestlers have leverage to negotiate a better deal for themselves.

Where do you stand on it?

I think it’s pretty daft from MJF to risk his position like that. He was bound to be the face of the promotion. He now gives Tony a reason to hold back on pushing him.
Perhaps he doesn’t think Tony has it in him to stop pushing him?
I guess we’ll see how cutthroat Tony is…

A storyline where Bray kayfabe buries MJF ahead of his departure would be great.

Who do you think is heel and face in Hangman v Punk @GC-Maniac ?

So hard to tell. Punk being the theatrical villain in Long Island helped Hangman’s cause.

Me personally? I say good on MJF. This industry has not been a kind one to it’s employees historically. Get what you can out of it.

If as a fan of AEW? I dunno. I don’t watch it. I’m sure you and Dave have your perspectives on how valuable (or not) MJF is to the promotion.

I will say he will definitely find out life is very different in WWE if he did jump ship. Vince McMahon just works and operates differently.

It’s an odd one. I think they’ve done a good job to make this feud a bit unpredictable. Initially I thought Punk was winning at Double Or Nothing and perhaps Page could come out the feud turning but it’s so open now.

They’ve done that with the Owen Hart tournament as well. I could have seen all of the participants going all the way.
Keeps you on your toes which is great.

I guess it’s key to see where Cody is a year from now.
A good reference for him.