William Saliba (Out on loan)

Interesting that not enough fuss has been made about Fabrizio saying we’ll go for a CB if Luiz goes.
Surely that dumps the theory that Saliba will be our starting RCB next season.

Are we actually gonna sell him?

What the fuck are we doing? I know he’s still raw but he’s young enough to be coachable.

I assume there isn’t a lot of fuss because most Arsenal fans aren’t super online and digging into some of the Twitter or Reddit rumors about Saliba, Arteta’s mismanagement of the situation and Saliba’s subsequent comments about being in exile or whatever. For your casual fan he’s just a young guy on loan “somewhere”.

It wouldn’t shock me at all if we sold him. Arteta clearly doesn’t rate him or want to work with him. Same goes for Martinelli. Same goes for Pepe. The issue is that Arteta’s been empowered to freeze guys out. This isn’t Man City. We cannot just freeze out young talent or expensive young talent just because.

This is the issue with having the direction of the club being steered by the head coach.

We need a DOF is ensure consistent medium and long term planning.

William Saliba on Instagram turning on the style during training 🔥 https://t.co/MRyhzppZ0a

But can you defend?

Always thought there was a bit of Brazilian in him because of his name.
William Alain André Gabriel Saliba.

He looks so physically imposing in that video.

Yep, that’s his best attribute. The guy is a tank.
When I watched him at Saint-Etienne he didn’t even need to jump to win headers or push a bit to win duels.

Btw, he does look much more fit now. His legs are ripped. Looked like he gained a bit of weight when he joined us last summer. 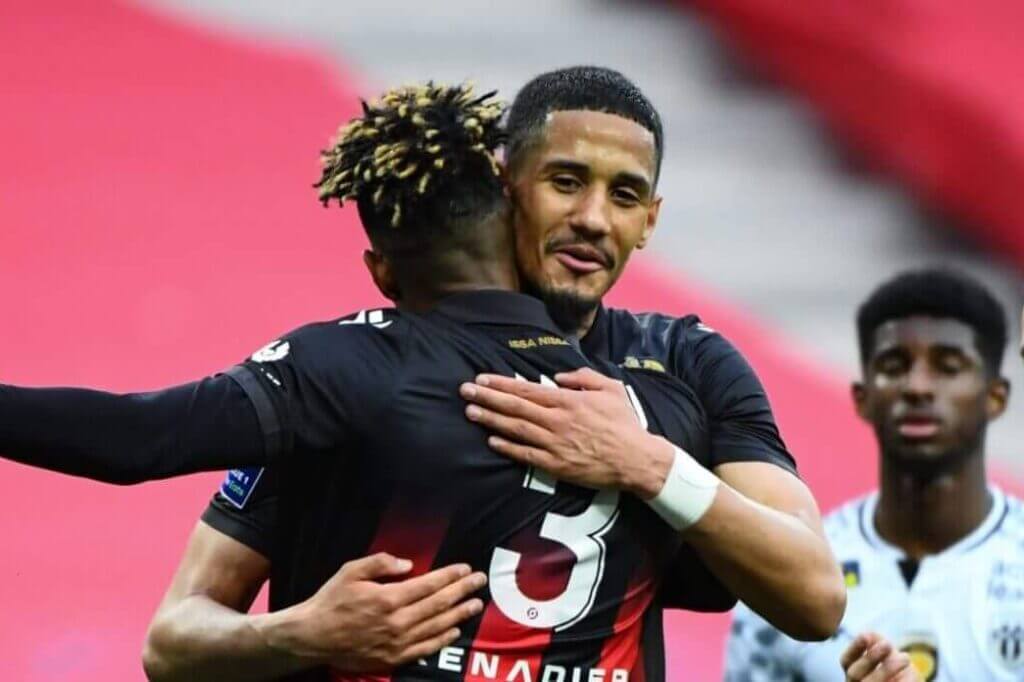 Saliba is thriving at Nice, which can only be good news for Arsenal

After struggling to impress Mikel Arteta from the off, the young Frenchman is keeping up his end of the bargain in Ligue 1

News just in: Arteta is still a fucking clown

A small extract below

Many in France are curious as to why he was not trusted by an Arsenal team who are renowned for mistakes at the back. Saliba doesn’t make many. L’Equipe, notorious for being frugal with their match-day marks, have regularly scored him as one of Nice’s top performers.

Nice are so happy with Saliba they last week presented the case for his impact with a statistical analysis that demonstrated his positive influence both at the club and more widely in the league. The analysis showed he was the best in the Nice squad for aerial duels, top for touches of the ball, is the player who has made the most passes and is second-best for interceptions. Across the numbers, he is consistently rating extremely highly for his team, and impressively highly league-wide.

Since returning to France, he has never been dribbled past or beaten by an opponent on the floor, and has been in the top five in the league for ball recoveries. Ursea has praised him for bringing “confidence” to the team and calmness in his temperament.

Saliba went immediately into the team after joining Nice in January — after precious little training to fine-tune his fitness or get used to any of his team-mates — and has been a fixture ever since. He has missed only two matches, both against Marseille, omissions which were forced on the coach. The first was on a technicality. The match in February at the Stade Velodrome was rescheduled and the rules in Ligue 1 only permit the use of players who were in the squad at the time of the original date which was before Saliba arrived. The 3-0 win over Marseille that he missed last month was because he contracted COVID-19. But apart from that, he has been ever-present for every minute and consistently reliable.

Saliba is thriving at Nice, which can only be good news for Arsenal – The Athletic

News just in: Arteta is still a fucking clown

A small extract below

Many in France are curious as to why he was not trusted by an Arsenal team who are renowned for mistakes at the back. Saliba doesn’t make many.

Nope. He has made his fair share of mistakes there that lead to goals. He always gets commended about his talent, especially on the ball but he still needs to reduce those errors from his game.
Granted, he didn’t play any senior official games since the lockdown last year.

Get this guy into the squad next season ffs, so fucking fed up of these constant twitter updates from France reminding us how bizarrely we’ve handled him.

I’m fine with him going on loan this year although it should have happened over the summer. But if we’re not bringing him back and trying to integrate him into the first team - not even necessarily as a regular starter, but in cup matches and some well chosen league appearances at first with an eye to him taking the starting RCB job when he is ready - then something is really wrong with the player development model at the club.

To be fair, if we are indeed signing a RCB to replace Luiz then I wouldn’t mind Saliba going out on a season long loan and get as many minutes as he can under his belt.
There are some lower end PL teams I think he will do well and won’t have as much spotlight on him.
Norwich and Brighton to name a few. 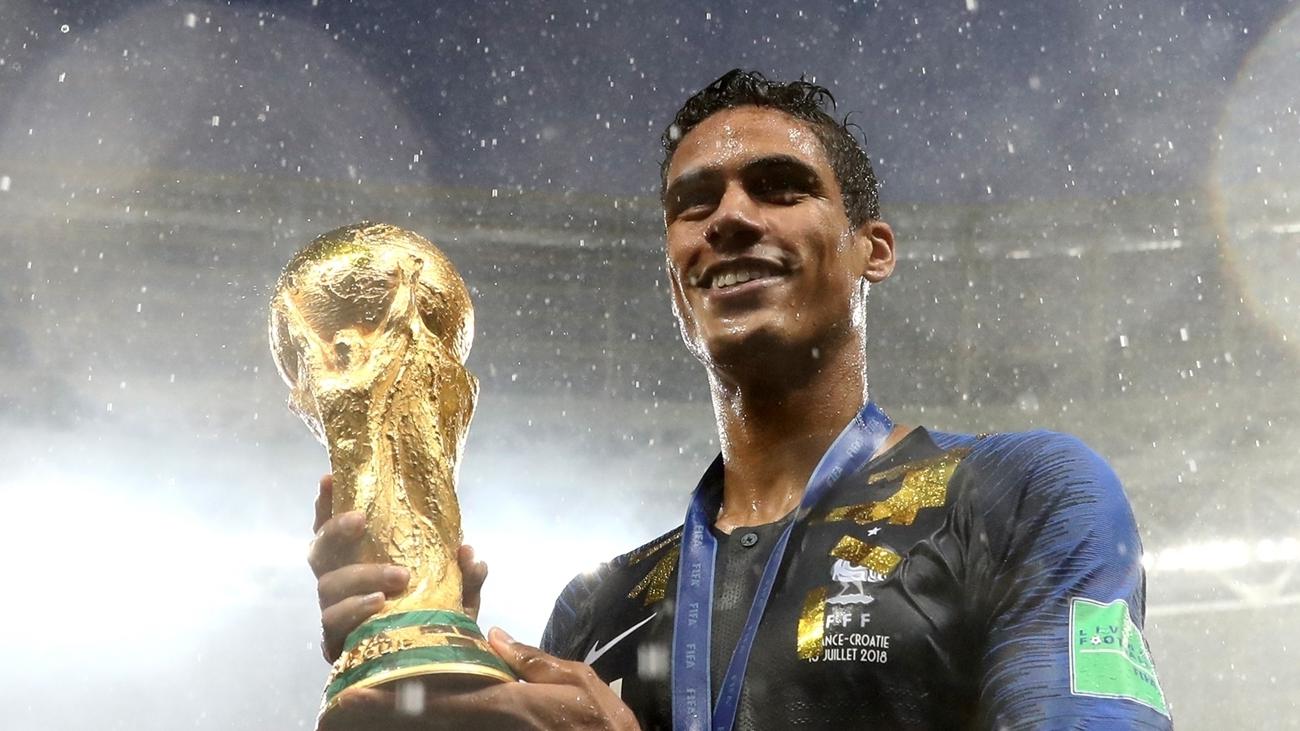 I hear he wants a new challenge. I have a mighty one for him.

.@ChrisWheatley_: “It is more likely he [Mavropanos] will extend his loan deal but a permanent departure can’t be ruled out either. That would mean Saliba will come back for pre-season. Arteta & his coaching staff felt he was too raw & needed to improve on many aspects.” #afc

That’s a fair criticism. Still, big fuck up to not register him in the squad and then botch sorting out a loan for him.

Still, big fuck up to not register him in the squad and then botch sorting out a loan for him.

I think for a lot of us this was the thing that fucking pissed us off more than whether he went on loan or was part of our squad.