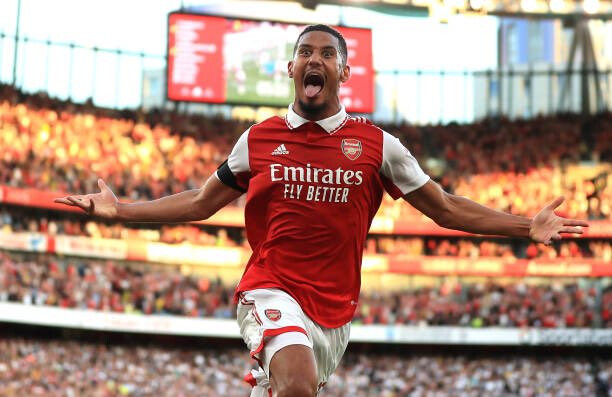 GFFN: Saliba is sad about not staying with Marseille

GFFN are better off just pretending like Saliba doesn’t exist.

They need to keep Saliba’s name out their damn mouths. Hell, I never tweet but I might go and abuse those turnip farmer loving cunts if they mention his name

He did not play yesterday, so I forgot, haha

I think putting Tomi in is pretty much the same, and I would like White rotating the CB position with Gabriel Rudy Galetti had a lot of misfires during the transfer window, so take his tweets with a pinch of salt.

No doubt Saliba will extend though.

Trustworthy Bernaise sauce? If so im gonna cream myself All night. Tequila!!!

I really hope so, can honestly see this guy ending up at Real Madrid, Barcelona or PSG in a few years, but if he does we want it to be for a huge fee.

I said it earlier, RM will target him as a galactico in a couple of years. Hefty overpriced fee incoming

I really really hope so

Fix your avi. if you need a new one i have a catalogue of options for you PM me.

I am really surprised that he will sign the extension… probably because we have a really good start of the season and he locked down the starting position, which we thought he would be only a rotation/backup to White and Gabriel

Or we end up paying him to leave.

Or we end up paying him to leave.

It is the Arsenal way.