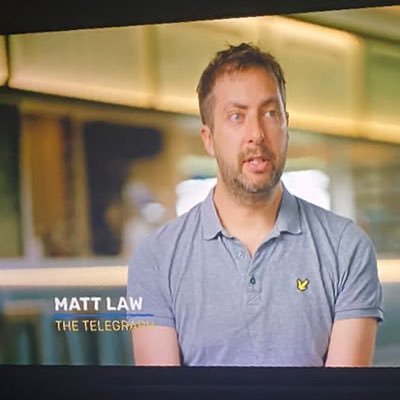 @Matt_Law_DT
England stars set for World Cup cash bonanza - Todd Boehly was at the Iran game to see Bellingham and Rice star but faces a battle to sign either man for Chelsea. Mount and Saka contract news also here telegraph.co.uk/world-cup/2022…

Rice to cost around 70m next summer. Can see us being in the mix for him.

Rice goes to Chelsea - he’s a fan and they pay big money. They can also chuck West Ham some Loftus Cheek, Colwill or other fringe player size bone.

Mbappe Dembele Giroud and Griezmann also added to Todd Boehly’s shortlist in the past 4 hours.

Rice would be such a huge signing.

he would snap, crackle and pop right into our team

Rice would be a game changer - literally. Partey and Rice at the base of the midfield would be like an unpassable wall with the ability to attack.

He’d be very close to the top of a wishlist, but as a Chelsea fan who came from the academy, it’s unlikely that he doesn’t go there. Pep might be able to turn his head.

Rice was my No.1 midfield choice last summer and I hope we would be in for him in next summer., especially at that sort of price. Absolute game changer and obvious alternative for a DM to Partey. Based on his age and profile he could be the dominant DM in the PL for the next 8 years. We could also throw in some fringe players to West Ham…Pepe anyone?

But you can’t have rice on its own, so how about Bellingham as his midfield partner. He looks like the perfect No.8 and an immediate upgrade on Xhaka.

Based on the transfer fees being rumoured, if we went in for them, that would pretty much be our whole transfer budget on two players, but what a way to transform the team! One of the reasons if we do buy in January, we need to be clever who we target and how much we spend.

Rice and Partey is pretty quality.

My unrealistic wishlist below:

Bellingham in the summer (70m plus Lokonga)
Zaha (20m)
Skriniar in the summer (free transfer)
Danilo (25m)
Ferran Torres (loan with option).
ESR trained to play as an 8.

I wouldn’t say Bellingham is unrealistic if we get top 4 and CL next season. We have an excellent young team that is showing its potential. If we ever had a chance of getting a talent like Bellingham, it’s this summer and personally I think we would represent a better option than Liverpool, Utd or Chelsea now. City would obviously be favourites but maybe he would like coming into our team as the first choice midfielder in that position.

Danilo seems pretty likely in January, so not sure if you mean he is unrealistic as a summer transfer target?

Zaha is too old now IMO. Was all in favour a few years back but opportunity has gone. Skriniar is a RCB isn’t he? Would think if we are going to go in for a new CB would would want a LCB to cover/rotate with Gabriel?

Torres would be great but can’t see him leaving Barca. Did think he could be a loan option in January though. Raphinha is another possibility if it didn’t work out at Barca.

Not a fan of Depay. Mudryk rumours seem to have legs…could be one for January or the summer. Depends how silly they are on the fee!

Tielemans…who knows. Maybe we are lining him up as a free transfer next summer, but maybe there are other better options out there, like Bellingham that we should be after now…

Jota at Celtic is an excellent young prospect. Touch, finish, dribbling ability.
Would suit us down to the ground. Another Portuguese speaker.

We’d be competing with Europe’s elite for Bellingham. Competing with teams who would give him 250 plus a week. Can we really be giving Bellingham more than Jesus and Partey?

I’m on the Zaha train. Perfect age for us with Martinelli, Saka and ESR being so young. Easy to pick up, in the form of his life in terms of output and a Gooner. Torres isn’t starting so could be attainable. He has the Spanish link with Arteta and can play across the front line. He also knows the league.

Danilo is only in the unrealistic list due to the cost of all the players mentioned. Two new midfielders is very un-Arsenal like.

I’m on the Zaha train.

Just as well we have Mick Lynch to sort this out.

Btw, that boy Leao stinks. Wouldn’t want him anywhere near the club. Shitty attitude. Came in as a sub and worked less than almost 38 year old Ronaldo.
Abundance of talent but he won’t get as far as he should acting like this.

Any links with Goncalo? He looks tidy.

Reckon he’s gonna be hot property in the upcoming transfer windows while clubs are looking for strikers.

Haven’t seen anything linking us to him. Can see him being a pain in the ass if he comes to the PL though.