Get into these cunts!! COYG

1 1 we won’t lose. Belief back in the camp tonight.

Still have us down to beat these cunts

Badly need Smith-Rowe and Tomi back.

If not we should have some false positives.

If ESR, Tomi and Saka aren’t fit we lose.

I think our lineup for Spurs picks itself at this point. Has to be 3 at the back again with Chambers, White and Gabriel. With Smith Rowe and Ode most likely out. Hopefully Tomi back by Sunday at least.

@PlanetFPLPod
Arsenal potentially below the threshold for available players at the weekend. They 'might' ask for the game to be postponed. Tottenham will probably be happy if they do.

Why would Spurs be happy about it?

Really tough with the absences and a lot more expectation to go forward. Always a hard place for us to get a result.

I’d take a point and just about keep them at arms length for a week.

Why would Spurs be happy about it?

They are missing a few players as well and have important league games against Leicester and Chelsea the following week. I could see them favoring a postponement.

I don’t think we will. We aren’t Liverpool

@GurjitAFC
Arteta on if the game against Tottenham could be postponed: "I don't know. It's a possibility in any game from our side, from the opponents' side, because of the amount of issues that everybody is having & because it's happening every week" #Arsenal https://t.co/X35fYZzR3h

Time to cash this muthafuka 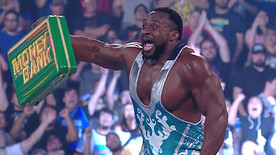 Without a doubt lol

He should phone Klopp for advice

Add Odegaard to that list. We have no attacking players. Just Martinelli and Laca. I don’t count Eddie.

In terms of first team field players, those that seem available are:

That’s 13 players, so technically enough to play unless Kola comes down with a mysterious knock in training, etc. But its obviously a shit selection, especially since 8/13 are defenders. After that its all basically U21 players who either haven’t played in the PL before or haven’t even played for the first team in any competition at all - Patino, Hutchinson, Biereth, Salah-Eddine, etc.

If Smith-Rowe and Tomiyasu don’t seem likely, I think we should push to postpone the fixture for sure. Other clubs are bending to the rules to their own advantage and we can’t just let ourselves get fucked in response. Rest a full week before the Liverpool second leg, by which time ESR, Tomi, and Odegaard are probably all back, then play Spurs later in the spring when we’re closer to full strength. And maybe even Vlahovic.

Yes it means they will have Son back, but our absentees list is much worse at the moment. Full strength we’ll beat this lot. Maybe even have Viola Vlahovic up front by then.

Surely red cards don’t count for pushing you over a threshold to cancel a game. You get punished and you miss the player. That’s the entire point of a ban.