Despite being critical of Pepe, I wouldn’t sell him so soon. 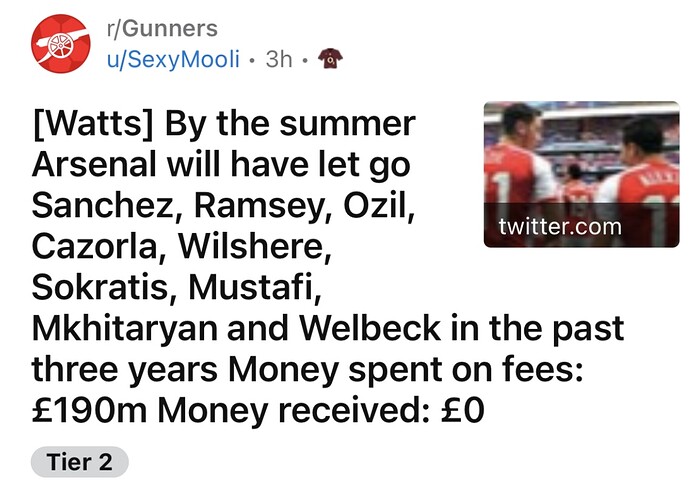 I don’t mind them going for free if they have given us value for what we paid for them.
Sanchez, Ramsey, Cazorla were complete value for money; and even Ozil prior to contract extension.
Sokratis is fine.
It’s the likes of Mustafi, Mkhitaryan, Welbeck who have been complete duds.

Sanchez wasn’t free, but I get the point.

The only one in that pile we should’ve kept was Santi and let’s not pretend we haven’t had years of use out of all of those.
The average age of that lot is also 30.2 years. 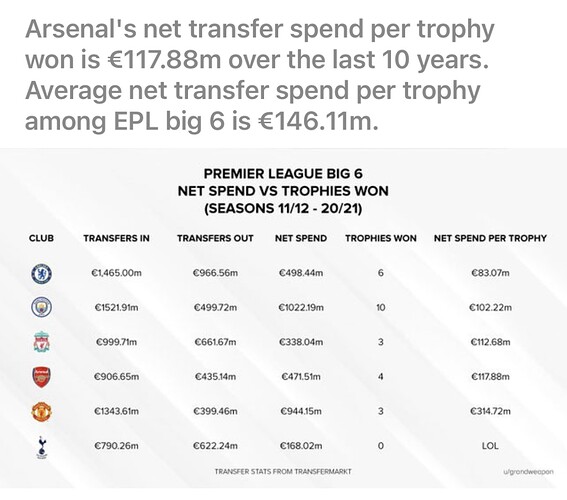 Just shows how badly we’ve managed our fucking resources. Actually shocking when compared to some of the other teams.

Nice net spend per trophy for the Spuds though

We had a net spend of 471m and around 200m of that was on Xhaka, Lacazette, Mustafi and Pepe.
No wonder we’ve only won four trophies.

Nice to see spurs doing do well.
The last time they won a league title calculators had only just been invented.

Here is a picture of a young spurs fan trying to work out when they last won the league title, using what would have been a modern calculator from that era. 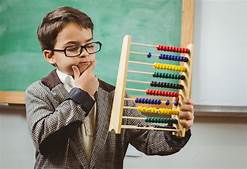 Shows like I thought Liverpool and Arsenal pretty comparable on resources.

Yeah exactly, shows what a massive difference a good manager and competent board can make. 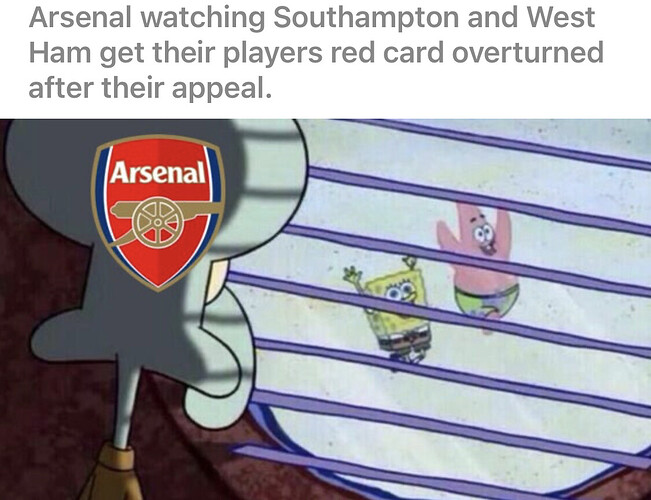 Players got their handsome paychecks (Sadly I include Auba in this). I doubt the club’s position bothers them that much.

Going to quote @Joshua and say we’re a micro penis team now possible heading towards nano penis team. We lack the “Pashun” and fire needed to give teams a proper dicking.

We’re pretty much just a mid table club right now, finished 8th last season and sitting 10th after 25 games this campaign. It seems that the club is happy to accept that standing also as it isn’t like managers are getting sacked frequently either.

Going to quote @Joshua and say we’re a micro penis team now possible heading towards nano penis team. We lack the “Pashun” and fire needed to give teams a proper dicking.

I think it’s even worse. A micro-penis is obviously a serious medical condition that can’t be changed. These players are better than this, so they can change things.

They aren’t Top 4 better but definitely not this bad. It’s something in our preparation and concentration. We don’t do the little things right.

It’s not even the Sad Dick Energy football we played under Emery. It’s like worse than that. It’s Emo Wiener Football.

bro I nearly just choked on my drink.

bro I nearly just choked on my drink. 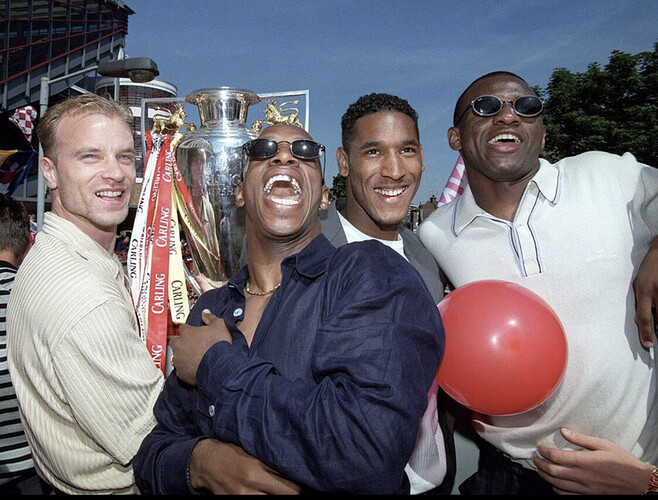 Bunch of turds playing for the Arsenal now aren’t fit to lace the shoes of these legends.

It seems that the club is happy to accept that standing also as it isn’t like managers are getting sacked frequently either.

This is exactly what the board want.
Low expectation levels from supporters, and a tolerance of mid table finishes, will become the norm and a few cup runs and challenging for an EL place is the ideal scenario for the board.

The fact that there are still Arsenal supporters who want Arteta to stay is music to Kroenke’s ears.