It’s been what not even a full season? It’ll take a bit longer to totally change that team, they’ve played good stuff under his tenure in the CL.

@Castiel from your hands right on to the injury table for the majority of the season, he definitely has Arsenal DNA. Wouldln’t be able to hack the intensity of the PL.

Be under enormous pressure if they don’t win the League regardless.
Different gravy at clubs like this. Be interesting seeing how he deals with personalities at this level. Totally different from anything he’s known before.

Yeah, its why I don’t think he should have gone there.

Success ultimately being measured by winning the CL is a difficult task indeed.

Recognised that potential in Foden ahead of most didn’t you mate.
Credit yourself on that one. Had the answers when I questioned.
Accelerating along now though quicker than most do. Could be the biggest asset on their books by next season.

Haha I can’t take too much credit as he had quite some hype but after watching him play earlier in the season I couldn’t help but think he was going right to the top. Like you say he’s a key player already and that’s really something at his age considering the team he’s playing in. He makes the game look easy.

I think they’ve handled his development brilliantly as well, last season so much stick was coming their way as to why he wasn’t playing more and perhaps he should leave etc. However, they stuck to their guns and brought him along gradually, even this season he hasn’t been made to play every game, he’s been protected.

Wish we’d had taken the same approach with Jack but instead we flogged him and it ruined him. Wenger has some blame there IMO.

It pains me that City and Spurs have both reached CL finals in the last few years. Lord knows when we will get there again. I’m 32 years old and feel like there’s a very good chance I will never see Arsenal do it again.

But in particular, the idea of Chelsea winning is excruciating. Praying that Madrid pull out a big boy performance tonight, and then go on to win the whole fucking thing. Who cares if they have 14 or 15 of these cups tbh.

A City and Chelsea final would represent everything that I fucking hate about football these days. Success and history bought with Arab / Russian dirty money. An abomination.

You know football’s fucked when you’re rooting for Real Madrid. But I’m right there with you bro.

These guys are really shameless

Congratulations to Manchester City on reaching the European Cup final. Best team in the world at the moment. Amazing what you can build when owners put money into a club instead of taking it out.
6 Likes
SpankyJoyJoy 5 May 2021 09:14 #18481

The CL has been really good to watch this year, the quality on show in the most recent games has been a joy.

Really looking forward to the match tonight and the final, I find it better watching games as a neutral than being an Arsenal fan currently can barely keep the match on for 30 minutes, just makes me angry lol.

I considered him world class already when he was at Monaco, and used to argue how he was already a better player than Aubameyang or Lacazette at that time. He was making the difference already back then, not just scoring wise.

Remember he was linked to us?

Thank God he didn’t come here. He’d be one of the scapegoats being blamed by morons for Arteta being a shit coach.

Never thought we had any chance to get him anyway.

The best way to fuck Perez is, to let Chelsea win it this time, even we really don’t want to.

The best way to fuck Perez is, to let Chelsea win it this time, even we really don’t want to.

Ehhh. Best case scenario is a huge protest that cancels the final.

All jokes aside, it’s hard for me to get worked up about City winning the CL. They very methodically bought progressively better coaches and players to the point where they are a machine. I’m not a huge fan of the stuff they play since it feels a little sterile to me, especially some of the counter attacking stuff last night. So they won, great. Who cares?

Interest to see how Hazard get’s on tonite

TEAM NEWS 📋 Chelsea 🆚 Real Madrid Thomas Tuchel goes for an all German attack with Havertz partnering Werner up front 🇩🇪 Hazard and Ramos both start for Madrid with Varane and Carvajal missing out due to injury. Build-up: 📲⚽ bbc.in/5live #bbcfootball #CHERMA https://t.co/K71XJMsdU8 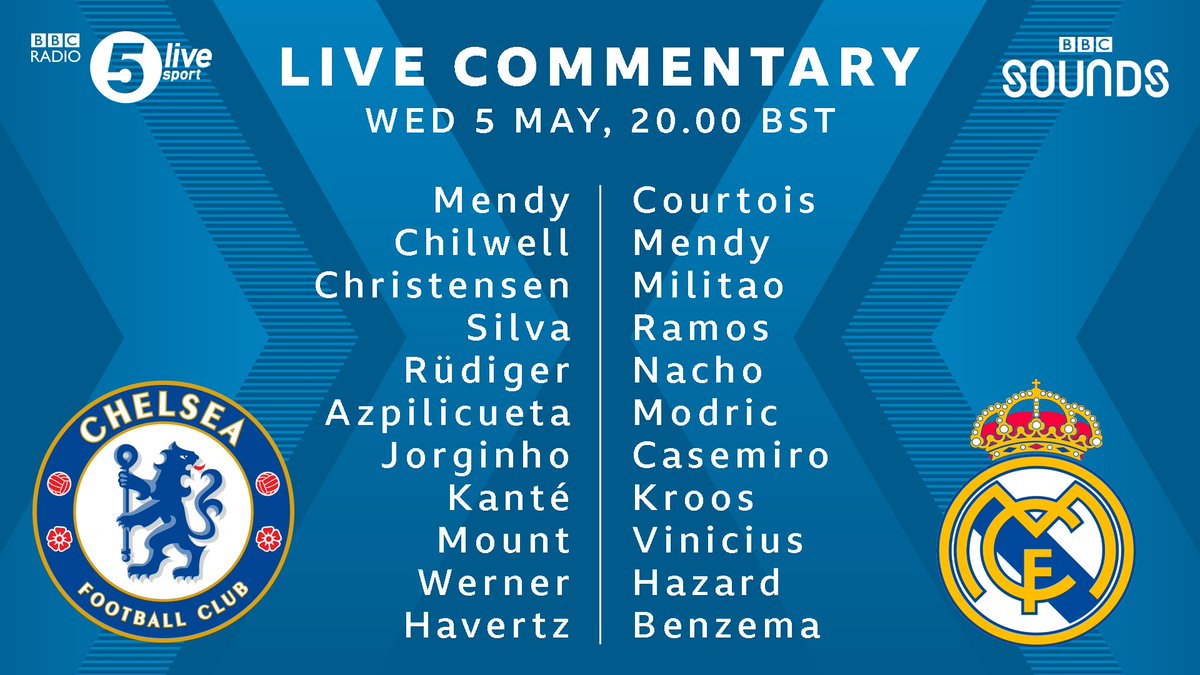 Decent lineups, I think Madrid will go through.

The final 4 are all clubs living off other people’s money so I don’t really care who is the bigger cunt in that regard.

I’d like to see Tuchel win something big in his career. I’d like the people who always say Pep is shit because he bottles Europe to shut up for good as well. Zidane’s already had his fun.