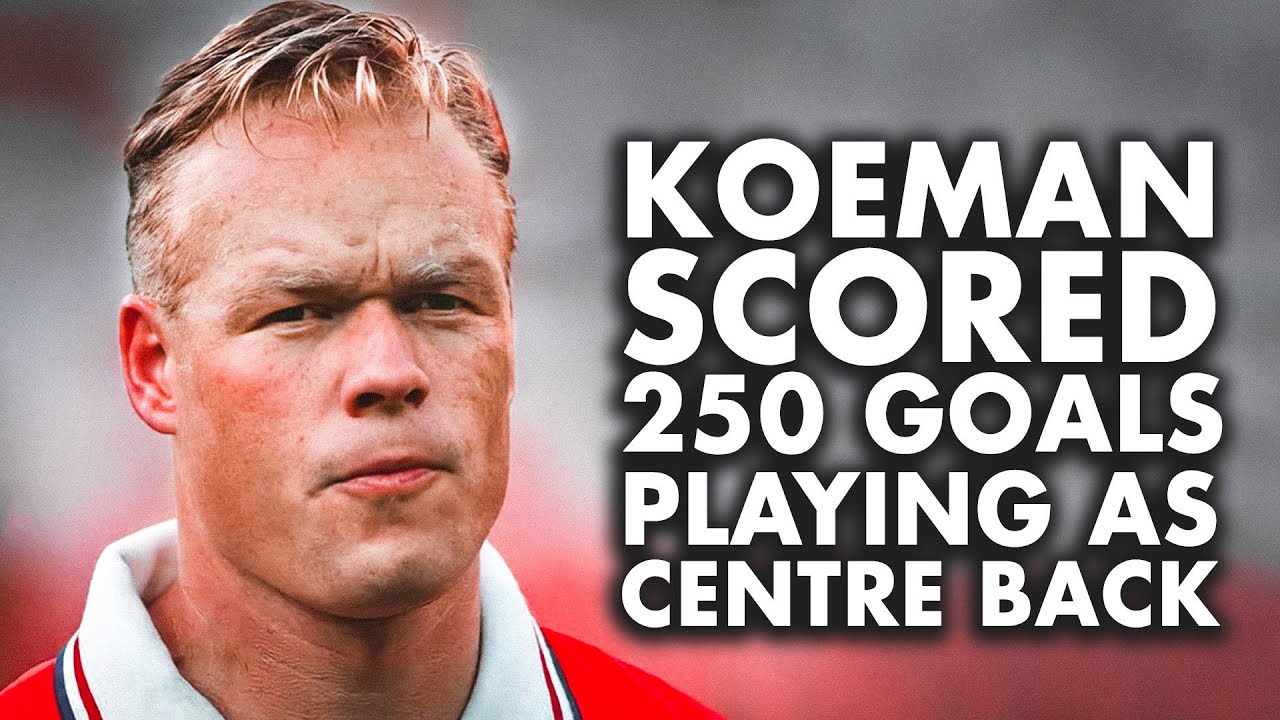 At first I just skipped it… But than I thought 250?! Can’t be true! They surely added his junior goals or something like that (as Pele does)… Had to check his stats on Wikipedia and I was blown away. God damn.

I mean, we all know about him, I knew he was scoring goals, his famous CL final goal… But never thought he was close to these numbers. Then saw this video… Damn, that shooting ability is just insane. Video game stuff. That CL final goal was just the tip of the iceberg.
Amazing player.

To my understanding he was a midfielder at PSV and a sweeper with license to drift forward at Barce. He did score a shedload of pens at Barce also tbf. Still an absolute special legendary player and I wish Barce beat Milan in '94

Barcelona Wembley European cup for the first time.
Brilliant game of football that the cavemen English press labelled boring. That goal and a very special moment in the game. Cruyff legacy underlined.

I know roughly the role of a libero/sweeper was close to a modern day defensive midfielder/box to box, at least they’d turn into those at times… Guys like Mathaus, Sammer etc… But still, even with that, his numbers are immense. 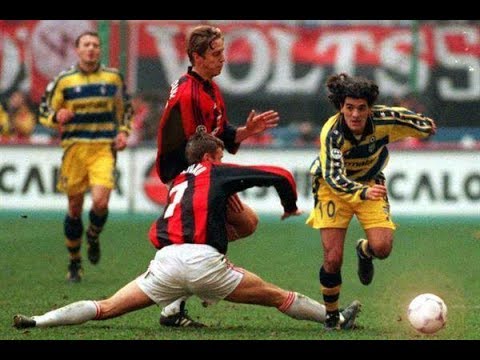 Beautiful to watch and I remember the Maradona comparisons. He had a weird career though. Moves from River to Valencia at the age of 21. Stays a season and a half. Moves to Sampdoria, stays for a season. Moves to Parma, stays for a season and moves back to River for 2 seasons before moving to Turkey. All for fairly big money (for the time) moves by the looks of it. Apparently he took training sessions off because he was hung over, so maybe that explains it somewhat.

There’s not enough short lower centre of gravity players these days. Part of the reason I’d like Buendia

Just so many good players of that stature at that time. Beautiful two footed talent.

Honestly him and batistuta in that fiorentina team is just the stuff of dreams. I don’t care what you say, you don’t get that kind of football anywhere anymore.

Definitely top 3 10-20 yard passers of all time, amazing at splitting defences and probably top 10 passers in general in history. The fact it took arguably Milan’s 5th best ever player to displace him from the starting lineup shows you how good he was, I even remember wondering at first why we needed Kaka when Rui Costa was already so good.

Pirlo higher up the pitch, with a lot more grace and class.