That’s what they want to do, but they are limited in that, and also are doing a pretty shit job at it.

The problem with this guaranteed power is that it attracts the awful people, the morons.

Who then use the popularity as a vehicle for their own stupid ideas.

No surprise you acting like a police state when in charge makes people less likely to want you in charge of a sovereign independent nation.

If SNP, SNP/Alba don’t return an overall majority does that put the Indy discussion to one side for a while?

Stuergon has had the guts of 5 years post Brexit vote to sell it. Is it a failure if they don’t get the majority or a consequence of some of the other nonsense that’s been going on?

ALBA are irrelevant tbh. The other independence supporting party is the greens. Thats who helps the SNP when they don’t have the majority like in the 16-21 parliament.

The Scottish Parliament is set up so no one gets a majority so its quite hard to get one.

Only time its ever happened was in 2011

Alba hopefully will pick up a couple seats but unfortunately they won’t do as well as I hoped.

Hopefully it will be a springboard to the next election though.

Looks like Alba also didn’t do so well. Shame, the election was too early for them, the SNP machine too strong and not enough people understand the electoral system.

I’m saddened at the complete lack of accountability that piece of shit sturgeon and her husband are gonna get, and how this country gets more and more authoritarian.

I wonder if the SNP will keep their majority, and I hope to god they don’t need any green votes to pass anything.

I am 95% there will be no referendum on independence in the next 5 years. And if there isn’t, surely questions have to be asked of the SNP leadership?

In some ways maybe I’m glad any independence won’t be shaped by Sturgeon, would have the potential to be a pretty corrupt state. 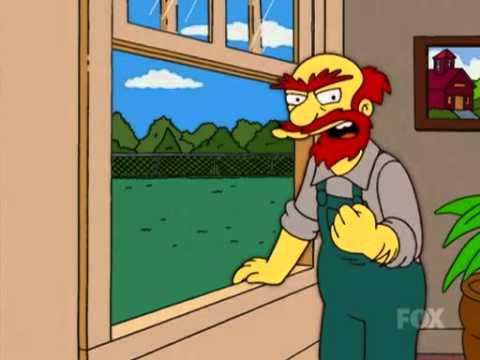 SNP one seat off a majority @NorthbankNick @BallotBoxScot Pro independence 72 Pro union 57 But PM insistent he won’t accept the request of the 72 for second referendum
shamrockgooner 8 May 2021 21:51 #169

They’ve promised a referendum so they’re going to have to have one one way or another. I think they should put it in the back pocket for 2-3 years, focus on post pandemic stuff and then you never know who the actual PM is by then. No point fighting something they might not need to.

Writer, journalist & documentary filmmaker John Pilger said, “In these dark times, Craig Murray's truth-telling is a beacon. He is owed our debt of gratitude, not the travesty of a prison sentence which, like the prosecution of Julian Assange, is a universal warning.” @johnpilger 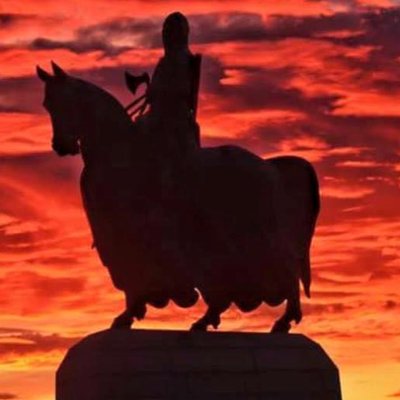 @_taylorhudak The same judge also only banned a journalist who actually named one of the women from reporting the rest of the trial. Craig Murray didn't name anyone yet he got 8 months in prison. archive.is/ZuGSV https://t.co/5nrnfP6QcP 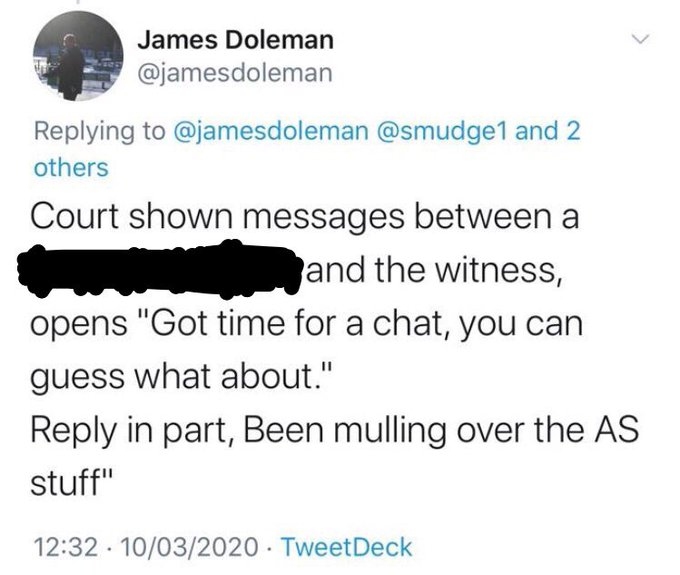 Craig Murray imprisoned for ‘contempt’ apparently leading to jigsaw identification of Salmond accusers. However a couple other journalists actually wrote their name in articles or made it even easier for them to be identified and no issue.

This stinks. The Scottish legal system is a joke.

BREAKING: Police have just tried to move in on protesters gathered around immigration enforcement van on Kensmure Street in Glasgow. @LBC @LBCNews https://t.co/t6Y9pmtUiy

Cowardly pigs at it again.

If only these protestors had rangers tops on. 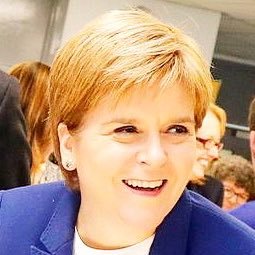 1/ Today’s events were entirely down to @ukhomeoffice actions. @policescotland were in an invidious position - they do not assist in the removal of asylum seekers but do have a duty to protect public safety. They act independently of ministers, but I support this decision twitter.com/policescotland…

2/ I disagree fundamentally with @ukhomeoffice immigration policy but even putting that aside, this action was unacceptable. To act in this way, in the heart of a Muslim community as they celebrated Eid, and in an area experiencing a Covid outbreak was a health & safety risk

3/ Both as MSP and as FM, I will be demanding assurances from the UK government that they will never again create, through their actions, such a dangerous situation. No assurances were given - and frankly no empathy shown - when I managed to speak to a junior minister earlier

4/ Lastly, I am proud to represent a constituency and lead a country that welcomes and shows support to asylum seekers and refugees. The day when immigration policy is the responsibility of @ScotParl can’t come soon enough.

The Home Office needs to ask itself hard questions after today. Doing this on Eid, in the heart of our Muslim community, and in the midst of a serious Covid outbreak was staggeringly irresponsible - but the even deeper problem is an appalling asylum & immigration policy. twitter.com/peston/status/…

Remarkable. The Home Office will have hated conceding in the face of popular protest and representations from @NicolaSturgeon https://t.co/kWYACMC8GN

You love to see it

I have no been best pleased with sturgeon recently but she’s come through in recent weeks.

I hope that’s a precedent set and we can continue to build upon this - leaving this cesspit of a country.

I hope we don’t have to wait as long as 2023 for Sturgeon to get her next referendum.

Think it very important though that she works on what it means eg borders and immigration, trade deal with rest of U.K., currency, how the national debt is split etc. Would be bad to repeat the Brexit process where the detail wasn’t clear before a yes vote.

I think a lot of people in Scotland have developed a deep hostility to being in the United Kingdom (don’t want to be associated with the English I guess given that large parts of government are already devolved?) so it seems just a matter of time and possibly several more referendums before the Union splits.

It’s a shame it’s heading that way but I wish Scotland well when the seemingly inevitable happens.

I hope they leave sooner. Like only a million people vote for her. Why do I have to hear or see her lil crackhead face almost every day on TV or the radio. Nobody in England cares. Bin off mate. 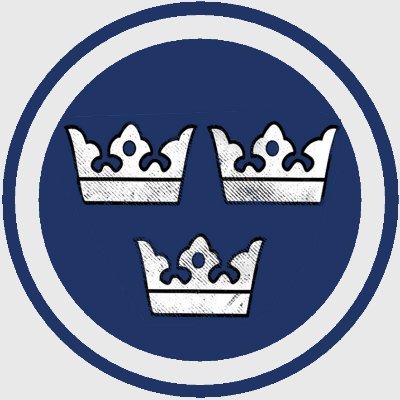 Well thank god something is gonna happen about this shit show.

I’d like to think it was proper, good old-fashioned journalism that helped do this.

I hope they leave sooner. Like only a million people vote for her. Why do I have to hear or see her lil crackhead face almost every day on TV or the radio. Nobody in England cares. Bin off mate.

I wouldn’t be surprised if the only way Independence happens is if you English get a vote to fuck us off and you actually do it.

Fair play, you got balls us Scots never had, to actually do something about a thing you want.

@cmurrayjustice
📢PRESS RELEASE: Craig Murray to be first person incarcerated in the UK over media contempt case in 50 years, setting dangerous legal precedent for freedom of speech and equality before the law. 👇 https://t.co/lvZSiGEkkm 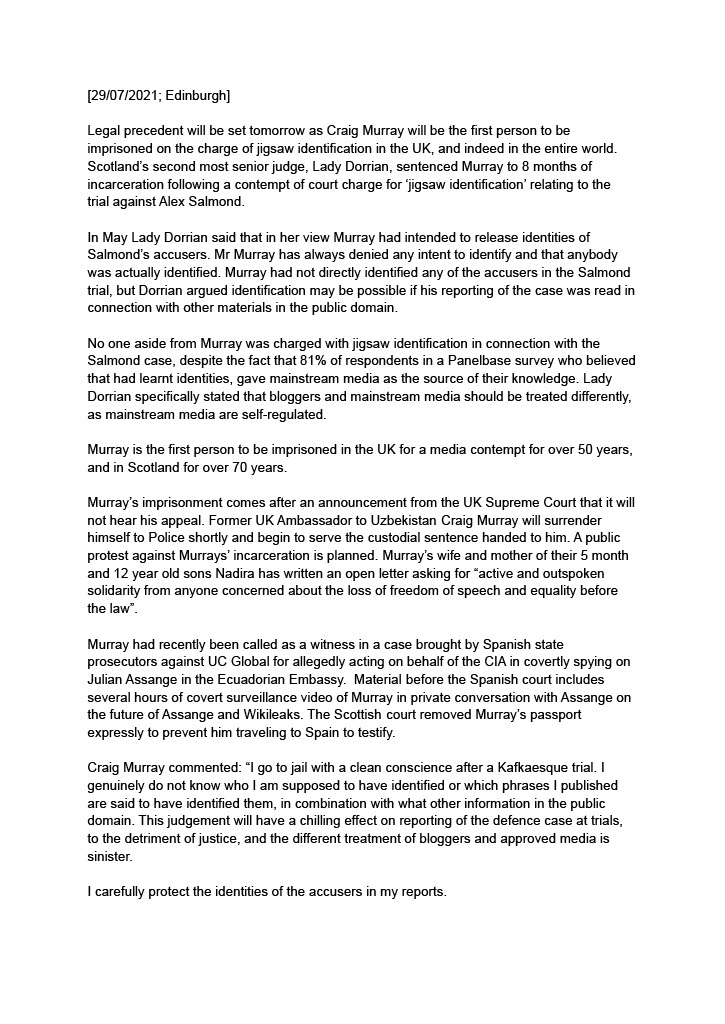 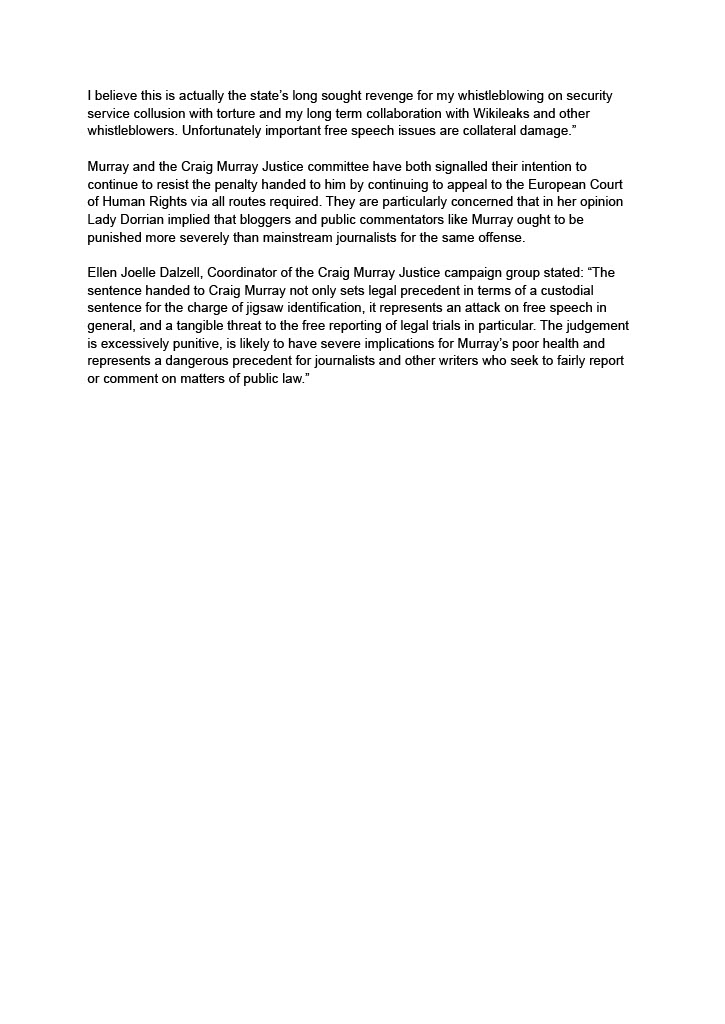 Nicola sturgeon turning Scotland into an authoritarian basket case with a joke justice system, that Westminster will have no problem justifying the abolition of.

SNP gov standing idly by as drug deaths rise again for 7th year in a row.

While prosecuting any poor guy that has their own imaginative innovative ideas to help combat this.

Like they do in everything else it seems, this SNP gov is shit at enacting their policies (e.g. decreasing the shitness of this drug situation, independence) and actively goes after the people that try to step in and do their job for them.

The sooner these mediocre middle manager types make that party bust, the better and we can get on with sorting shit out.

The SNP and the Scottish Greens have agreed a new power-sharing partnership at Holyrood, the BBC has learned.

The deal would take the Greens into government for the first time anywhere in the UK.