Saka or Sancho who you got?

Fucking pull yourselves together you fucking weirdos

I like that post until I see that avtar and remember the days you used to defend Bendtner.
We used to compare him to Ibrahimovic

Don’t worry it’s all a bit tongue in cheek. Had a serious month to forget though and if I were Pepe I’d be looking to get some minutes back

It’ll be interesting to see how the rest of the season plays out but I’m pretty confident that Sancho is every inch the superstar I believe him to be. Just has more refinement to his game than Saka which is not just a consequence of better natural talent and coaching, but also the more experience he’s had.

All players go slightly in and out of form. That was always the great thing about having all three of Saka, ESR, and Odegaard.

Saka vs. Sancho, no contest (Saka). 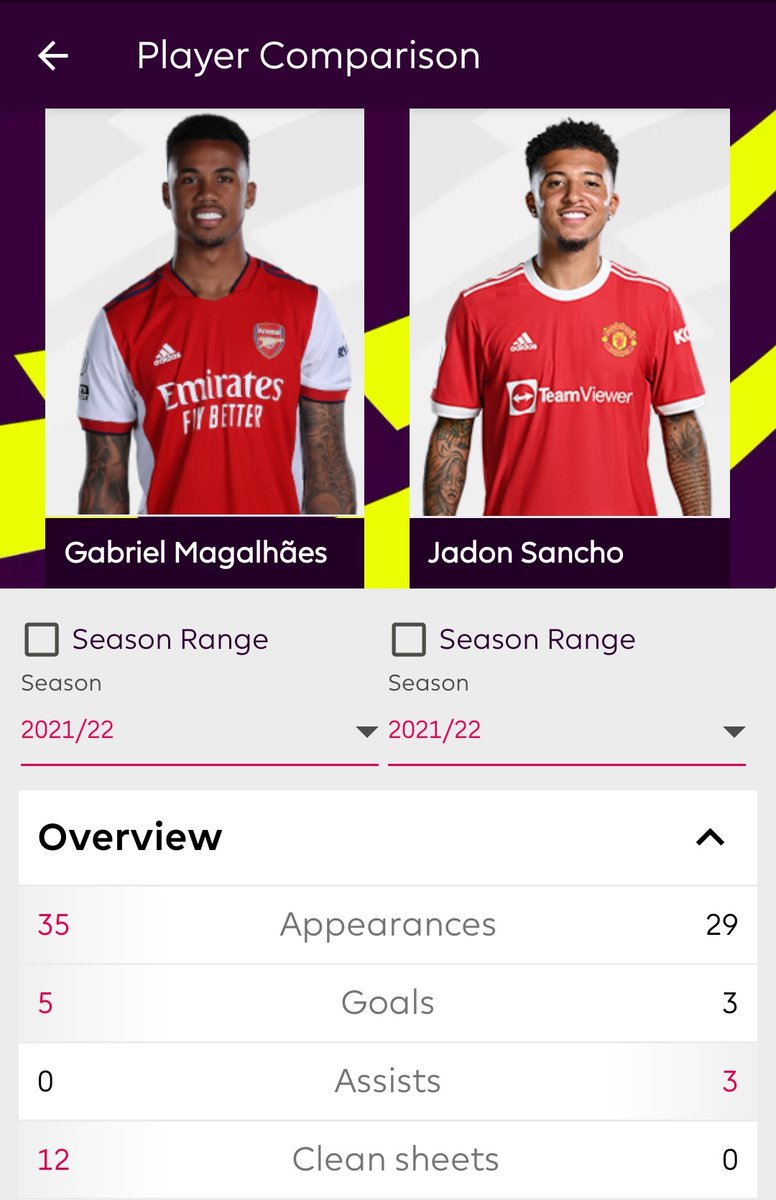 Not a great season but I don’t think it’s fair to really be too critical of him given the state that United have been in this season. He only started half the games for United this season in the league

Srcjj will blame United as a whole this season

And say Sancho will be shit hot next season.

EDIT: Damn he got there first lol

Btw, it’s worth noting that he missed quite a few games this season with some odd injuries. I think he’ll be more consistently available next season with a proper preseason.

How do you think he fares next season?
I think he’ll make a fool out of me for shitting on him.

He needs Foden levels of impact next season given his perceived talent + outlay.

Interesting, he has both more goals and assists than Foden this season.
He more than doubled his numbers from the previous season too.
I think he’s on the right track.

Sancho is far better than he has shown at United. Can only compare the two in an equal setting: England performances and Premier League performance. Saka bars him in both.

Interesting, he has both more goals and assists than Foden this season.
He more than doubled his numbers from the previous season too.
I think he’s on the right track

Think he is talking about Sancho, not Saka