The reliable @_pauljoyce says Arsenal have been tracking Ryan Fraser and are considering making a move.

He’s getting a thread now Paul Joyce has said it.

Would be a very decent buy. Better than every one of our wingers. 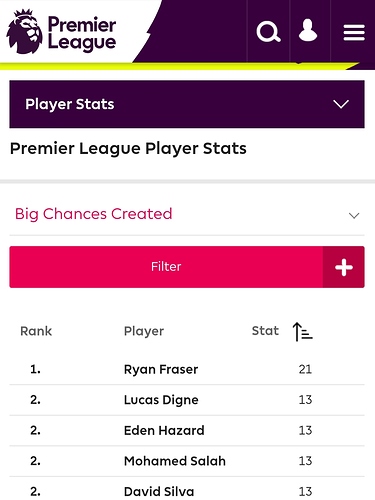 I actually rate him very highly and he’s always impressed me so I’d be all over this.

“Tracking” Ryan Fraser as if he is some obscure player from the German second division or something! Everyone and his dog is aware of how good he has been this season.

Today’s the first I’ve heard of him all season compared to the likes of Sarr etc. Haha

Do you live under a rock? Lol.

How much would he cost though, being British and all?

Scottish though. Scottish tax is less than English tax

This would be a great signing.
Bournemouth play good football and he would be an upgrade on anything we have here.
We aren’t going to get a world class, finished article winger like Hazard, so this is the sort of player we should be going for.

He is still young, he is PL experienced and, although he is an international experienced player, there is not much chance of picking up an injury a World Cup or Euro’s, because he plays for Scotland, who’s players don’t so much play in these tournaments, as watch them from an armchair.

So it’ll be £25m, a bag of heroin and some shortcakes

Getting fekin hyped for this guy. Speedy, agile, two-footed, aggresive and a workhorse. Whats not to like ? Good age aswell combined with loads of PL experience. Go get him Lord Unai

Let’s get @Luca_from_Italy 's thoughts on the prospect of a cocky Scot at Arsenal.

On that note, I say let’s go for it :callum:

Sure let’s go for it

Imagine the first time he makes a mistake Luca will be screaming at the TV ‘FUCKING COCKY SCOTTISH MOTHERFUCKING CUNTING FUCK’ things will go flying and he will be resisting posting expletives because he doesn’t wanna get banned…it will be, wait for it…legendary!

He ain’t black nor French speaking. So that’s a no go

As I understand it Ryan Fraser is emerging as a serious option for Arsenal in the transfer window. He's young, quick, has Premier League experience and is somewhat affordable with only a year and a bit left on his contract. He is also very, very good.

Another link. This might actually happen! We actually are learning to sign within the PL for once