I think some thought it was a straight red.
I would argue it was actually. Son was the last man there.

Reckon if he wasn’t already on a yellow, it would be VARed and he would sent off anyway.

Yeah okay watching the two yellows in super slow its the right decision. But fek me the ref still fekd us with that non penalty.

Foul after foul all in dumb places too. Imbecile.

It was stupid for first yellow and it was beyond idiotic to do what he did while on a yellow card.

Ref even warned him to reel it in

The 2nd was especially egregious

Could’ve got a red for it regardless

Arteta is totally to blame here too. What was he thinking having Holding man mark Son?
At least have White there to back Holding.

For all the talk of having experienced guys in the squad it’s Holding and Cedric that dropped the team in the shit tonight.

It really shows that at the high pressure moments that your backups are backups for a reason.

It was so obvious that he was out of control.

It’s not Arteta’s fault at all lol. Holding has been fine the last couple of games but the hype of the NLD went to his head and rattled his brain.

Son slightly elbowed him previously when they were both on the ground and he wanted to hit back. Son had his number constantly and holding try to lash out

when he needs to be at his best oh he makes all these massive errors when he has been good up until now…how extraordinary, how weird, he screws up now when he has been playing great for a few matches just as we need a composed performance uhuh

It’s def not Arteta’s fault. Sorry if I made it sound like it was. Idk that he had a choice if White wasn’t ready to go.

Then again, why have White there at all if you’re not starting him.

Worried that running him around down a man may tweak something.

I assume he wasn’t ready.

Well he joins, mustafi, paulista for dumb reds at white heart lane because of either son or kane

Should have rolled around on the floor crying for a medic when he got elbowed.

Not the first time this season he’s cost us. That dodgy header against City to give them the winner is another.

He should have, Var would have seen it

I think it’s the way he barrels into Son that the ref actually gives the pen for. 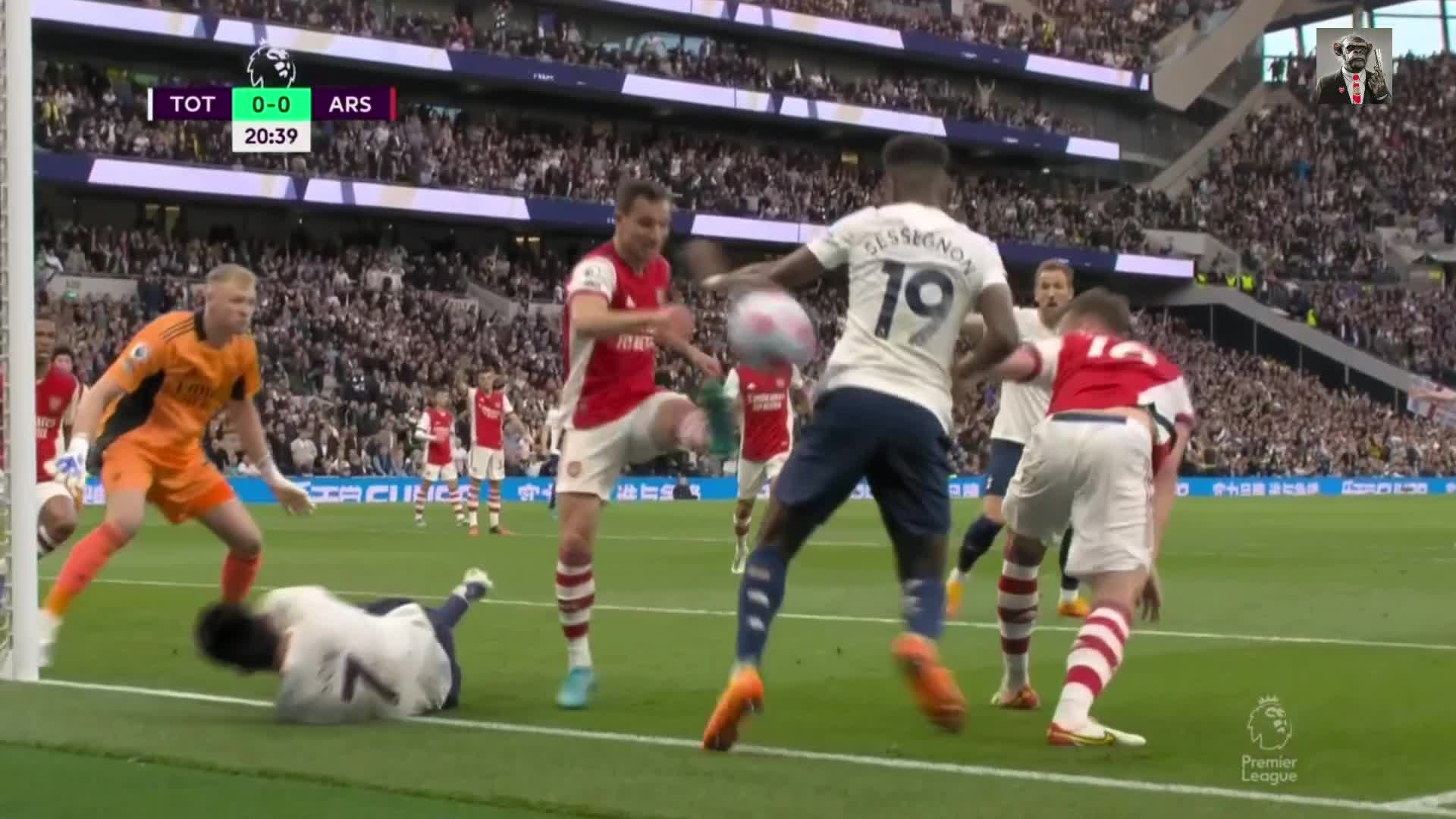 Mid-table fodder. Both him and Cedric.

Missing key players has cost us.

Cedric and Holding our worst players on the night, it’s so frustrating we don’t have Tierney, White (and Partey).