Still think he should be converted to a RB.

He was very good at winning the ball back last night, good pressing as well.

Aka you don’t want Hector at RB. Totally agree!!

It’s a big job sunday for the right back. Rashford favours that side and Bruno seems to link well with him.
Needs addressing big time. Giving Arteta attention for detail to recognise this or it’s defeat.

Rashford is going to violate Bellerin and I’m ok with it. 2 lovely humans teaming up.

Another rashy hattrick and Tory callout will be second best thing after an arsenal win.

This guy was horrific. Please never play him again

Was he really that bad ? Not that he did anything good as such but I thought he was better than Willian.

You can’t win games with our midfield (no Partey).

Throw Mane on the wing and he’d get no service.

I have high hopes for Nelson this season, he can push on and is one of our more technically secure players, which Arteta will like.

He had glowing praise for Nelson after the Molde game

“He’s made some big steps in the last month or so,” our manager said. "He’s shown what he can do. Again, he’s another player that wants to take you on all the time, he’s very vertical, he’s a great player when he runs in behind and he’s very unpredictable. I really like these types of players to play in the wide positions.

"Defensively, there are things that he needs to do better and he will improve in that but he’s a much more mature player. He showed a great attitude, in my opinion, to say that he didn’t want to leave on loan because he believes that he’s got a chance to play for this football club. He’s showing that he wants to take that direction. He’s performing in the right way.

"We’re doing a lot of work with him. He’s so willing. He’s asking for more all the time. He wants individual meetings. He wants to work on the pitch in certain aspects in which we think he can improve.

“He’s training really really well, he’s developing as well. He had a click and we needed that click. Now it’s up to him but I must say that his last performances have been really good.” 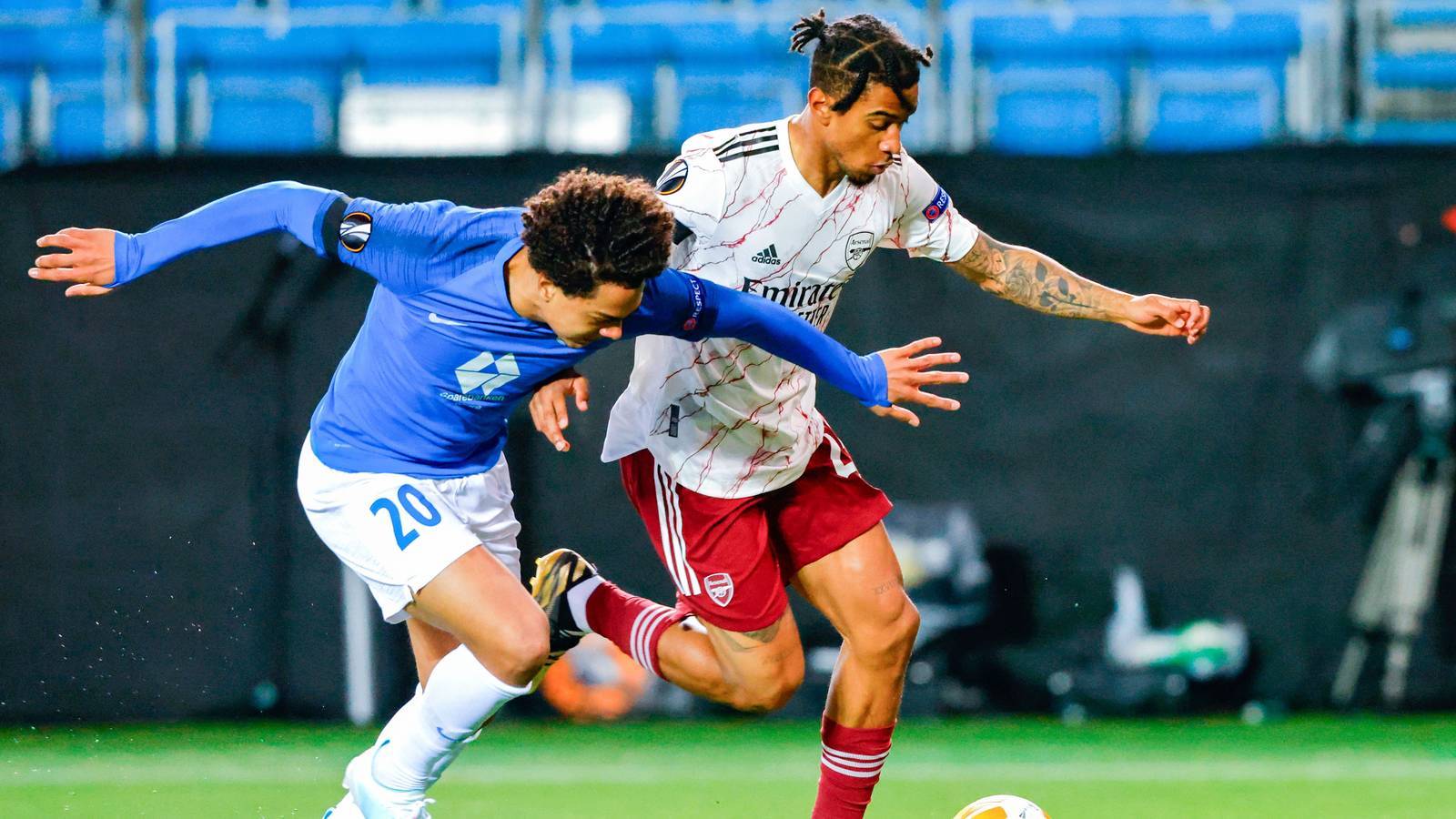 He would learn more going on loan and we would too.
Micro managing him into our current team every few games is a level too high. All this jargon and analysis is too much unless your a notch up on him. Saka fits that sort of billing because of a more natural talent.
Nelson though needs games at a team for games and discover his own strengths and weaknesses and go from there.

Reiss Nelson with five chances created in the first half. That's the most by an Arsenal player in a whole game this season
2 Likes
Trion 4 December 2020 17:42 #1017

Has to start above Willian now surely

Sure. As long as we then have someone else starting above Nelson.

I hope he gets a go above Willian Sunday, he can offer work rate etc and all the things Willian offers, then I don’t have to be pissed off at the sight of Willian’s 180k a week face.

Anyone know what’s happening with this guy?

Apparently fully fit but still not making the 9 man bench.

I just heard yesterday he was still injured lol

Edit: or at least not back to full fitness

I heard he’s developed a severe case of “Artetathinksimacuntitis”. Terminal shit for your Arsenal career apparently