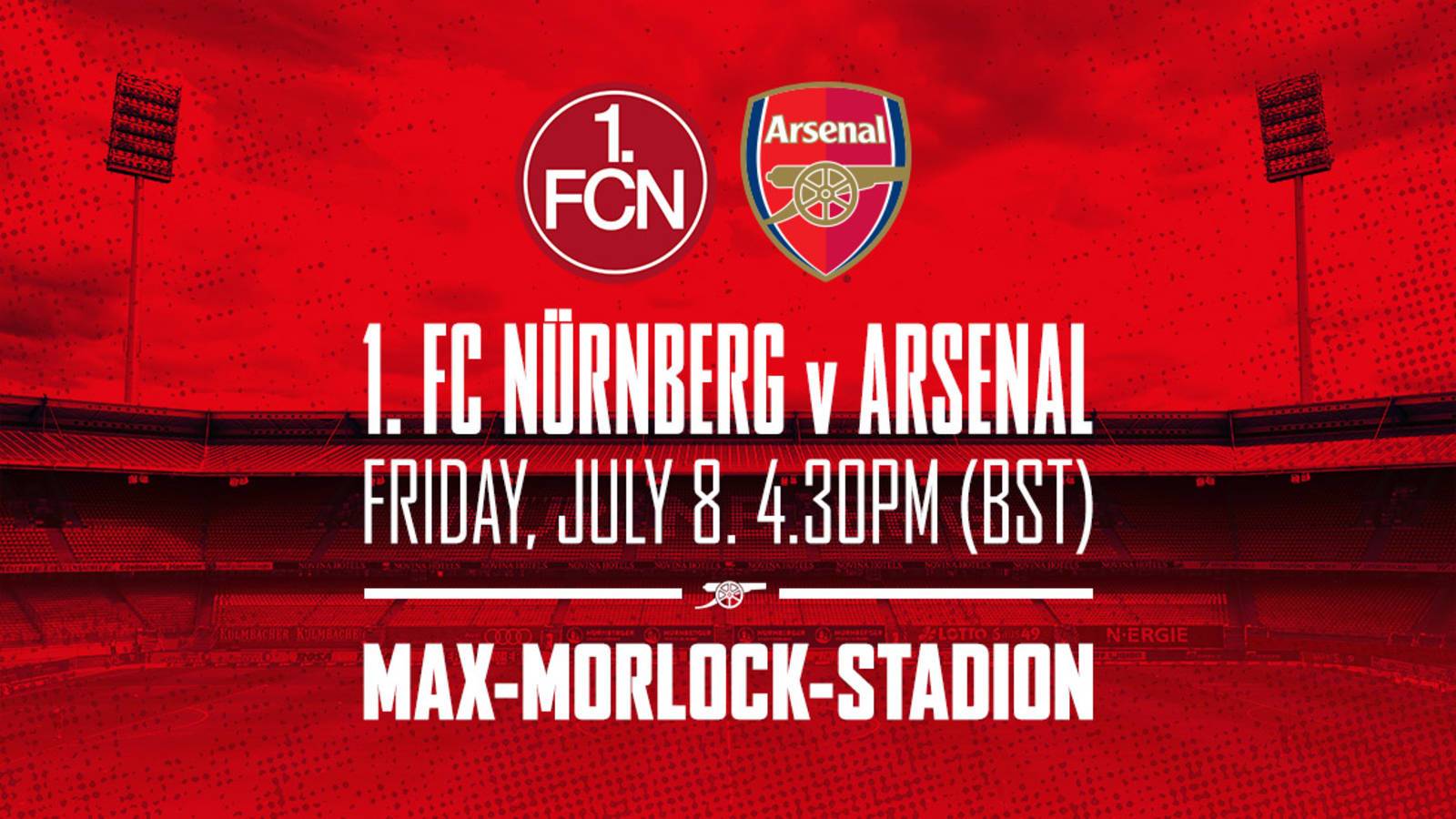 Let’s have all our transfers done by then

An illustrious group is scheduled to report next Monday for pre-season, including Okonkwo, Bellerin, Holding, Cedric, Mari, Partey, Sambi, Nelson, and Nketiah.

I wonder what those guys actually get up to at this stage, other than basic fitness. Is it awkward when you just have all the crap/marginal players (except Partey) get together and they all know it?

The following Monday July 4th a bunch of other players should arrive before the trip to Germany and I imagine others will trickle in over the following week or two depending on how long their international commitments ran in June.

@MichaelBridge_
Arsenal looking to wrap up a big chunk of their business before their tour of Orlando 🇺🇸. Vieira done, Gabriel Jesus close & confident on Raphinha.#AFC

Would be glorious to have them all signed for the tour.

We can just chill for the rest of the summer?

What has happened to Arsenal. We are looking like we have a plan and know what we are doing lol

See we have the U23s or an AFC XI visiting Dulwich Hamlet and Bromley!
Will probably try and get to both of them, be good to see some football again!

Hoping we see Vieira and Jesus in action

@afcstuff
Arsenal will face Ipswich Town in a behind-closed-doors pre-season friendly at London Colney on Saturday. [@ACL_Soccer]#afc
1 Like
Calum 2 July 2022 15:03 #10 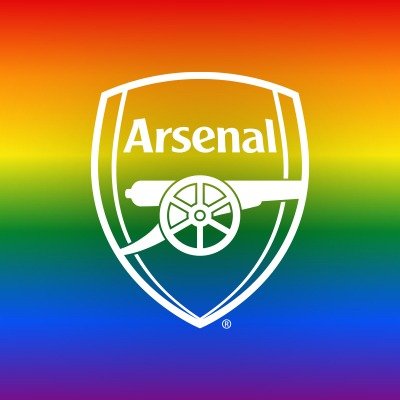 Eddie Nketiah scored a hat-trick as we kicked off our pre-season programme with a comfortable 5-1 win over Ipswich Town, in a behind-closed-doors friendly at London Colney on Saturday.

Our new number 14 racked up a first-half treble, also assisting Sambi Lokonga’s goal, before Folarin Balogun got in on the act in the second half.

The match was an opportunity for Mikel Arteta to give some action to those players who returned to training at the start of the week – essentially those who weren’t involved in post-season international fixtures.

It meant he was able to field the likes of Thomas Partey, Ben White and Nicolas Pepe in a strong-looking first-half line up, as well as a host of players who were away on loan last season, including Hector Bellerin and Reiss Nelson.

And our class told in the opening exchanges. There were barely 30 seconds on the clock when Nketiah opened the scoring, and the striker soon turned provider, laying on the second for Sambi Lokonga. The Belgian midfielder was able to tap home after an impressive team move.

Nketiah then completed his hat-trick inside 35 minutes, with a couple of trademark poacher’s finishes.

Cruising at 4-0 at half-time, Arteta changed the entire line up for the second half, and it was time for the youth team players to shine.

Folarin Balogun was the next to find the target, before Ipswich Town reduced the arrears with a consolation through Sone Aluko.

But all in all it was a comfortable victory for the Gunners, who depart for a training camp in Germany on Monday, a trip that culminates with a friendly away to Nurnberg on Friday, July 8.

That will be followed by three games in the USA, as we continue our build up to the big Premier League kick off at Crystal Palace on Friday, August 5. 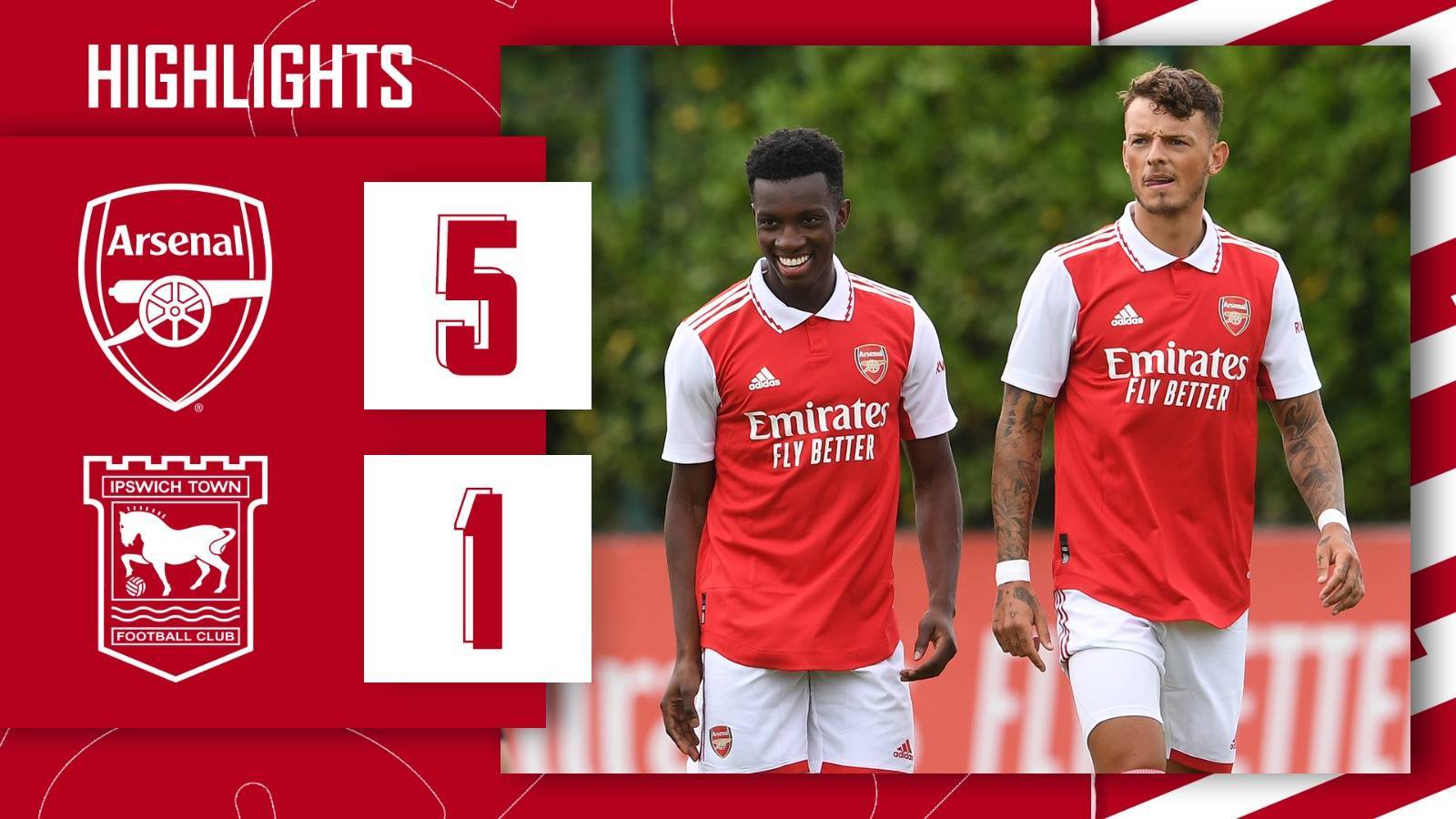 Watch highlights from our 5-1 win over Ipswich

View the best of the action as Eddie Nketiah netted a treble in our first pre-season game of the summer.

Partey’s line breaking passes still there.
Those finishes from Nketiah for the first one and Balogun for the last were top class.

Looking forward to seeing these pre season games more now
Vieira and Jesus to look out for
Also interesting how Eddie and Reiss Nelson do, or if Torreira and Mari etc are involved?

Thinking of going to a couple of the U23 games too, Dulwich Hamlet and Bromley are definitely on the list to do.

Absolutely!
Think we’re still waiting on what platform itll be on to watch though.