Got through Hooked by Paul Merson over the weekend. Read by some guy who sounds a bit like him too. He’s really very honest throughout and it’s scary the amount of money he has pissed away throughout his career.

I have always thought that when he speaks he’s just giving his honest opinion, it may not be very nuanced or well thought through but it is how he feels about something and having listened to this book and heard him talk at length about his role at sky I’m more convinced than ever that’s the case.

I properly loved him as a player and I have always thought he’s a good bloke. I do recommend this one.

He’s written an autobiography which actually sounds like it would be a really good read/listen. Don’t think much of him as a pundit or commentator but sounds like there is something to him as a person.

Just looking back at some older posts here and I since got and listened to this one on Audible. It’s very good. Comes across as really likable.

I like listening to podcasts on the days I’m in the office. Just listened to Gary Neville on the Diary of a CEO podcast. I know he can be a dick on his punditry but was really interesting hearing about everything he talked about. Life career etc. He sounds a great employer to work for tbf

Looking for some good suggestions for holiday.

Have two books, “52 times Britain was a bellend” seems up my street

Moment of truth on BBC sounds. 15 episodes following Paul Warne at Rotherham and Karl Robinson at Oxford last season.
Highs and lows of two managers. Very deep and vulnerability on show throughout and really raw too.
Some deep stuff off family members as well on hpw hard these jobs are.
Excellent listening tbh.

Has anyone listened to the Alan Partridge podcast: From The Oasthouse? Is it any good?

I, Partridge is the best though, by some distance imo. Nomad also very good. I’d say the podcast is the third best.

I also own the books in print but they are hugely improved by being read by him.

Troy Deeney book Redemption. 8 15 minute episodes abridged reading from his book.
Never knew much about his background and upbringing.
Really tough and dysfunctional and all played a part in his life and leading to jail.
Honest depiction and makes you realise the man actually achieved a lot in his career.
Not an easy ride and not the smooth academy years development run for him.

Does he have cahones?

Has anyone listened to the Alan Partridge podcast: From The Oasthouse? Is it any good?

For some reason it’s taken me ages to get through this after starting it but I then got through the last 4 hours or so in the last week. There are some proper laugh out loud moments in it. Partridge is just such a genius character creation.

Listened to Murder on the Orient Express and then Death on the Nile. Felt it was time to dip my toe in the Agatha Christie waters. Really enjoyed both.

First of all, Poirot is such a smug, condescending, patronising cunt, and I love it. It feels so good to see a character with similar traits to me that I can strongly identify with #representationmatters

Secondly, both books contained sterling voiceover work. David Suchet did Murder on the Orient Express, and after years of playing Poirot, he obviously smashed it out of the park. As good as it was, Kenneth Brannagh took it to a new level with his narration of Death on the Nile. His Poirot was about as good as Suchet’s, but he really set levels when it came to all the other characters too, giving each of them a distinct voice that enabled you to instantly tell each character apart and really immerse yourself in the story.

I’ve subsequently seen that you can get Murder on the Orient Express by Kenneth Brannagh too, and I kinda wish I’d known this before downloading the version I did, as good as that was. Death on the Nile really demonstrated what a top draw audiobook should be, Brannagh really elevated the already excellent material to a different level.

Closest example I can think of is how Laurence Fishburne smashed Malcolm X’s autobiography. I wouldnt even call it a reading, it was a performance. With him adopting the tone and cadence of Malcolm X throughout it felt a lot like the author reading their own work.

Joe Mantegna (Joey Zasa in Godfather Part III) is the closest I’ve come across in terms of someone reading a novel, Mario Puzo’s The Godfather (an enjoyable book, but far too preoccuppied with Sonny’s monster dong), but Kenneth Brannagh is still way out in front.

In today’s Arsecast, Arseblog quoting “Pleasure is simply misery deferred” is so @Aussiegooner

Joe Rogan took Matt Walsh to the task, on gay marriage.
Really exposed how fragile his religious views are, for a whole hour.

Downloaded this earlier today and am getting started this evening, I don’t think I’ve ever been so excited for an audiobook lol 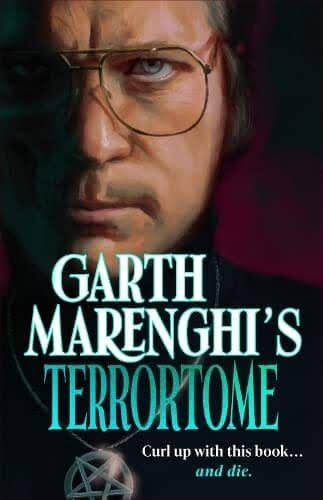 One of very few people to have written more books than he’s read.

So @JakeyBoy and @shamrockgooner my work took me to the lovely Thetford area today, Partridge country, and I saw this as my introduction to download Audible and to add some much needed journey commentary by listening to The Oasthouse.

I think I am half way through and I have to say this is such a great medium for Alan Partridge to deliver in. I think Chapter 2 was about him rambling the countryside and I think this has been the standout ‘episode’ for me so far. Apparently adding a chuckle while criticising someone works as a way to demean them, absolutely cracked me up.

There’s so many quotable bits that I’m sure I’ll need to relisten again to remember them. But very, very good so far

Is this the first series of From the Oasthouse, or the second? Not got round to the second yet, prioritised Garth Marenghi, which is great.

You strike me as a likely Darkplace fan?

Apparently adding a chuckle while criticising someone works as a way to demean them, absolutely cracked me up.

Yep, this is just from the first series.

I’ve not seen Darkplace. Looks familiar and just googled it and it says it came out in 2004. Any good?

If my general impression of the kind of comedy you like is fairly accurate, you’ll really like Garth Marenghi’s Darkplace. Only 6 20-25 minute episodes were made so it’s really not a big time investment.

Matt Holness (the cunty, bullshitting IT guy in The Office) plays the lead, flanked by Rochard Ayoade and Matt Berry on the very best form. Also features appearances from Noel Fielding, Julian Barratt, Stephen Merchant and probably a few others. Its a hidden gem of that particular era of British comedy. It’s actually one of my outright favourites.

The show Garth Marenghi’s Darkplace is based on the premise that Garth Marenghi wrote and starred in a 1980s low-budget hospital-based horror show . Within this fictional context, 50 shows were created, but were never shown as they were suppressed by “MI-8” for being “too subversive, too dangerous, too damn scary.”