Madrid 2021: We got Mbappe in the bag next season

Madrid 2022: What you mean you’re signing an extension?

I’ve just remembered Madrid also want to bring in Haaland too. You can imagine then Mbappe not being too happy about sharing the spotlight with anyone else.

I’m thinking he get’s less if he signs for PSG short term no? Isn’t the point that if he leaves on a free he basically scoops all the transfer money in a thicc contract with sexy clauses. If he signs a deal so that Real have to pay PSG for him some money goes to the club instead. Like what Cesc did for us IIRC. idno.

That’s what I’m saying actually. He knows he’s going to Madrid. So he’s trying to squeeze as much as he can out of the deal with Madrid before he signs with them.

o now I get what you mean

@FabrizioRomano
Nothing confirmed by club sources about Chelsea £33m bid for Frenkie de Jong rumour. Barcelona have not received any official or verbal proposal as things stand. 🔵🇳🇱 #CFC Chelsea are currently focused on fullback situation for January window.

I don’t think he’s attainable for any club. His wages are egregious.

He’d cost any club a solid transfer fee +having to give him similar to the £300k a week he’s earning at Barcelona.

Barcelona must be desperate to get him off the books but I just can’t see him wanting to leave.

Andy Carroll off to Burnley apparently

I don’t think you’ll find too many people who watch Lens.

But there are many people who require Lens to watch any match.

@Josh would love Gabigol at Arsenal. Guy is a total shithouse.

1 goal in 7 games in the Championship. Burnley is going down and not coming back in a while.

Was the same last season looked like going down then just had a good spell of form towards the end and stayed up. Same again will happen this season.

If Dyche leaves Burnley it’s all over for them.

The biggest lowball in recent history if true

He’s worth triple that

If Dyche leaves Burnley it’s all over for them.

Dyche at Everton would end any chance of us getting DCL, set piece/route 1 merchant’s dream

No chance this guys been a disaster for Barcelona and they’re paying him over £300k a week.

They’d be lucky to get anything north of £50m for him and that’s purely based on his national team form.

Every excuse under the sun gets used for him at Barcelona but it just hasnt worked there. 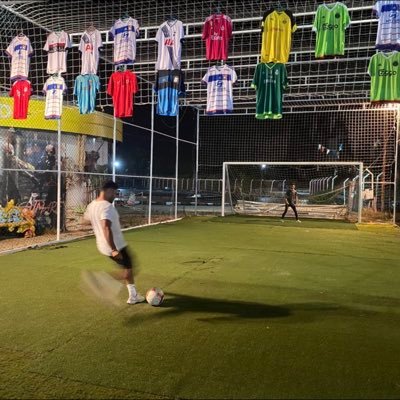 Sell Nektiah to them for £12m asap

@jaydmharris
🚨 EXCLUSIVE 🚨 Brentford have offered Christian Eriksen a six-month contract with the option of a further year. Would mark a sensational return to the Premier League for the 29-year-old midfielder. More on @TheAthleticUK #BrentfordFC theathletic.com/news/brentford…
2 Likes
← previous page next page →