Yeah Everton have had their fair share of duds so I don’t think we should be taking tips from them. They’ve spent a lot of money recently and signed about 27 no10s.

And who was that player of theirs who was so bad a fan came on the pitch at Highbury to tell him he wasn’t very good and to please leave his club? Think he then basically cried and asked to be substituted, lol.

They probably want him as a replacement for Walcott.
Even a mid table team like Everton take less time than us to shift out highly paid, under performers, like Walcott.

It seems like you need a reminder that Walcott is actually still an Everton player.

Maybe come back with your dig at Arsenal once Everton has actually flogged him?

I thought the smiley at the end of the post would be enough to indicate it might not be serious.

Yeah, while predicting us to win most matches and always defending Emery.
I only have a dig at who runs the club.

I’ve always maintained the supporters are the club, not the players, owners, or manager.

Today took place a meeting in the company that makes Football Manager, Brian McDermott did a Q&A and said that Nicolas Pepe is the “perfect player” but his value is above 70M and that we saw him when he was playing at St Etienne but didn’t impress, after a change of manager happened he made a 180° turn of his career and now we want to kill ourselves but that type of things are impossible to prevent. Also, we really like Pavon.

Frankfurt have made the signing of Luka Jovic permanent.

Arsenal, Manchester United, Manchester City and Liverpool are looking at signing Ziyech in the summer.

His kit would be an instant buy if this happens :giroud3:

I read that he has a £25m buyout clause.

Arsenal, Manchester United, Manchester City and Liverpool are looking at signing Ziyech in the summer. 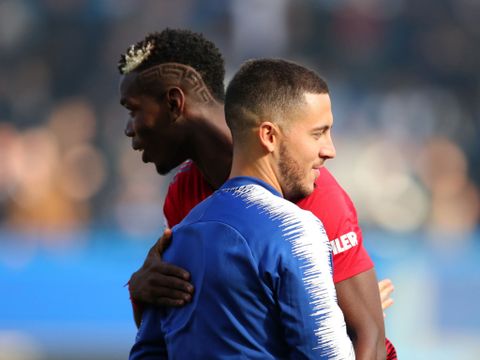 Real Madrid look like the need a bit of an overhaul.
They have too many older players and, since Ronaldo left, they lack a top attacking player.
So with the sort of supporters they have, who won’t put up with watching Barcelona and Atletico pull away from them, their board will be under massive pressure to get at least two world class players.

They need a striker as well , so I can see them offloading some of the older, high wage earners like Bale to pay for it.

United should bite their hand off, Pogba is not ‘the guy’.

Simply can’t be the so called best outfield player in your team, you’ll fail repeatedly.