That’s madness. (This is Sparta!)

The only good reason is if he was carrying a knock and we needed him for Benfica.

There is definitely a good argument of saving a player for the next match and avoiding altercations etc.
But it really breaks the momentum. We are finally looking at a new Pepe who we expected when we signed and I fear he will lose that confidence due to stop start nature of his game time

Pepe will play the full 90 against Benfica

Can’t see it. First win in the last 4 matches. If it ain’t broke, don’t fix it.
I think the likeliest scenario is that Arteta uses the same starting XI.

Don’t think Pepe will have much luck from the left with Tierney returning. They can’t combine together. They’re on different wavelengths.
Not sure if people saw this but Tierney tried making a run at some point and Pepe straight run at him and got the ball. Certainly didn’t look like that’s what Tierney had in mind.

Tierney overran the ball and was being dumb.

Should have passed to Pepe earlier and Pepe did the right thing taking the ball off him.

Tierney looked like a guy who hasn’t played in a month. Lets wait and until he has some semblance of form and fitness before declaring that he and Pepe can’t play together.

I thought he was being rested to start this match. Not really sure what Arteta’s doing with him.

Maybe he’ll start against City if we try to run back our micropenis FA Cup formation.

Still I’d like to see him starting in one of the next few games, in stead of ESR, just to see how it looks.
Seem like his confidence is on a higher level these days compared to his usual. I’d like to see that pace and trickery he and Saka provide a bit more often. Also a shame to waste his current energy on the bench, and ESR could use a breather.

This makes sense. Arteta has a decision to make in these two wing positions for the next few games. Man City, Benfica and I think Leicester ahead of us yet, so all big games where you want your best players.

Saka is also second in total games/minutes played this season, only behind Leno, but with the form he’s in, can Mikel afford to take him out of the line up? Pepe should be rotated into the side and I expected him to start against Benfica last night, given the competition and his form as of late. I just think it’s to our benefit at the moment to play him.

Pepe and Tierney on the same flank https://t.co/NwIpTgZKe5

Looks like I’m not the only one who picked it up.

Excuse the shit music and shit sub headers, but this is a decent video showcasing Pepe.

Clearly shows he’s got something about him imo, I feel like Arteta should set up to get more out of having two fast and tricky wingers in Saka and Pepe. 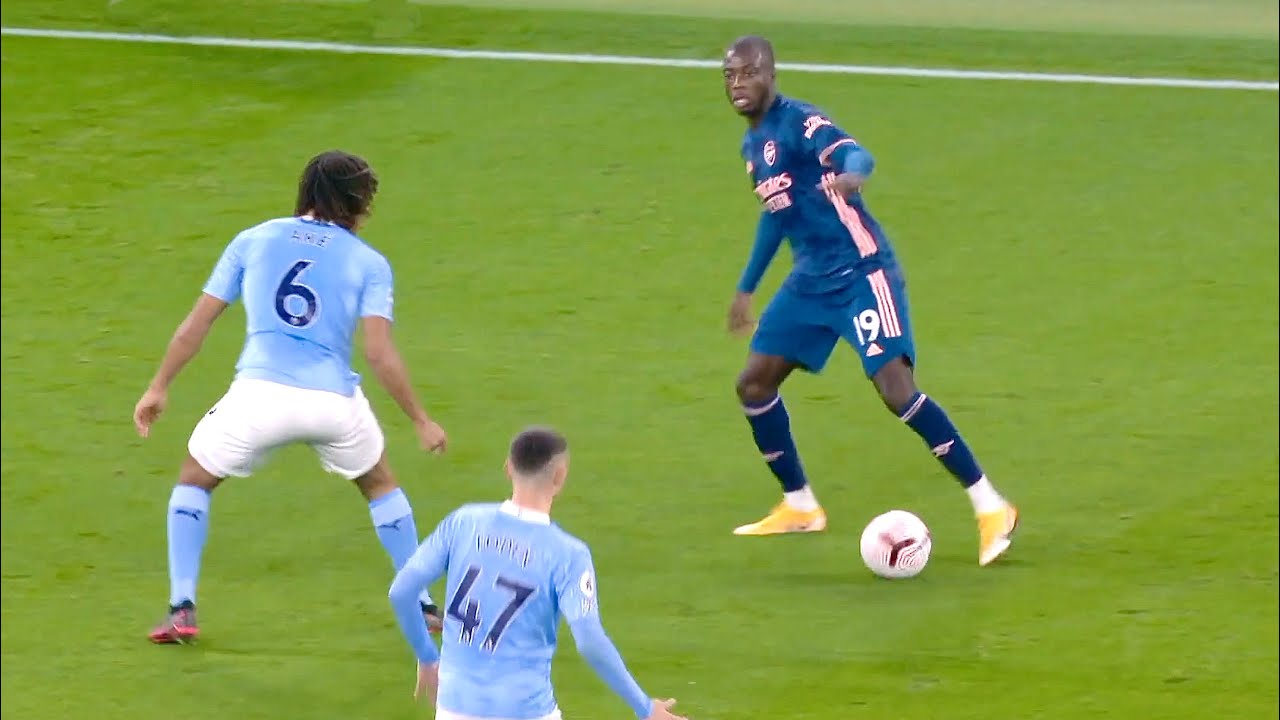 That performance against Liverpool is my favourite of his despite us losing and hardly seeing the ball.
He was new and fearless. Made mugs out of Robertson and VVD who hadn’t been dribbled past in a million games prior.

I just want him to be that fearless and express himself more often. He seems too subdued now, not sure if he has lost confidence or he is restricted by tactics.

I think by both, recently saw a quote by Arteta (might of been on here) where he talks about how he wants everything done an exact way and that he will shout it out from the touch lines the whole game. Being randomly dropped, given cameos and confused by instructions have all contributed to the Pepe of today. With the right manager and the right set up guy could of been and can still be a very good wide forward.

Footballers like Pepe won’t ever be respected by a coach like Arteta because he doesn’t value unpredictability and talents who need to express themselves on the pitch to showcase their brilliance.

Arteta wants everything from start to finish mapped out and that’s precisely why he’s going to fail as a coach. No inventiveness.

For £72mil you’d hope he had something about him, I think there’s every chance that in a few seasons videos like this will still be getting posted rather than him establishing himself as a key player in terms of performance and production.

Perhaps the only way he becomes a success here is for him to become a production monster who has a sloppy playing style a la Alexis but still posts up ridic numbers , from the evidence I’ve seen thus far seems unlikely indeed.

Still a bust IMO, when I look at a player like Raphina who cost less than a third than Pepe did shows just how badly we’ve recruited. Excuse after excuse gets made for this guy and yet Saka, ESR and more have no issues.

@SRCJJ: aren’t Saka and ESR talents in that mold? This sounds like another excuse bro. You don’t think Arteta would be playing Raphina for example?

I’d actually like to see him given a go through the middle. The nearer you put him to goal the more he’ll score. He reminds me a bit of Alexis Sanchez in he can dribble, can beat 2-3 players and score worldies but like Alexis is poor at maintaining possession

Like Alexis he can create shots for himself with individual skill. He isn’t even close to Alexis in creative passing and combination play though.

Doesn’t have the requisite finishing ability.

Only player in the squad that supposedly needs such and such set up, manager etc to succeed whereas others far younger in age and development are playing well.

If and when we do get rid of Arteta and hopefully get a good coach at last and he too doesn’t fancy him I wonder what will be said then.