Your wrong on RVP mate. Scored a few with his right foot. Not a totally one footed player at all. 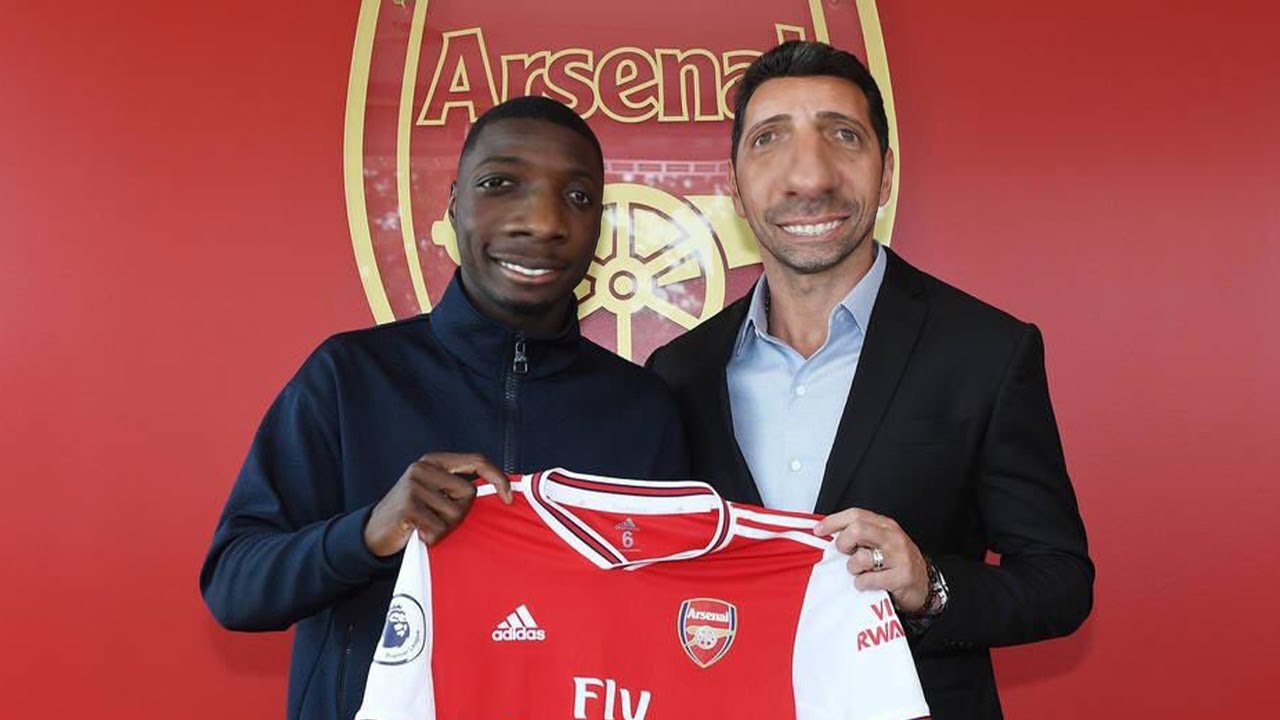 To be fair guys Pepe also scored a banger with his right foot in the EL not that long ago.

Robben is the best example of a extremely one footed player being elite.

Dude’s natural technique is off the charts, it’s one reason why I really don’t feel like giving up on him anytime soon. Perhaps if we start playing beautiful, creative football and he’s still not living up to his price tag then I may change my tune but for now he’s someone I’m really glad is at the club.

Personally I don’t think he’s been anywhere as bad as people have made out, behind Auba last year he was out best player in that cup win. Granted he was a fair bit behind Auba but he still was one of the few players turning up in games.

After Guendouzi I think Pepe is Arteta’s biggest failure. When Arteta came in I was high on the whole “he got Sterling to finally play football” company line. Unfortunately that looks to be bullshit as Arteta can’t get even get the team to play nice football so I don’t think he’ll manage to have Pepe balling to his full potential any time soon.

He did nothing here really. No pressure on him at all.
Sokratis could’ve done that.

Dude’s natural technique is off the charts

Is it really? I find his technique higly questionable at times. Does some world class moves here and there, dribbles a player around in a tight space then accellerates rapidly… But then, at times, not just at times, quite often tbf, his first touch seems so insecure, he doesn’t have the ball under tight control… And his dribbling often seems very random, he dances around but it seems like he does’t have the situation under control. A guy like him should be tormeting defenders all the time. He doesn’t. Gervinho at least did that (he just had no link up and end product).

Up until a few months ago, I have always been highly optimistic about him, and defended him… but always had some doubts I didn’t want to mention, and the sheere technical aspect of his game was definitely one of the main reasons for my doubt. He’s just way too inconsistent there. He’s 25, I’d be OK with that if he was 18.

Surely there is some quality in him (definitely more goals in him), but highly probably (I still have some reserve there, but I expect nothing from him) he’s no world class talent most of us expected.

Zelalem looked like the next Messi in the old training videos, I still have a small amount of faith in Pepe but it’s slowly running out.

Zelalem looked like Fabregas (insane vision) in those summer friendlies… Expected huge things from him.

Why is Saka lighting it up and yet he’s floundering?

Who cares about training vids and as for his technique it’s inconsistent at best since he joined and that isn’t down to coaching, he’s 25 ffs not 20.

Why does the team need to play beautiful football ? The excuses for this dude are hilarious now. That’s the thing with moment players is that they fool one into believing that something is around the corner but what is he doing game to game?

He didn’t even do anything except run in a straight line past players who aren’t allowed to tackle. The finish was shit too lol.

Gervinho was so, so good.
Not.

It felt like he made fucking hundreds of appearances, Jesus Christ.

That looks like the PL site, so I guess its only league appearances. I still would have thought it was more.

Would be interested in the minutes played by each to give a more complete picture, but regardless, it’s not a great look for Pepe.

Gervinho played in Wenger teams averaging 15-20 shots a game. This sterile Arteta / Emery team hasn’t even got half the consistent attacking output Wenger teams did so it’s unfair on Pepe to make comparisons to a player who played in a much better attacking unit in terms of what it produced.

That looks like the PL site, so I guess its only league appearances. I still would have thought it was more.

Would be interested in the minutes played by each to give a more complete picture, but regardless, it’s not a great look for Pepe.

Here you are gents, some more stats: 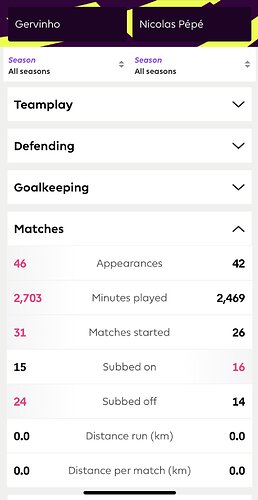