Hope we can sell him on in the Summer

Realistic fee for him with covid and all that?

We have to act like a big club and sell him for whatever we can in the summer. Not sure who would want him, though. Even for £30m he’s not going to attract many buyers.

It’s time for me to accept that he’s not the game changer we all hoped he’d be. We gambled and it didn’t pay off.

I’d find it hard to believe we’d outlay that much for a player like him.

It wouldn’t surprise me if it was £50m + incentives…

Having said that, I know nothing.

How much did the agents cream off the top I wonder.

Troy Deeney: "He's [Willian] started taking the kicking that Pepe deserves. Pepe has been there longer than him; there was a lot of money spent on him & he hasn’t really delivered over the course of the time" #Arsenal talksport.com/football/81574…
arsenescoatmaker 11 January 2021 13:23 #2434

Why’s this Championship player talking about us again?

Why does Troy Deeney keep chatting about us? Have we hired him as an official spokesman?

He’s on talksport? And he’s asked questions maybe lol. Not that deep

Plus, Arsenal sells.
Swear the club could get relegated and it will still get mad attention.

I felt there was a lot to like about Pepe's performance yesterday. Something I have been wanting for a while is for him to drift inside with combinations more often and he had way more situations like that yesterday. Issue was his decision making was still poor in these pockets https://t.co/qnMYsCj8n9

The other notable thing for me was that he was using his dribbling to drag us into better positions way more yesterday. Again, he wasn't perfect in these spots but a lot better than he has been this year. https://t.co/yg79rpIDp4
5 Likes
Joshua 12 January 2021 01:06 #2441

I’m having a hard time hearing him from the second division. Talentless pashun artist without any skill whatsoever.

The biggest problem is his decision making. He basically has his set position this season and not being asked to do anything outside of his normal duties.
He again after a decent twenty minutes in the first half fades and falls away on a constant basis.
He very rarely improves in the second half of games either. Don’t know your just overall left frustrated with him.

Extremely one footed for a forward also. Not sure if it would be better playing on the other flank.

Yeah there was a dribble the other night that as good as stopped a certain goal because of being so one footed.

I’m not worried about his one footedness. RvP started out as a winger and became a striker and his right foot was as useful as a chocolate teapot.

I think people put too much onus on a striker being one footed/ambidextrous, look at Arjen Robben as well. The worlds most predictable player and yet he always caught people out.

I think Pepe just doesn’t get enough consistent minutes to allow him to build up steam and a run of form. 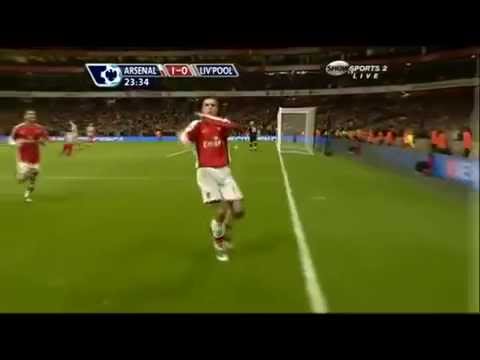 Just one of many great goals with his weaker foot