Show me an Arsenal fan who wants us to fail in our bid for top 4. I don’t know a single one.

There’s a certain someone on this very forum

Firstly he’s not some, he’s just a one and even then I don’t believe that’s what he wants for a minute unless to safeguard the keys to my potential new won in a bet California holiday home. 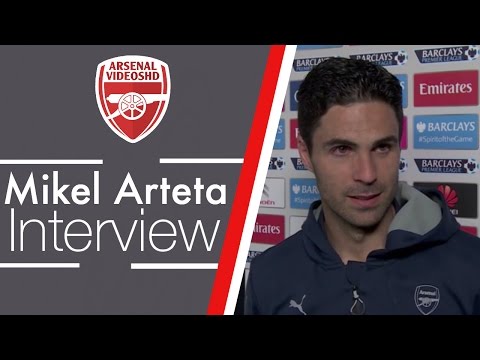 Cmon Mikel win the last 2 and prove you were worth the faith shown by being awarded the 2 year contract extension prematurely.

BTW Bacary Sagna is off his head, Arsenal premier league champions in 2 years

BTW Bacary Sagna is off his head, Arsenal premier league champions in 2 years

If we win tomorrow I’m going to be singing the Super Mik Arteta song around the house all week and trying desperately to get tickets for next Sunday.

If we lose I’m going to moan all week instead.

If we lose I’m doing a BigWeng for a day or two.

Lose or draw tomorrow @BigWeng_4LYFE is getting my approval to go full throttle.

Looking at that you’d definitely say the Conte is doing much better than Arteta even though the latter has had a lot longer and more money to sort things out.

When I get carried away with the Super Mik Arteta song, the run in makes me feel very disappointed and puts my feet right back on the ground.

If we don’t win tomorrow I’m definitely on the big Weng bus next week.

When I get carried away with the Super Mik Arteta song, the run in makes me feel very disappointed and puts my feet right back on the ground

Pathetic af that there are songs for this shitter when he’s been so underwhelming, but I get it it’s english football. I think I heard Burnley fans singing “we’re the greatest team the world has ever seen” a few weeks back

Lose or draw tomorrow @BigWeng_4LYFE is getting my approval to go full throttle.

I need very little to go full throttle. However the board/ownership dont even care if we make CL football they were giving this waster a contract extension regardless, and it’s fairly obvious that was the case. The clubs standard is in the toilet. So probably for the best we make the CL and see what Mikel has for the best teams in the world (spoiler alert we’ll probably be eliminated in the group stages and into the EL regardless).

@BigWeng_4LYFE using all the time he has before he goes back to his cave when we beat Newcastle tomorrow.

Gabi in the attack?

I’ve been singing it wrong all these months

What an attractive pair of bastards.

A few on this board too. You already know who has posts queued up if Arsenal lose/draw to Newcastle tomorrow. Pathetic.

If it meant he’d get the sack i would definitely be hoping we bottle it. Won’t matter tho cuz this club’s standards are in the toilet. With the way this season played out, we should have finished 3rd.

United are the worst I’ve ever seen. Chelsea’s owner was forced to sell and the club in turmoil. Spurs have a terrible side but since Conte joined they’ve scored more points than us, and Conte really didn’t even have them drilled to play his system until around February. It’s actually quite a shocking manager job all things considered, absolutely fumbled and bumbled to a top 4 bid all season when it should have been simple.

Couple seasons ago i said if we improved midfield we should be pushing a top 3 or 4 spot and then we went out and bought Partey…200m plus later we’ve hardly improved.