Bottled a CL final though

City couldn’t make it to a CL final with Arteta on staff. Check mate.

I’d give Arteta a chance in hell if the propaganda were not so unrelenting.

People have really convinced themselves on this PR things haven’t they.
Honestly Arsenal aren’t that clever .

I guess there is a school of thought that the teams are only as good as the players they buy and that usually the more you spend the better you are.

This is qualified in Arsenal’s case by lots of bad signings at the end of the Wenger years and then when Sanllehi was here.

They then point to Arteta being raved about by City players and Pep.

I think we were spoilt by the amazing jobs done first by Graham and then Wengers first decade under Deins stewardship where we seemed to buy very well.

Personally I don’t think Arteta has enough experience for this job and I think he’s probably a step back on good ebening gibberish speaker who’s poor linguistic skills mean he struggles when not in Spain.

I’d still like to see Arteta go, but clearly the club is happy to settle for mid table this year as they sell the “youth project” story to dim witted and gullible Josh Kroenke.

I’m not feeling overly optimistic about us winning against Palace. I thought we’d struggle against much cheaper Brighton and we did. I think Viera is a better manager than Arteta even though it’s unclear if he’ll go on to be top class right now. I hope I’m wrong and that Arteta grows into a top manager. Unfortunately, I don’t think I am.

Can someone explain to me how this guy still has ppl who support him? Do you enjoy watching such shit clueless football? Like how do you wake up in the morning and convince yourself ur gonna die on the defending Mikel Arteta as a football manager hill?? Lmaooo

I have no clue as well.
A couple of not-so-impressive low scoring wins against inferior (also a bad form Spuds) teams and made people start believing him again.
His PR team is really working a magic here.

After yet another embarrassing display, can we please stop talking about Arteta turning a corner or being the right man for the job.

He has spent more than almost any other PL manager in the last few seasons, he has no plan and he is going backwards.

We’ve scored seven goals in eight games and three of those were in the only decent half of football we’ve played this season against spurs, who were useless.

We scored one against Norwich, who are arguably the worst team the PL has seen, another in an unconvincing win against Burnley, who are the next worst team in the PL and two in another inept performance against Crystal Palace.

There hasn’t been a single top performance and, if anything, we are worse than when he took over from Emery.

There surely can’t be anyone, not even the most ardent Arteta fanatic, who think he should stay.

But his PR machine will be out as usual, telling us what a genius he is.
But he isn’t.
He is quite simply out of his depth, he’s floundering and he’s dragging us down.
He is simply the worst manager this club has had and he has to go.

If he doesn’t go, we’re in relegation trouble.

Going to take a string of defeats for this guy to get the sack, just don’t see it happening otherwise

How is this clown still in charge?

It’s not working. Please, do the right thing and change the manager.

Only other manager I can liken him too is OGS at Utd…spent a fortune, has decent players, but in reality, has not got a feckin clue.
It really will be a case of who gets sacked first, will then become a better team with a better manager in charge for whoever who makes the first move!

OGS will get the boot first.
Reasons???

United is more ambitious and not as dumb as Kroenkes.

@BizzySignal makes this point a lot but it does bare mentioning again. What is it we’re doing in training or when we’re not on the pitch to prepare for games like this?

No coherent system, no high level of fitness (How is this possible?) No synergy between players and no clue and always surprised by what the opponent is doing.

Talented coach my arse. Over his head.

I hope you’re wrong, and it is the Glazers were talking about, so it could be a close thing either way…

A couple of not-so-impressive low scoring wins against inferior (also a bad form Spuds) teams and made people start believing him again.

You gotta admit some did changed their stance.

Virtually no one. People were happy to see their team win some games and it’s getting dressed up as something it’s not

People were just happy to see us beat our rivals, it was an important win for morale. It wasn’t anything more than that. 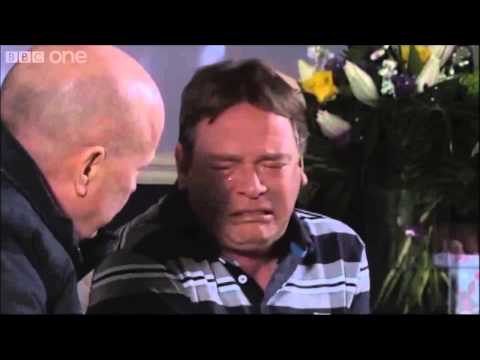