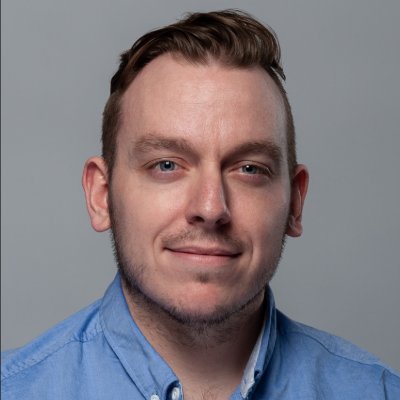 Artetas quitting, he’s already had enough of our shambles.

With this club, nothing is out of imagination.

It’s going to be something super boring isn’t it.

Hope we signed someone under the radar

Probably part of Xhaka condition on if we want him to stay.
Inflate my ego to the world then.

I’ve been liking what I’ve seen with Arteta so far and feel the results don’t tell the full story.

Having been going to the games including away to Everton and palace, I can personally see a lot of improvement on the field we’ve just been really unlucky with the results, really should of beaten Chelsea and put palace to bed earlier, unfortunately we didn’t finish our dinner.

But it’s nice to see our team compact and our team defending as a unit, not sure if it comes across on the telly but high up in the stands you can really see the difference in shape, The defence are much higher up and closer to the midfield, and really narrow and compact, it’s actually beautiful to see. In addition there’s a real positive vibe which you can see in the players and the fans, Captains match day programme notes are all encouraging and more importantly there’s no more arguing from the fans, players are even getting cheered at half time, the utd game was one of the best the emirates has ever been!

Personally I don’t think we should write the season off, all of our top four rivals will drop points and if we keep going like this, until it’s mathematically impossible I feel like we have a shot (no matter how slim) plus there’s still the Europa league.

I was very sceptical of Artetas appointment, and would still of preferred Poch as he has more experience working with youngster on a shoe string budget, however Arteta is looking like the real deal and although it’s to early to declare him a success but if we continue on this trajectory then I think next season we could easily achieve a top four position.

Just want to add a note about the players, so far I’ve seen a big improvement in a lot of players and genuinely believe that it’s only just the beginning and there’s still a lot more to come. I know some of the players have been disappointing but we have to remember that things really haven’t been that stable at Arsenal for a while. Pepe has now played under 4 managers in 6 months, 3 of which have been in a different league with a different language and different players with a completely different style. The same thing goes for other players like Laca who has been immense performance wise but lacking goals wise, guy was looking to go to Atleti but ended up here at time when people were putting up Wenger out banners every game and hiring by planes to fly over the emirates, since then we’ve seen Emery, a bad injury, Ljunberg and now Arteta, so for me it’s not surprising that he And others haven’t been at their very best.

I’m personally very positive and looking forward to all the games, and a much better second half of the season!

Maybe we have finally found someone that has the football to replace Pires. That’s press conference worthy for me

We have decided to grow the grass on the pitch by an additional 0.5mm as this will help the way in which we play and progress the ball. This will be a 6 month project costing £17m in which the groundskeeping team will be working tirelessly to maximise the grass output and using state of the art equipment and chemicals to pursue and capitalise on this growth.

It will be something mundane and uninteresting for sure

Don't know why people are getting excited by today's press conference. It's just Arteta's usual presser, it's been scheduled since the start of the week as normal. Only difference is it's immediately followed by one with Joe Montemurro ahead of Arsenal women's game with Chelsea.
Cristo 15 January 2020 18:17 #1076

So what was it about in the end? Just the game?

Of course. It was just the regular press conference. Are the injured players back available, Stones links etc.

Shit transfer policy so early in in his tenure is extremely worrying.

Really showing his lack of experience here. Not a good sign of things to come.

There is something of a general consensus that finding players in january, for reasonably prices and not having to overpay a lot, is very difficult. But still we are going to blast him/the club for that?

Not to say that all can go too shit still.

No he’s part of the malaise. Let him go now. Easily covered. No loss.

Xhaka? We literally only have 4 senior centre midfielders (one of whom is Guendouzi who doesn’t really seem ready under Arteta) in the squad at this moment. The next one we will get needs to a really good imo.