Xhaka, Bellerin and Willian have been pretty shite recently.
Time for Mikel to drop the favouritism and give a chance to others.

Xhaka, Bellerin and Willian have been pretty shite recently.
Time for Mikel to drop the favouritism and give a chance to others.

If you want Auba playing through the middle, dropping Willian isn’t really an option unless you’re willing to hand starts to Nelson, Willock, or Smith-Rowe (who just returned from injury and hasn’t played in any capacity for the first team in forever).

This is one of the big issues with Auba at CF (which I support in general). Our depth at wing/attacking midfield is pretty questionable and entirely composed of very young players, the best of whom (Martinelli) is injured. Hopefully a couple of these guys can step up and be real contributors but right now we’re paper thin in these positions, which is how we ended up with three strikers on the field at the end of the City match and nobody to play them the ball or advance it up the field.

I don’t want him to but if I did, then Saka and Pepe would be my wingers.

We found success playing that front three towards the end of last season against top teams and have decided to completely bin it and I don’t understand why.

Surely taking that starting point and adding in Willian, Partey and Gabriel to the 11 helps solves a lot of the issues we had last year.

Why the unnecessary complications.

Saka instead of Willian and you have a deal. 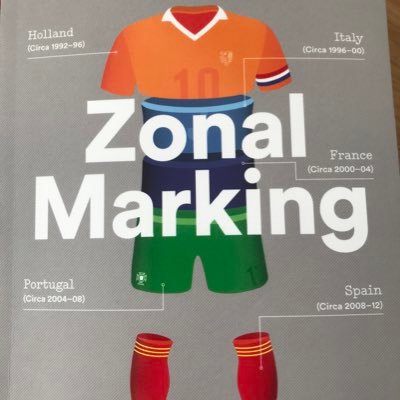 Arteta should watch Liverpool and Leeds and do what Klopp and Bielsa do.

Arsenal often don’t create much. And don’t have a particularly prolific creator in their ranks.

It is an abbreviation for “Too Long, Didn’t Read”.
Often utilized in couple of ways

Had to check the league table to remind myself that it’s not all doom and gloom.

We’re in 5th place having lost 2 matches against Liverpool at Anfield and City at the Etihad. On paper, the 2 hardest fixtures of the whole season.

People who are expecting dominant performances in big away games just 10 months into Arteta’s reign are being unrealistic. Trying to reverse almost a decade of bottler / weak mentality is a mammoth task. It isn’t just about players and systems - it’s about belief. Coming off the back of the awful final Wenger years and the Emery terrorist saga, it’s going to take time to undo the mental damage that lots of these players have suffered.

Klopp who is heralded as the best manager in the league / world / history had a very up and down first couple of seasons at Liverpool. Implementing a system and vision of how you want to play takes time, and then it takes more time to finesse it into something that can win big trophies.

And then when you have a midfield as utterly average as ours, coupled with poor creative options, then I’m looking at those two losses and seeing that there is a big context that needs to be taken into account. Particularly when the pragmatic approach has seen us beat Liverpool in 2 of the last 3, and City in 1 of 3 (although I’d be inclined to ignore that loss where Luiz imploded).

Losing to City and Liverpool away is not going to decide whether we get into top 4 in any case. That is our main target this season. I’ll be far more critical if we don’t get results against teams outside the top 6. Now that we have Partey, things will hopefully change quite visibly as well in terms of performances.

Not bad at all. The start to our season. A loss away at Liverpool and City is nothing to be ashamed of.

I have high hopes for a top 4 finish this season. Feeling much more confident than I ever did when Unai was in charge.

People who are expecting dominant performances in big away games

Genuine Q but is being the away time a big disadvantage without fans in the stadium?

I think Mikel gets Top 4 at the very least and will win a trophy or two.
What I’m wondering now is whether we can go for the PL while our rivals are a bit shakey.

No I don’t believe so. I think the lack of fans is having a huge impact on the game, which is why we’ve had this crazy high scoring season so far.

No I don’t believe so. I think the lack of fans is having a huge impact on the game, which is why we’ve had this crazy high scoring season so far.

Would you say the winner of this PL season will be most genuine PL winner as all matches are basically neutral matches?

There is an advantage big clubs have in terms of support that relatively smaller clubs won’t have, or on other hand, big clubs would face less toxic environment compared to previous seasons.

I think one of the big reasons why there have been such strange results is, not just because there are no supporters, but without any atmosphere it seems like a training session or friendly match.

That goal that Lanzini got was sensational but without any crowd noise it was just like a training ground goal and that’s why we are seeing so many unusual scorelines.

The Era of football is Art is over at Arsenal today with the exclusion of Ozil.

The Era of process football begins. Run like mad dogs is what football is to Arsenal now.

Hope we get Pep soon.