Probably still raging he had to get him over Nzonzi

Probably still raging he had to get him over Nzonzi

Is his ego really worth his job though, if it truly comes down to this…if it does its the height of stupidity considering if he massively fucks it this season he is done. 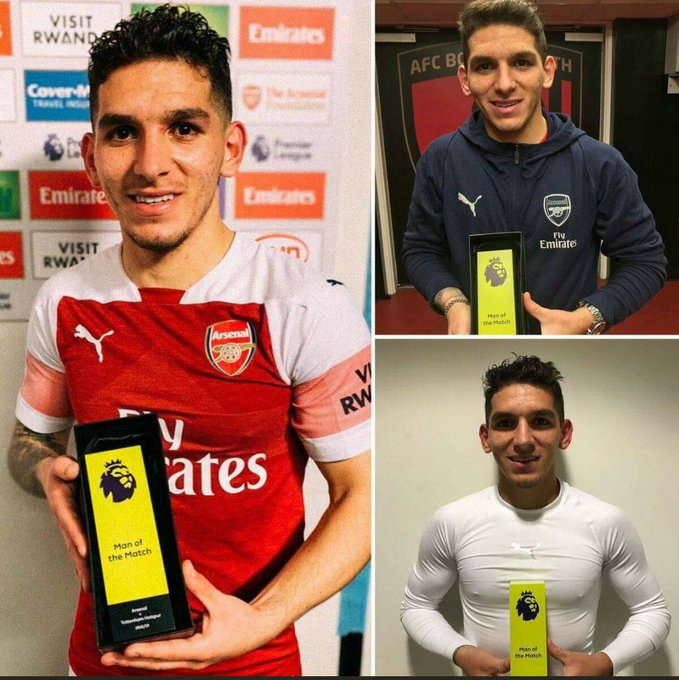 Just some proof that he can hack it in the PL

I don’t get the feeling he was a Emery buy, as from the 2nd half of last season onward’s it’s clear Emery rates Xhaka more. He couldn’t drop him in that first half of the season as he was one of our best players but you could tell Emery was just waiting for him to have a bad run so he could drop him. I still think a Torreira-Guendouzi-Ceballos is the best midfield we can go for. But no way is that happening under Emery. Could see Torreira leaving if Emery stays.

I wonder if there’s actually some truth to that rumour last spring/summer that Torreira was commenting to people close to him that Emery was fucking clueless. I wouldn’t be surprised, honestly, and given Emery’s small dick complex it would make sense he would react as he has.

The shambolic way we defend as a team won’t be solved by playing Torreira at DM.

He’ll do a far better job than the rest of our squad in that position, but he will still get caught out and made to look average because of the clusterfuck instructions (or lack thereof) given by Emery.

He is a quality, modern DM and looks like one if you play to his strengths in a functioning midfield. People have gone cold on him because he’s not played often, and when he is, he’s played too advanced like he’s a fucking defensive AM.

Torreira should be the first name on the team sheet out of the midfielders because he has a vital skill set that none of the others possess.
What a fucking waste of talent.

Fuck me the amount of definition we come up with for these midfielders. DMs AMs box to box. Needing to be in a two not a three ffs.
How about getting some adaptability in your game and becoming an all rounder. Where playing average teams for the majority of the season. Really don’t need specialist positioning players every fucking games. Just overly thought out rhetoric this stuff at times.
Honestly take a look at an ordinary talent like James Millner it’s not all rocket science.

“Why are you taking away my childhood with this football nightmare???”

@AmnestyInternational please look into these war crimes Emery is inflicting on our poor Uruguayan.

Was shite tonight, but Baresi was also a shite striker.

I often think you’re about my age cos you say stuff like this when the reality is I dont think you were even born when Baresi played the game? You must have nerded hard on football/other sports as a youngster?

Possibly it’s just easy to know from enough video footage just how incredible he was. That and everything he won, and the countless quotes from fellow players of how great a player he was. Sure many YouTube compilations can make anyone look decent, but it’s not hard to see how amazing he was.

I never saw Savicevic play really, but looking back it’s now blatantly obvious he’s the best dribbler of all time.

If @Electrifying had have said Maldini instead however, he’d have been incorrect, Paolo was a great forward/winger in his youth and it shows in his dribbling ability and passing.

Haha I just read a few books on him, like the Patrick Vieira autobiography, and videos like Gio said.

And also yes I am a huge nerd.

The type of player you bring on with 20 to go to run around and attempt to defend a lead.

He got to play DM last night and still looked a bit average before moving to his native #10.

Torreira is far from shit bro. Believe me.