Wenger always raises the level of his players quite a lot. Y’all didn’t realize how shit Xhaka was until Wenger left tbh

Also when the club spends major money on players u kinda have to make the best of a bad situation and play those guys and at least let them dig their own grave.

he signed off on every signing.

I guess i have to continue with the narrative because u guys continue with this one above when it’s not true. Wenger was on board with Xhaka even tho he didn’t scout him, but u can’t fault him for that because Cagigao was backing him. Wenger never signed off on Mustafi and Perez tho, I mean why do u guys fight the facts so bad?? Lmao y’all really hate being wrong that much?? 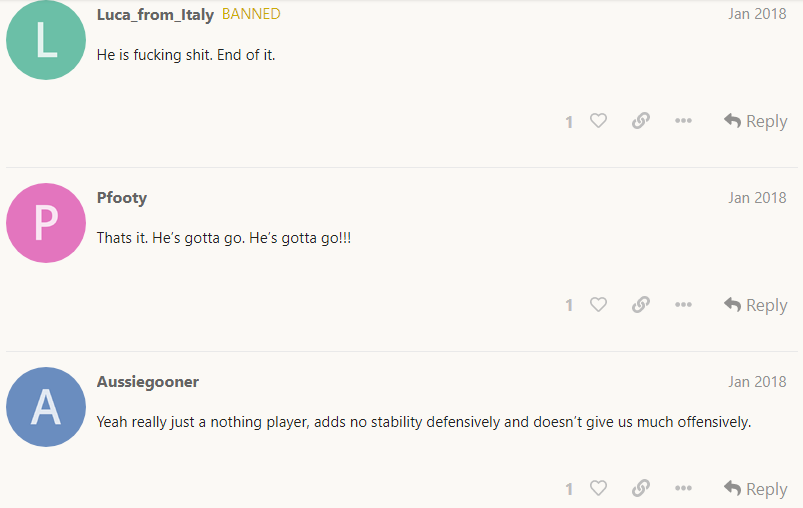 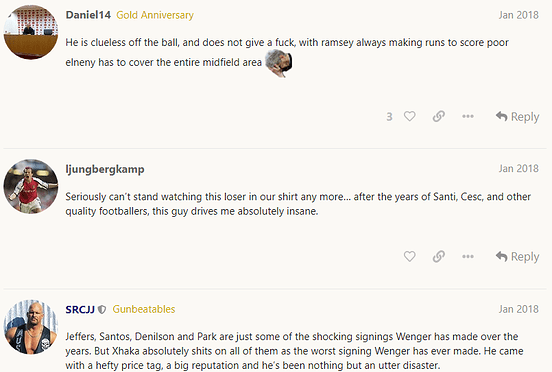 Even back then we controlled matches and dominated the play despite Xhaka. I mean he’s a fucking moron and this is probably after he gave away a penalty or something but we all know ppl defended him and actually still defend him. The majority of ppl are only really coming around to how bad he is the last year or so. Also how come u don’t post what I was saying about him? I’ve hated him about 3 or 4 months into his stint in the team.

Even back then we controlled matches and dominated the play despite Xhaka.

Thats just plain wrong. In Wengers last 17/18 season we controlled shit. That season was the most soul destroying and disgusting season during my arsenal fan career.
It was like peak Emery banter era just two times worse.

Your penis is small.

But it gets hard rike rock, that’s better.

Do you wanna Xhaka.

Granit Xhaka on Arteta convincing him to stay at Arsenal: “Until this day, the words he gave me was exactly what I wanted to hear & for me, it was very important to give him everything back, for the club & the fans.” [Sky] #afc https://t.co/hVUdlR9HJL
SRCJJ 17 October 2020 15:58 #5350

Xhaka shouldn’t be anywhere near this club.

We’re used to it. He sucks. His limitations force a formation that sucks. (Or maybe Arteta likes having him waddle around midfield killing every counter opportunity) The nightmare scenario is that he plays with Partey.

I think he has been excellent since Arteta arrived and managed to change my opinion of him. For me, he has been one of the best midfielders in the league this year.
Having said that, his last couple of performances have been questionable. Rather interesting that even though he is a favourite of Arteta, he was dropped against Liverpool.
Somewhat good performance against Sheffield but he shat the bed against City. Not that Ceballos was much better but I doubt Arteta would drop them both given our current options.

I think I complained enough in the matchday thread to cover it tbh.

Strange how people slept on him dropping a disasterclass against City.

He didn’t have a disaster class. He had an average game, same as the rest of the team. People really need to quit with the agenda. (I don’t mean you by the way, but there are a few posters who will constantly call him out).

He struggled to keep up with City at times, but in general his passing was fine, not great, but fine. He looked composed on the ball, seemed to work hard off it.

If I had to rate the players, I’d actually say he was better than the likes of Auba, Willian, Pepe and even Bellerin, if I’m being honest.

But some people can’t see the wood for the trees any more. Don’t get me wrong, obviously he can be upgraded, but the criticism of him can be a bit OTT at times.