Ziggy would be cool. I had a very entertaining uncle Ziggy.

As for Ziggo, it’s a major cable operator in the Netherlands. So not as bad as a investment bank @Craigie - hope that doesn’t ruin it too much for you.

@shamrockgooner @Gio my design team took care of NEC’s visual identity for the upcoming season. Thoughts on the line-up graphics? 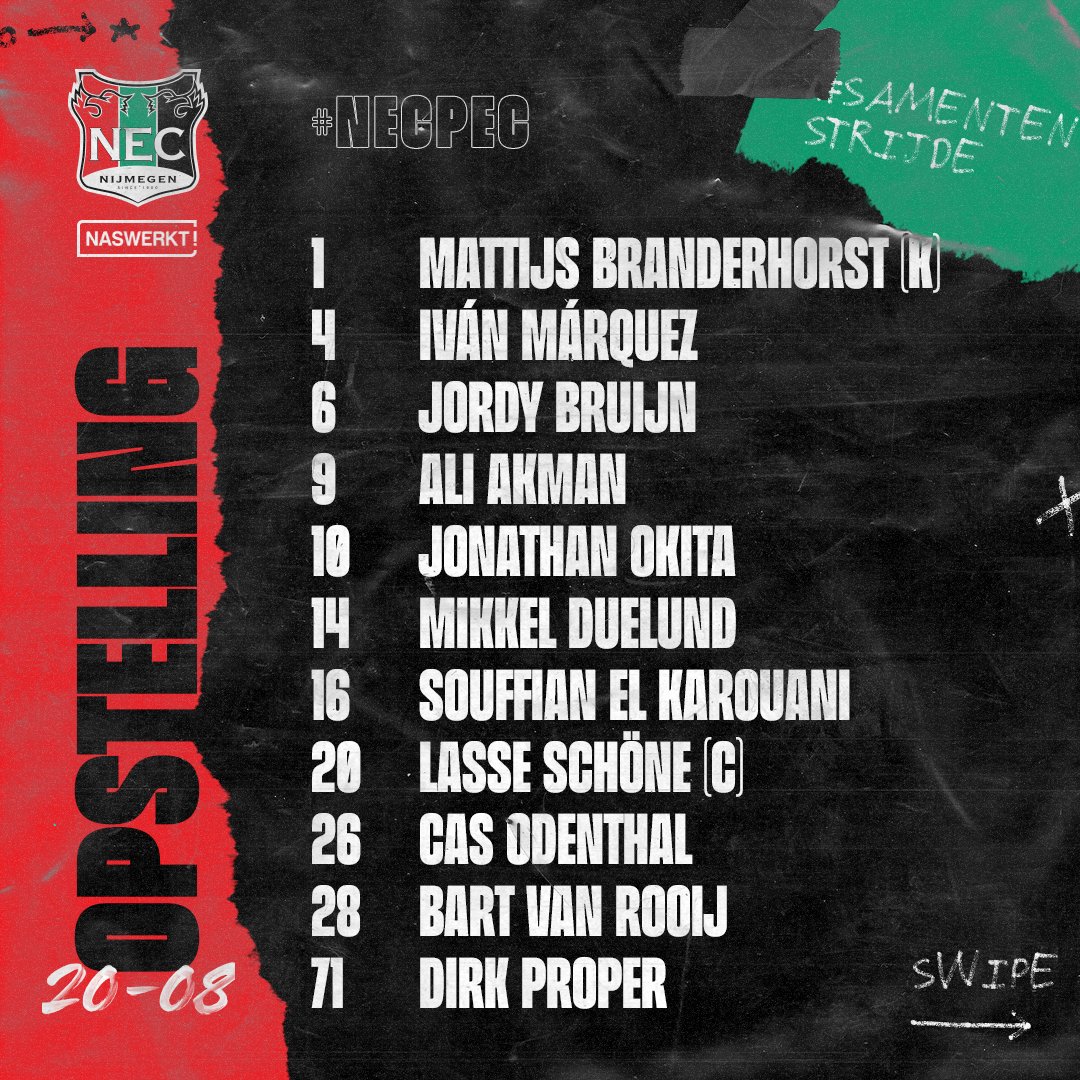 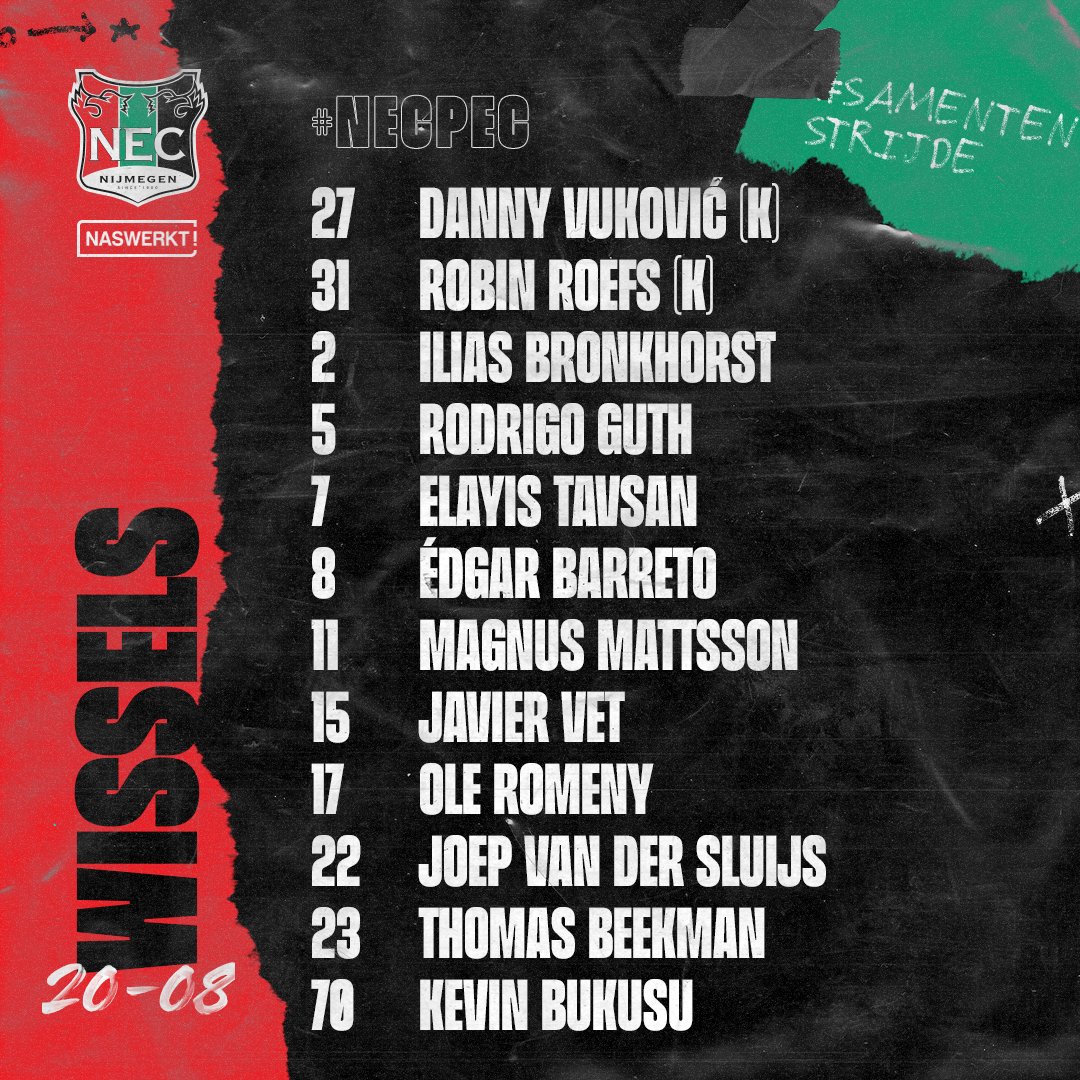 Got a bit of that grunge effect going

Overall that’s a solid 8/10 for me. Fuck that keeper for having such a long name though. The main thing is it’s the team sheet and you’ve gone for white on black so it’s always gonna be a win.

How much talking down did it take to get just that corner of green to fly?

How much talking down did it take to get just that corner of green to fly?

Yeah the original mockups had less red and green. The club wanted much more of it. We had to meet somewhere in the middle lol. Their color scheme proved to be a big challenge lol. Red, black… and green.

During the design process everytime it felt like: “Ah shit we need to add some green here too”.

The first concepts had less color and more black & white: 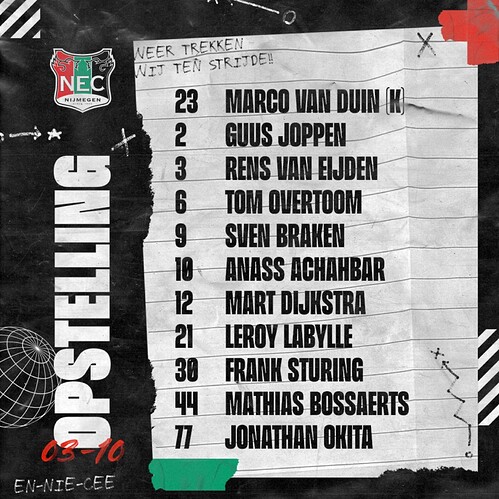 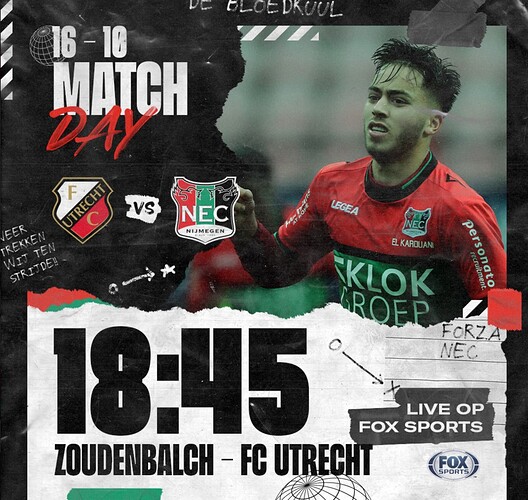 Looking back at it now it feels a bit cluttered and over the top. Also NEC said the black and white was too similar to Heracles Almelo’s identity which is kinda true I guess. So that’s why we had to add more red and green.

Still happy with the overall identity though. Looking back, the final version is definitely the best 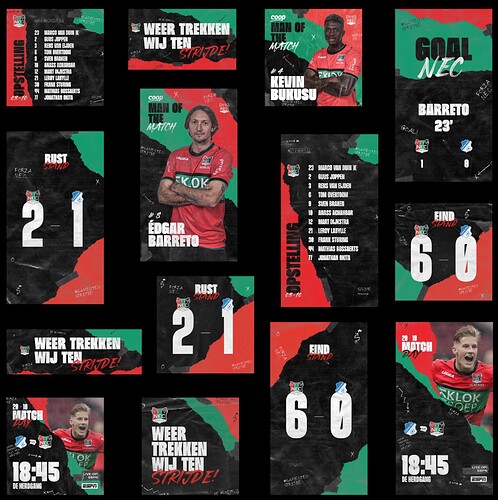 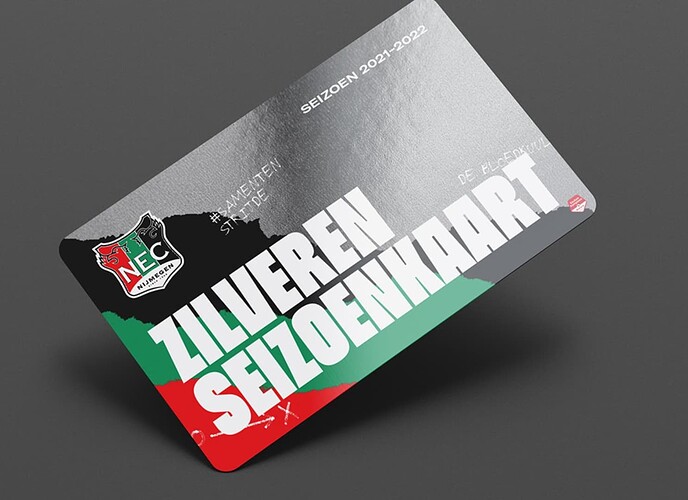 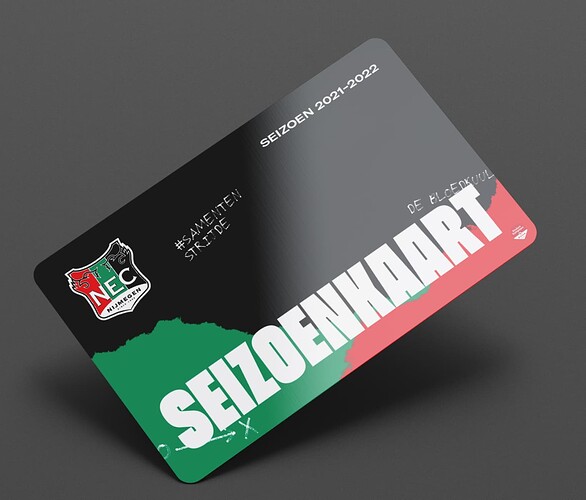 Their color scheme proved to be a big challenge lol. Red, black… and green.

Not a particularly nice green either. It’s good work, really like the season tickets.

This was one of my thoughts! However I do fucking LOVE that font, especially blown up with the numbers. I would say the script “day” over “match” doesn’t work for me personally, but then other instances you’ve used the script font does Work, such as “goal nec”

And my last nitpick would be to make the fox sports logo monochrome, and the “live op fox sports” not overlap the bottom large text, it just contributes to that cluttered feeling.

PSV got steamrolled 5-0 today. And they are the direct challengers to Ajax 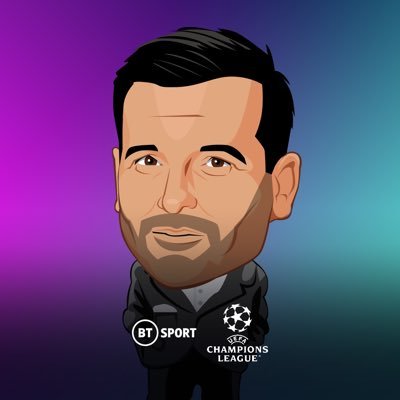 @honigstein
Ajax are the ninth-best team in Europe right now, with a fraction of the budget of those above and around them, playing superbly entertaining football under Erik ten Hag. On a club getting the big stuff right. theathletic.com/2925159/2021/1…
5 Likes
Bl1nk 2 November 2021 09:53 #312

Also, their social media is top tier too, always ahead of the curve.

My boyhood club NEC Nijmegen promoted to the Eredivisie last night, via playoffs. They finished 7th!

Excellent season so far. After securing promotion via playoffs last season, now fifth in the Eredivisie. They’re on a great run. 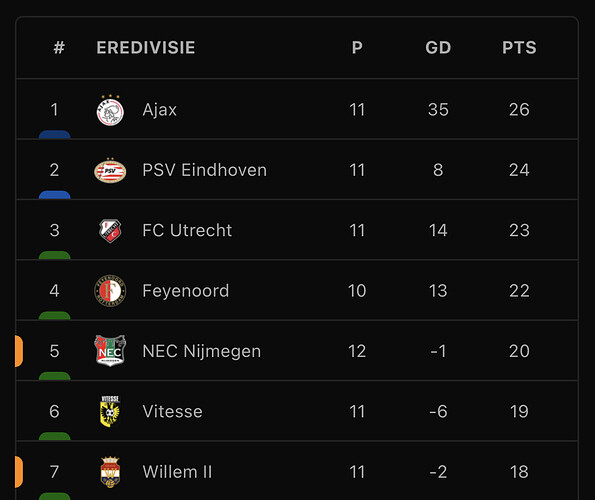 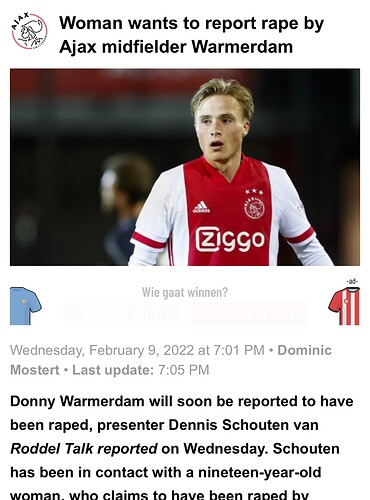 Translation is off but Warmerdan has raped an 18 year old girl at a party a while back.

Schouten tells the story as he heard it from the woman. "She was at a party in Voorhout six months ago, he was there too. She thought he was a nice boy. They kissed, after which he pulled her upstairs. He wanted more than kisses. She clearly said she didn’t want to anymore “Yet he tore her pants to pieces, I saw pictures of that. He then did the deed with her. She didn’t want that. After about three minutes, she escaped the situation and she left the party.”

“She clearly said no, she cried. I asked if she had proof. She has had texts from people who saw her leave crying and asked what had happened.” Due to the recent attention to transgressive behavior (Overmars), the woman would have decided to report the crime after all. She has made an appointment to do that in February. “From what I have seen, the photos and messages, the declaration has a good chance of success, let me put it this way,” said Schouten. Warmerdam comes from Ajax 's youth academy . The defensive midfielder has not yet made his debut in the first team, but has made forty appearances for Jong Ajax to his name

Not commenting specifically on this case but it’s quite alarming how the culture in football has never really changed much. You can genuinely see how far behind football is from having a proper culture shift. In the last few months alone you’ve had Mendy, potentially Greenwood, Overmars all caught up in some type of scandal involving sex / violence. They all have very high profiles in football it’s not like this is a low level issue either.

Throw on top you had RVP, CR7, Benzema and Ribery all caught up in scandals during the mid to late 00s too. It’s quite crazy that it’s a high profile issue in football.

It doesn’t surprise me much tbh still a huge and troubling issue in society so considering football now has more money, prestige, fame, corruption than ever before it makes sense that it has it’s own insidious place in football too that has never really gone away.

Have to wonder how many of these cases haven’t seen the light of day due to pressure on victims, crappy police intervention or victims just feeling like they can’t go through with the public scrutiny so may opt to take some form of compensation instead.

If the woman in this instance was raped I hope to see justice served.