Weirdly both goals yesterday had that “is that in” feeling to them. Dunno if it’s the camera angle at Shelhurst Park or what but both of them took me s second to realise.

I hope we can rid this stop playing after 30 mins stuff in the near future.

I think against a bigger team, they’d make us pay.

Too early to say anything at this point and it will take more than a 1 performance and result like this one to convince the doubters, which includes me.

Am super thrilled by the overall performance and mental toughness we showed yesterday but let’s make a habit out of this.

Tierney had no right winning and directing that header to a teammate, goal doesn’t happen without him

That really was a cracking result, Palace are a good side and won’t be mugged-off easily this season.

Ironic that Saliba had one of those Vieira-type debuts where he immediately looked a class above the rest.

Interesting refereeing last night too, new instructions to let the game flow will lead to many a spoilt player screaming for a free kick then having to immediately recover from a life-threatening injury to get back up with the play. I like what I see after a season of what seemed like constant stoppages for fouls and VAR checks.

All in all, a game that made me excited about the possibilities this season, which is what we all needed after last August.

One thing I’m disappointed about is how we ended up losing the possession battle by almost 60/40. In pre-season it felt like we were really pinning teams back much like City do, but we couldn’t do the same to Palace, at least not for much more than the initial 20 minutes or so.

At the same time, Selhurst is a tough place to go and I think plenty of good sides will drop points there this season. These are the types of games where you often just take the points however they come.

I wouldn’t look to much in to that, most of palaces possessions was them passing along the back four, while we pressed them.

People see too much into possession stats. It’s largely irrelevent. 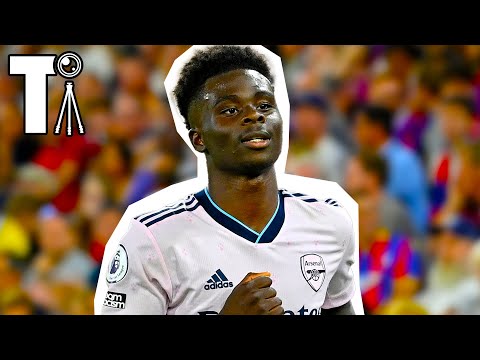 People see too much into possession stats. It’s largely irrelevent.

A lesson that should have been learned years ago under Wenger when we could have the majority of possession and deservedly lose comfortably to Man U and others. Possession is great but it obviously depends on what you do with that possession lol I didn’t know you can re-watch entire matches on our official website. Stumbled upon it by accident. HD quality too.

They did this with the friendlies too. Must be a new addition. That’s pretty cool.

I think they have been doing that for a long time now, it is pretty cool indeed.

I’ve got to make a note of that. All I can see on there at the moment is the highlights and the bench cam.

The trick will be to stay away from any source, OA included, where the beans are spilled re. the games before I get to see them.