Superb bowling from Bumrah, killed the test off pretty quickly after lunch.

That chase was always going to be a big ask but it’s dissipating the way we fell away so quickly.

India can fuck off.

India are just a legit side, beat us in Australia in the summer just gone, now looking like they’ll do the same to England.

Have to say, this Indian side continues to surprise me. After the tame first innings batting performance, conceding a lead of around 100 runs, to come back and score 460+ was special. They seem to have the ability to dig deep and come up with answers when they are in tough situations. The way the lower middle order and the tail have batted has been exceptional, and refreshing.

As for England’s batting collapse post lunch, that was a surprise, even if not totally unexpected. The opening pair had put England in a strong position and with Root at the crease, it felt like England will see out the second session and give it a go in the third but Bumrah had other ideas. That spell from him was WORLD CLASS. Fast, reversing, yorker length, i.e., unplayable. Better batsmen than Pope and Bairstow would have found it hard. Root himself almost played on when dealing with one of those vicious balls. What a spell!!

This has been a fine series so far with both teams looking like winning/losing each game at various times and am sure the final game will be no different.

Apparently the 5th test is off ?

Yeah, India are unable to field a team so have had to forfeit. So does that mean we win?

I assume so. I’d legit rather a game and my team lose though than win in those circumstances lol.

Ffs, was looking forward to following it this weekend

Kind of impossible to avoid situations like this when your touring for a few months. Just a shame it ruined the final test

India disputing what the ECB said. they say they didn’t forfeit, but the decision was taken out of their hands. So maybe the match will just be postponed. Though no idea when they’d fit it in. Next year maybe. 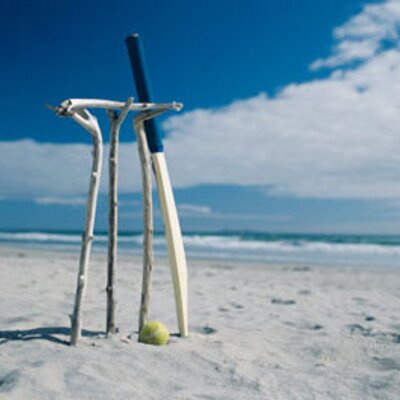 @SajSadiqCricket
The New Zealand cricket team has arrived in Pakistan, for the first time since 2003 #Cricket #PAKvNZ

@CricCrazyJohns
Micheal Holding retired from commentary, one of the best voices in cricket.

The man with the longest insane run up. Blistering pace him.

Faced him in the nets once as a Surrey junior…Only man I EVER thought was faster was Wayne Daniel…Holding was the BEST bowler ever for me, and a genuinely lovely chap…Great commentator…Up there with John Arlott and Richie Benaud, lovely voices, will be missed on the radio…

Actually think cricket more than most sports has so many good pundits and commentators.

Agreed mate…It does seem that they give the jobs to people who are ACTUALLY good at it, rather than just ex players…Joe Cole for example…jeez…

Just to add…when Agnew got the big job, I was a bit surprised, but turns out he is extremely good…

I have a leaning towards Cricket because of my dad’s interest in it and have always enjoyed the coverage. Don’t see much these days to be fair.

One thing I can never quite wrap my head around is people who don’t watch it say it’s too complicated, it’s got to be one of the least complicated sports around.

There are a lot of details tbh. So many variables and rules. Far more than football I’d say.

I think there’s a lot of nonsense grey areas in cricket at times too with regards to the wash outs, net run rates and other stuff I can’t remember off the top of my head.

I love the sport but so much depends on what format people get introduced to. Limited overs seems to be the main entry point for new followers. But the more limited overs the more basic the game becomes with fewer and fewer details. There’s a big disparity between the formats now with the types of fans in the game.

When it comes to test match cricket I’ve found that new fans either get fascinated by the tension, attrition and details like how a cover drive looks, spin, swing, captaincy etc or they run at the first sight of it.

I can’t agree that it’s a simple sport but I do think it’s one that a lot of people turn off at the first hurdle without ever giving it a chance.

I should have said, I meant gameplay. And look, you watch it more than I do so I may be missing something but to me it’s always looked a simple game with well defined rules and they’ve been using technology for absolute years and years.

Cricket has always been my sport…
I have played it since I was VERY little, first picture of me, is at age 4 with a cricket bat in my hand, and I was lucky to play at a very serious level for many years… I played for Surrey for 3 years, I was Alec Stewarts captain for 2 years, and he ended up as England captain, although I know, he only ended up in that position because of his dad…Another story…lol

The actual game itself, is very simple, however the rules, are extremely complicated…
Great game, played by great people, and, as Stroller pointed out, commentators and analysts are VERY knowledgeable…Something football could, and should learn from…