What the actual fuck is wrong with these fucking people.
That is absolutely disgusting. These cunts think they can just do what the fuck they want.

If he was my teammate, I’d certainly be having words with him.

There’s something wrong with people who are deliberately cruel to animals.

If you don’t like them and aren’t responsible enough to look after animals, don’t have them.

Sack the scum . Horrible bastard. I can’t understand the police not taking any action, they should make an example of him.
Let’s hope the whole footballing community turn against him . 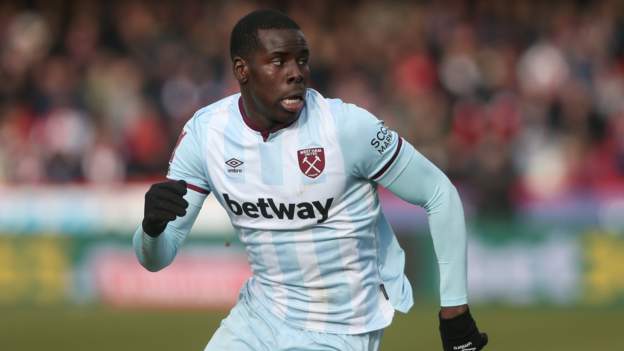 There is no way those cats should remain with him

Despicable piece of shit, need to throw him in the lion’s enclosure at London zoo, see how tough he is then.

Still actually aghast that they can’t initiate legal proceedings against him, though.

Fucking cunt. Hope he suffers. I have no mercy on cunts who hurt their pets.

How do they even come to this decision?
Video evidence, guy’s admitted it, and it’s a criminal offense.

What logic is there for the police not to investigate?

You’d think the fame aspect would make it worse for him in this case, far more likely to go viral and put a load of pressure on the police to investigate

Wouldn’t mind seeing Zouma being booted like that, the braindead moron. Absolute cunt.

Put him in a cell with Mendy and Greenwood, the cunt.

An apology won’t cut it.

“I also want to say how deeply sorry I am to anyone who was upset by the video," he said. "I would like to assure everyone that our two cats are perfectly fine and healthy.

“They are loved and cherished by our entire family, and this behaviour was an isolated incident that will not happen again.”

“An isolated incident.” You either think it’s funny to kick a cat or you are a decent human who wouldn’t ever consider doing it.

And in front of a child? What an absolute prat.

Exactly, it’s just not plausible. Had cats all my life and they can be annoying as fuck sometimes moaning for food etc but would never dream of reacting by kicking or slapping one, never mind doing it just for fun as he seems to be doing.

It’s just bullshit because it got leaked.

Yeah, I mean, it’s pretty well known that cats can be evil and often watch you and plot how to kill you.

But you’d have to be a wrong sort of person to just go and do what Zouma did.

He’s an evil cunt. There’s no way you do something like that without having something deeply wrong with your psyche.

Also, his brother laughing in the video? Shows it runs in the family. Pair of pricks.