Rumours on twitter Sean Dyche is leaving Burnley at the end of the season.

If he does leave I think Burnley are fucked and will get relegated next season. He’s done some job keeping them up.

Mark Hughes is the favourite apparently

Dyche hasn’t shown enough for one of the more ambitious lower table clubs to give him a shot but he’s done more than enough to join the managerial merry go round and basically take the role of the modern day Allardyce in being a specialist at keeping clubs organised and performing well enough to keep them in England.

Basically out performed the media darling Eddy Howe each season pound for pound.
Be interesting to see what he wants to do.

Be interesting to see what he wants to do.

I would imagine eating some pies is high on his agenda.

But Eddie of course is a legend.

@Stroller John Giles is on your wavelength. Possibly gone a bit overboard by claiming Dyche should be in the mix for manager of the year tho! 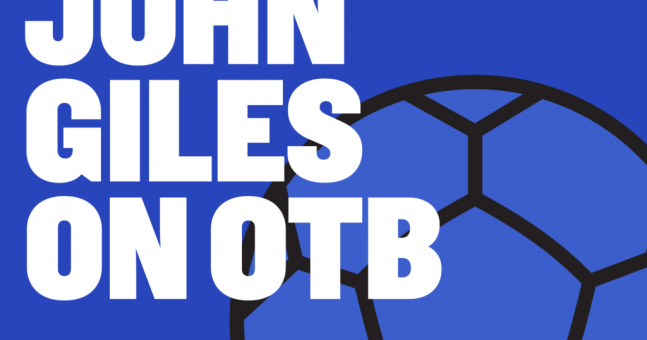 JOHN GILES | Klopp's Liverpool dynasty and where is the love for Dyche &...

Is that THE Johnny Giles?! Leeds legend

Up to about two years ago he was a television pundit for as long as I can remember and he still regularly contributes to radio shows etc here.

When Arteta took over Burnley had one more point than us. 19 games later they still do. Hell of a stat if you think about it. Its a measure how far off the club is and even with a couple of signings its going to be a tough ask to be pushing for fourth.

When Arteta took over Burnley had one more point than us. 19 games later they still do. Hell of a stat if you think about it. Its a measure how far off the club is and even with a couple of signings its going to be a tough ask to be pushing for fourth.

I’m not sure that’s the best yardstick to be using. You have to factor in all the commotion and madness on our end.

Have to respect what Burnley are doing and have done for so long now, but I think they are very much an outlier with established systems etc performing at their peak rather than evidence that we are truly a 10th placed team.

With 2-3 good signings and no big losses we are banging on the door imo, that’s a step Burnley can’t and won’t take. Especially if we have no EL commitments.

Yeah i don’t get your point. Why do you love Burnley so much?

I just like Burnley because they are an unfashionable club who defy everything about modern day football. they average about 12,000 and spend next to nothing on transfers and out perform plenty of so called other teams with bigger reputations. Everton, West Ham , Newcastle and dont get the respect they deserve.
Anyway the main point of the post was about the state of Arsenal. 19 games is still a substantial amount of time imo and a worry that we have not gained a point on a team like this. Its not an Arteta rant just a highlight of how big his and our task is going to be going forward.

They have been taken over by an American investment group.

Even if they stay up Dyche will be gone in the summer I reckon.

Well it’s going to be very interesting how this goes now.
I’d be extremely concerned if I was a Burnley fan. I seriously doubt the plans they have for the club will be with any understanding of who they are or the town in general.
Like it too be positive and them have a moment in the sun but unlike a Walker at Blackburn or Whelan at Wigan they wont have any affection for them.
It’s a big task and only limited money they can make here. It’s whether they realise that which will define how it goes.

Dyche keeps them up on a limited budget doesn’t he? Can’t see them wanting to rock the boat while the prem cash rolls in allowing the group to take their slice.

they wont have any affection for them.

But this goes for most Premier League clubs owners, doesn’t it? Mostly foreigners who like the prestige of the League rather have any connection with the club they buy.

The more important question is though are these people capable? Uncapable owners can destroy the club (Blackburn), but if you have people who know what they’re doing this can be good (Leicester and now Aston Villa).

Usually with bigger clubs you can transform a bit of identity and mould it into that bigger brand. It’ll meet with some resistance but you’ll gain with a bigger fanbase and ride that out.
A club like Burnley though your not going to really grow and the town is intrinsically linked to your support.
It’s pretty much run at maximum now on that front. Bit of investment may allow for you to get some better players in and sustain yourself to be around for a while but it’s no point trying for much bigger.
The problem for all clubs but more so smaller ones is if it doesn’t work out they just destroy your whole infrastructure as happened with countless teams in the last few seasons.

10 years ago you might see something like this and think maybe a club with some backing may end up becoming a stable top 6 fighter but nowadays that doesn’t come so easy.

Burnley aren’t going to compete for the title or play in the Champions League. I can’t see them getting hundreds of millions pushed in and even if they did that guarantees nothing, so really the best case is they become something like a stable top 14 kind of club.

I don’t think you can really blame the smaller time owners for selling clubs but that reward isn’t worth the risk of it all going wrong if I was a Burnley fan.