I completely disagree, to me loans are important, we just usually have shitters like AMN out on loan who have no ceiling. ESR befitted wonderfully from his time on loan and Willock at the very least has shown he can have a career in the top flight.

Loans are great, our loan process not so much, we rarely seem to get it right.

The only argument I can see is that you sell off Nketiah and Lacazette and consider using Martinelli as both winger and occasional CF. Risky but I wouldn’t have issue with this.

Yeah, I think someone like Lokonga who had 2 somewhat full seasons at Anderlecht can spend a season being a rotational player while gelling with our team but someone like Martinelli has yet to have that full season playing week in week out.
If we can loan him out somewhere with an option to recall him if we have some sort of injury crisis then I think it makes a lot of sense.

Dunno, up to forehead to figure that out. He can either make it here or he can’t. A loan won’t prove shit just like basically no loans ever do. We can’t solve every problem we have with a loan.

He’s 20 years old and has strong competition currently as a forward here. I really don’t see how having a full season somewhere else in a Top 5 league would not be beneficiary.

ESR was essentially starting out, great time for a loan. Willock was nearly in a last chance scenario and he stood up to the challenge. Fair play, but we had how many players on loan last season and all we’ll really get for it are a couple of extra millions when Newcastle capitulate on transfer deadline day.

ESR at Huddetsfield, Wilshere at Bolton, Ramsey at Cardiff post injury. The only three meaningful loans we’ve had the last 15 years.

No more PL mins should be wasted on Laca, he’s off regardless. Invest gametime into Gab at CF in rotation with Auba

I guess I can see pros and cons to both options. Pepe’s absence is something I didn’t think about.

Just for the record I really like the kid and his hustle it’s not like I want to see the back of him or anything. Would just like to see him kick a ball this season.

@shamrockgooner ESR’s time in Germany was well spent too and he really kicked on from that. Though I would expect nothing less from the next Cesc De Bruyne

Might benefit him, might benefit them, won’t benefit Arsenal so idgaf. He’s plenty good to play ahead of anyone not called Auba at CF and more than capable out wide too.

Concerning the lack of movement on moving on the failing veterans.

I mean would you want to pay up for that?

ESR’s time in Germany was well spent too

Due to his injury issue, he only played a total of 28 minutes in three substitute appearances during his time at RB Leipzig.

Embraced it better than Nelson. I honestly thought he had a good time out there but I stand corrected.

I’ve been banging the loans are horseshit drum ever since a certain Mr Wellington Silva showed up. My knowledge is deep on the matter

What is it you don’t like about them. I feel like they’re useful in certain settings, had we done better with someone like Gnabry in the loan situation we might have came out better in that deal. 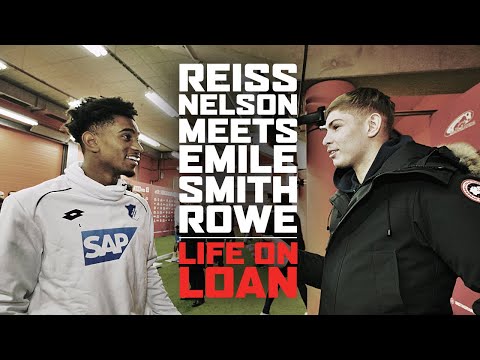 This is why I thought he enjoyed his time out there I remember watching that a few years ago and thinking it was good for Nelson and ESR, no idea why they even bothered if he was too injured to feature. I knew he only played a little but 3 substitute appearances, Jesus Christ

They’re basically never properly thought out. The loaning club rarely invests properly in the player, they are invariably a back up. Sometimes you luck out like Calum Chambers and end up playing a role you didn’t even go there for but even then, it’s three years later now, he’s still not a regular here and his contract is running down. So what was the point.

I said it plenty at the time, we’d have been better off keeping Gnaby than putting in the hands of Tony Pulis. The only thing me and AC ever agreed on that one.

The ESR loan at Huddersfield was great, I actually felt that would work but it’s a complete and utter outlier.

aid it plenty at the time, we’d have been better off keeping Gnaby than putting in the hands of Tony Pulis. The only thing me and AC ever agreed on that one.

Haha, yeh he was not happy about that one.

I mean I get not liking how we do them, we tend to make a mess of the most simple things but like you say that’s usually our fault. Chambers was Fulham’s player of the season I think - might be wrong on that too, but he seemed popular there and we absolutely could have made that work for us by selling him on we choose not to, but that’s because we’re dickheads with things like that.

Gnabry could have perhaps went out on loan to a German club, I joked about Nelson but it’s probably the only time in his entire Arsenal tenure that he’s looked like an actual footballer putting his minutes in, I know he didn’t really achieve much out there but we probably could have sold him on too or at least pushed him in a direction like ESR were we got him playing for a side ASAP.

Like I say I do get where you and Josh are coming from in regard to Martinelli but I think he’s got a good attitude like ESR and that can go a long way into a player making the most of a loan season. Though without a doubt Id rather see him over Lacazette this year.

Of course he is. Wouldn’t want him to leave anyway given he was our best CF last season.

Hopefully Gabi can fight Auba for the LW and get more minutes this season.

Drives me bonkers when the club starts slow and drops points trying to save a small bit on the transfer fee .

Need to keep him. Potential breakout season coming up.

He did get minutes when he became available originally in December, then got injured again in the warm up of one of the FA Cup matches. Fell out of favour for a period after that because we were having some reasonable success with ESR/Saka/Odegaard but got some minutes late in the season again when injuries started becoming a factor.

I think he’ll push for a starting role on the LW this season.