Apparently missed a media event recently that has pissed off the team. If true this two are fucking cunts and should be just gotten rid of, just sell them the way they are treating the club is disgusting. Keown feels that wenger doesnt trust ozil to play anymore because he doesnt seem to be injured and should be at least on the bench for matches 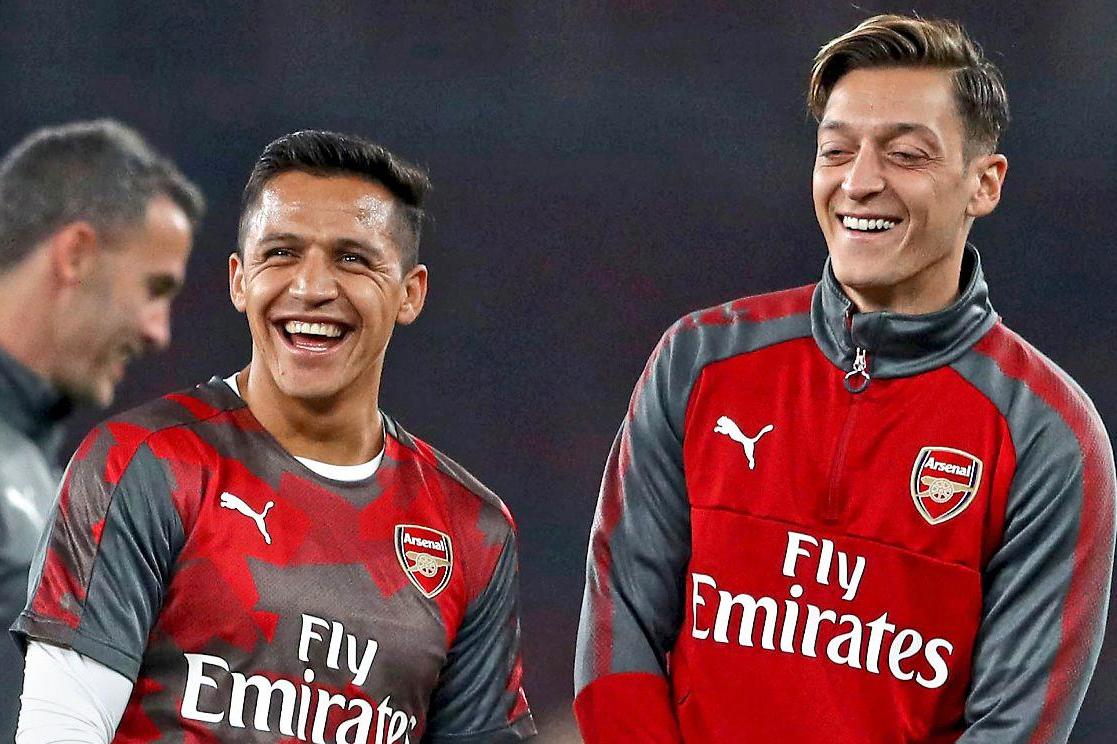 Arsenal players were left furious after Mesut Ozil and Alexis Sanchez failed to attend a club media activity day last month. The first-team squad were required to report to the club’s London Colney training base for a series of engagements to satisfy...

Follow Footballbible on Facebook and Twitter to get up to date football related news from the English Premier League, La Liga, Serie A, Bundesliga and other leagues around the World. News From Chelsea, Everton, Arsenal, Manchester United, Manchester...

Alxis has played well recently, tbh. He clearly wants to leave, but he is at least putting in an effort on the field.

I suppose regarding these 2 they are both 29 during this season so you’d want to be careful giving them long term deals on 300K + per season, the big problem for us is we won’t spend the huge money required to replace them adequately.

Should have never bought ozil in the first place and should have sold Alexis when we had the chance.

Probably AW made a mistake because sell him and buy an adequate replacement was the right way, but the chilean - despite it’s clear he wants to leave - doesn’t look a problem. No doubt about his effort.

Last July, when the team was in Australia, he talked about the potential new contract as an easy choice, his preference was to stay. Now everything is in doubt: his desire to sign a new contract is in doubt, if he is useful or not is in doubt.

Sincerely I was scared to see them leaving the club, but Lacazette, Kolasinac, the other players, showed which effort and desire to go forward.

I would love to see them out in January, replaced by other two players with the desire to fight for Arsenal and the qualities to be useful.

I don’t think both players will accept a transfer and possibly lose a hefty signing bonus in the process.

Maybe if we sell to English clubs, but not doing that in the summer and take a huge discount because they only have six months left would be soo stupid business.

To be honest, I blame mostly Arsenal and Wenger for this whole fiasco. Wenger as a manager because he is unable to manage his players and team well enough to compete for top spots and glory. And the Arsenal board for sticking with Wenger.

Sanchez and Ozil came in as those two big marquee signings, but Wenger completely bottled it with his prehistoric tactics and inability to win games that matter, besides the FA cup.

Ozil next Alexis are gone in their minds. This season is wasted upon them and us. It will be a long and painful one.

Time to sell them was in the summer.

My view on Sanchez was definitely keep over sell, but I had major reservations about how it would pan out nonetheless

I still think he’s behaving himself overall so far, missing a club event isn’t grounds for me to start the character assassination programme in earnest, unlike some of you

This situation was cut and dry. Needed to sell this summer. Özil contract situation should’ve been an ultimatum type deal: sign by the end of the summer or move on.

Negligence by the club. No other way to say it than that.

Club was damned either way, tbh

The pragmatist in me says screw the inevitable negative PR reaction and sell them, look to rebuild etc

Part of me thinks you have to give the club credit for taking the financial hit and keeping them. Maybe that decision resonates with the common arsenal fan better after years of selling and RVP

Definitely more damned one way than another.

The pragmatist in you is right.

It’s funny how our strategy’s success really hinges on Lemar and what he becomes.

A world class midfielder for Liverpool?

Sell them in january? Not enough time to sell both. Keep them for the whole season now, hoping they could do well for.

Time to sell them was in the summer.

Yeah. It would be ridiculous to sell them in January having not done so in the summer.

Like @sevchenko I’m a bit torn here. I was just about in favour of keeping them this summer but I’m already starting to think that I might have been wrong.

Yeah I think it was a case of damned if you do and damned if you don’t. I was more in favour of keeping them also but it’s looking like hindsight will tell us we should have sold.

The Alexis situation is slightly more confusing than Ozil’s. Ozil is better off out of the team, as recent results have shown, and I’m glad that the club have taken the best footballing years of his career and that he’s now about ready for the knackers yard. I fear he’s going to join one of the Manchester clubs or even Chelsea for free next season in which case, f*** off Ozil.

With Sanchez, he’s playing and to some degree he’s fighting. He doesn’t have to but I think it has something to do with it coinciding with a World Cup year. He must also have some sort of tenuous agreement with Wenger as to where he’s going next season and it won’t present a conflict of interest (i.e. outside England). In any event, however, he’s definitely off. There’s an “us and them” among the squad now, clearly depicted in the way they celebrate scoring a goal

I fear he’s going to join one of the Manchester clubs or even Chelsea for free next season in which case, f*** off Ozil.

Ive seen the rumours about Ozil to Utd and i just dont see it happening. He is far to lazy for one of Jose’s teams

Part of me thinks you have to give the club credit for taking the financial hit and keeping them. Maybe that decision resonates with the common arsenal fan better after years of selling and RVP

I can’t give the club any credit at all for the way they have handled this.
We should have sold at least Sanchez and done the business early on in the transfer window, which would have given us enough time to get either Lemar or a suitable replacement.

We now have not one, but both of our only world class players, seeing out the rest of their contract, knowing they will go to better clubs, and receive a massive signing on fee as well, while we get nothing in return.

Wenger never learns from his mistakes.
This happens far too frequently with our best players.