He’s a midfielder who needs to play in a more conventional midfield 2 or 3. He’ll go somewhere else and look a lot better.

It’s unfortunate for him two of our midfield spots require a high attacking output and the other one needs to be a complete do it all by yourself DM. He dosnt fit either of those positions.

He doesn’t get an excuse for looking worse than Elneny, Ainlsey, or even Ceballos(lol).

He has more going for himself than not. Clearly talented but he’s still incredibly nonchalant and has still no idea what we’re trying to do tactically. Got 2 full preseasons, a bunch of chances and had the blessing of multiple former players vouching for him and being signed under Arteta and Edu.

He’s blowing a big chance here of being an important player in a very talented young side that will be competing the next 5 years. 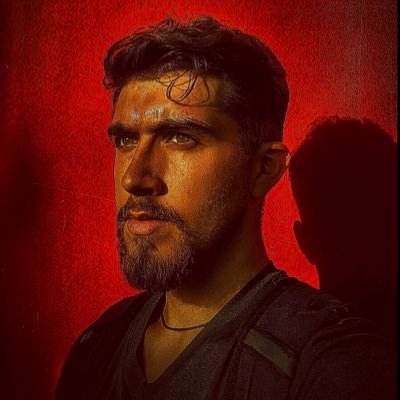 Buy him you rich fucks

No chance he goes with Elneny’s injury.

True. Would recalling Patino than use this brat.

Just get rid and accept that he is shite. Vincent Kompany should never ever be consulted again for any transfers.

He only looks shite when he’s asked to play the Partey role imo. He’s shown flashes of decent play as a more advanced CM, more like Xhaka.

Not sure ever good enough for the first team though so would happily take a bid of anything near 10m and let him go.

He’s too nonchalant and lazy to play any role in this team.

In short, he ain’t got that dog in him.

Bags of ability and talent but no mentality

if we do get Rice, I think we have the luxury to keep him for one more season and see if he will improve.
With Partey, Xhaka, Rice (and Elneny), Sami can just sit and learn

if we do get Rice, I think we have the luxury to keep him for one more season and see if he will improve.
With Partey, Xhaka, Rice (and Elneny), Sami can just sit and learn

What would be the point? He would play even less, his value will drop, and he’s not particularly useful.

The guy will be gone in the summer. Either on a loan or a permanent move.

Once we are getting back to CL, we will have more tougher (than EL) games and we will have plenty of games to test him out and evaluate.
Have a stronger and stacked team, we are capable to field more inferior players but not always the best 11, best 14…

Once we are in the CL we’ll have to actually have a squad of 23-25 proper players that we can rely on, if we are to challenge at all fronts.

Let’s be honest here, the kid got surpassed in the pecking order by f’n Elneny. Had this happened with Ceballos, Torreira, Guendouzi and Willock they would be ousted. All four are gone btw and have been deemed not good enough.

However much talent Sambi has, the guy plays with zero intensity in a team that’s all about intensity. He’s 23 now, plays for Arsenal in the PL has been here for 18 months, given multiple opportunities but we’ve failed to extract an ounce of intensity from him.
These are basics btw. Especially in football.

The fact that the manager has lost complete trust in him so far says it all. The guy responsible for signing him.
Dropped him after our thrashing against Liverpool at Anfield, didn’t do the same with Tavares who is with one foot out the door now.
Dropped him when Partey got injured last season in those 3 consecutive losses, went with Elneny instead. We were so desperate to sign a midfielder last summer we were willing to pay Villa 30+m for Douglas Luiz who had a year left in his contract and apparently not everyone was convinced by.
And now, Elneny is out and we’re back to the same state. Elneny out, club looking for a midfielder again.

the kid only had 6 appearance this season and not featured in any league game.
not even having a run of games certainly not helping his development and building his confidence.

he is 23 (only) and we are not really hurry to sell him.
not saying he is a gem but Eddie was pretty much non existent will the last several games in previous season. Probabl Sambi needs a bit more time.

Needs to figure out what position he can play. Not sure he has really learned enough here to do the defensive covering Arteta would want. Maybe he’d do better in a slower league.

His movement seems slow, and has lapses of concentration (Man U game), he ghost in games no matter the opposition. You can see has some talent but he just doesn’t kick on at all and the moment we can’t afford passengers.

He’s not press resistant and being slow a bit redundant of use.

He also has 0 urgency when the ball isn’t in his possession. It’s awful to watch.