It’s weird, I just wanted to see him play before casting judgement.

Yeh I played that card too, and also actually listened to some of the fans from his previous clubs that spoke of him in a positive light. All the celebrations from the first offer falling through haha, people thinking this might be a good thing because it will get Arteta the sack lols. So much hyperbole.

Ramsdale has been one of the most refreshing things about this season so far for me and this entire thread is a testament to the fact that no one knows shit about fuck.

Was horrible conditions for a keeper. Thought he did well in that regard.

My MOTM for the Brighton game. He pretty much kept us from losing.

The save he made which could have found his way to Maupay was excellent.

Yep, we need some of our resident goalies to tell us just how good that actually was.

Maybe just remembering the annoying stuff and it didn’t happen often? But he punted off the pitch several times, his kicking wasn’t very good but he seemed mad at teammates when looking for an option.

If we splash the cash and get a couple of class midfielders whilst selling dead weight. I wouldn’t even be mad at this signing. His young and a good shot stopper, also quite vocal but unsure how good he is a distributing.

fact that no one knows shit about fuck.

Just posting this for fun, spending 30m on a keeper when we have weaknesses attacking was annoying for alot of people. Ofcourse the thread was going to be negative.

The save he made which could have found his way to Maupay was excellent.

He springs forward to slap the ball away which takes huge confidence. He has the frame and athleticism to reach it. Everything about it was decisive.

Leno either peddles across the goal line or basically stays rooted to his spot in that same scenario. Goal for Maupay.

Ramsdale has been superb so far. Yesterday’s game was a huge test given how much pressure Brighton put on us, yet his handling was solid and he never panicked.

He’s got a lot of guts this lad. Love him already.

I just saw the highlights reel from the Spuds game again, but this time from another camera. That pass to Xhaka, that looked very bad and lead to our goal? From that camera angle you can see that just before Ramsdale passes the ball, Xhaka turns his head away. Probably to have look if anyone’s behind him (which there was), but that split second led to Xhaka not being prepared to receive that pass. So I’m not blaming that bad pass on Ramsdale

@WhoScored
🧤 Of those to make more than one appearance, Aaron Ramsdale (90%) has the best save success in the Premier League this season https://t.co/LtqNAMrOT6 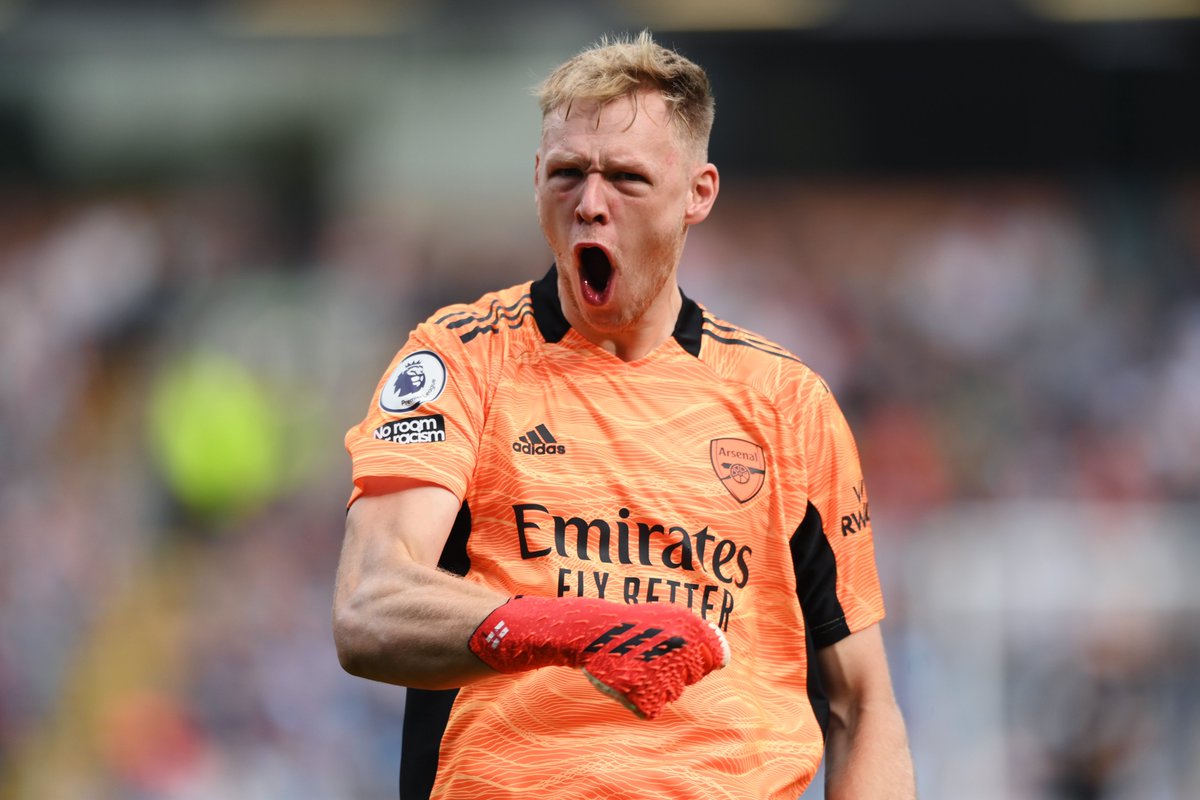 surely that face deserves to be used on this site?